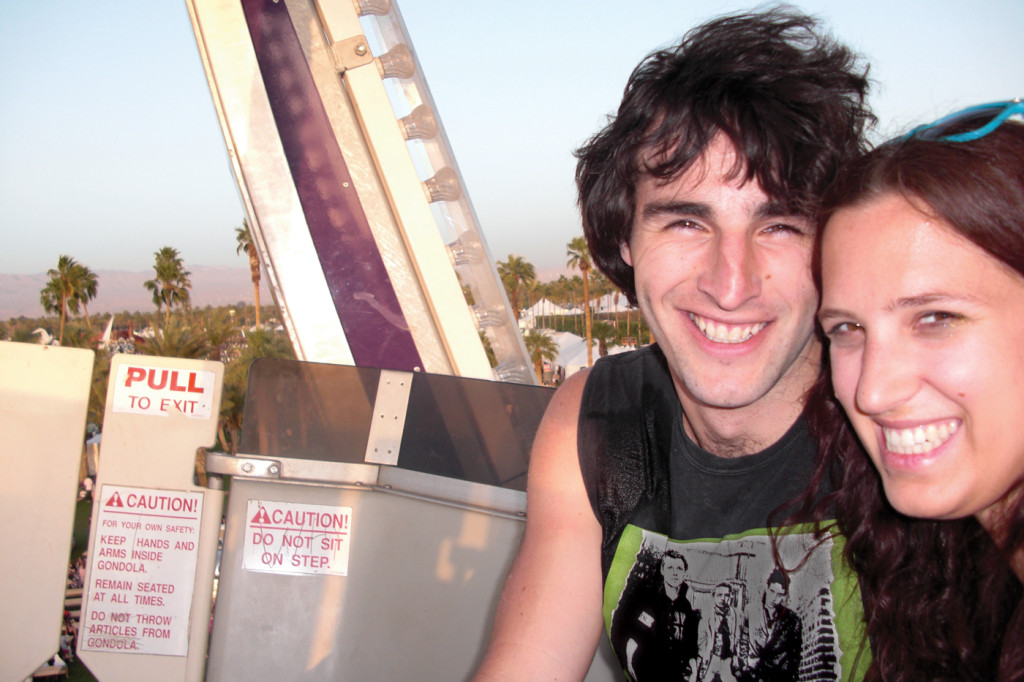 Duncan and Veronica in Los Angeles, on one of their first Habitat projects.

Founded in 1984, Habitat for Humanity New York City partners with volunteers to build affordable homes in all five boroughs with families in need. Volunteers from corporate, faith, and school groups and individuals work alongside future Habitat NYC homeowners and AmeriCorps members to construct the homes.

“We bring the community together by working alongside those in need of housing,” says Neil Hetherington, CEO of Habitat for Humanity New York City. “We say, ‘Let’s all do this together,’ because it makes radical common sense.” Many couples volunteer together, and most people who volunteer with Habitat, “get what we call ‘Habititus,’ and keep coming back to be a part of the organization.”

Duncan Wilson and his girlfriend Veronica are one of those couples with “Habititus.” Veronica had volunteered with Habitat before, and when they were both looking for jobs, Veronica suggested serving with Habitat for Humanity through AmeriCorps, a national service program that engages more than 80,000 Americans in intensive service each year.

“We both ended up working at Habitat Greater LA for a year, and decided to apply to other Habitats for another year and move elsewhere in the country. We applied to many, but heard first from New York, where I’d been really hoping to go,” she says.

Duncan was new to the organization. “I knew it was something I would enjoy. I made a few pieces of furniture during school, bookcases and a coffee table. Though the scale was small, it showed me the impact something I made could have on someone. Habitat for Humanity was an opportunity to put that interest toward a much bigger change in people’s lives.” 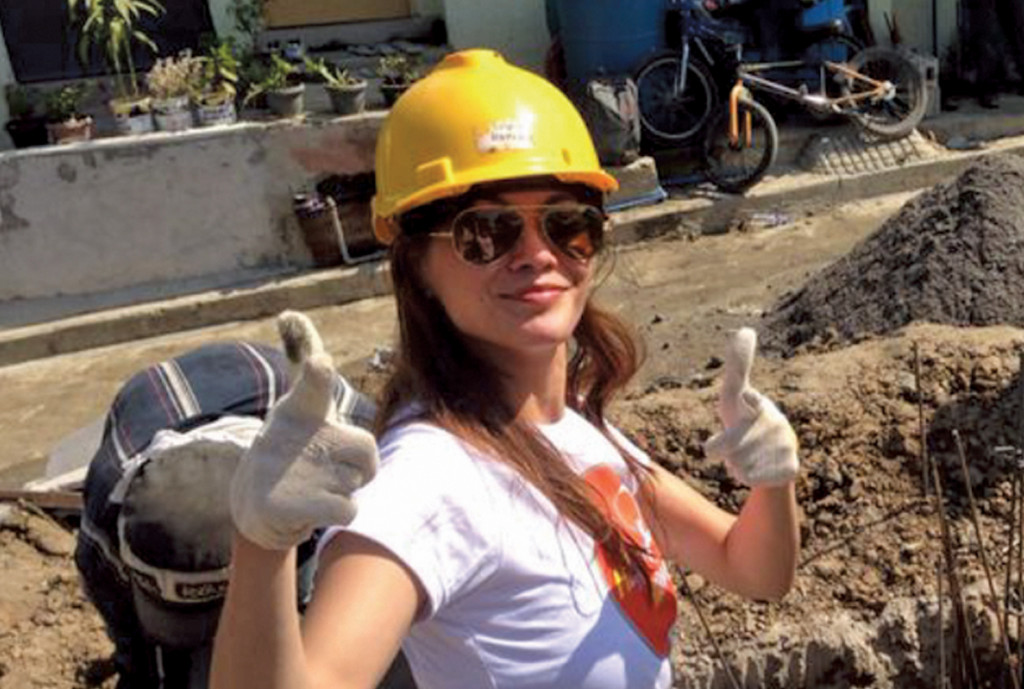 As we were going to press, one of our previous cover personalities, Evelin Weber, sent us the photo below from a Habitat project she was working on in the Philippines.

Duncan and Veronica in Los Angeles, on one of their first Habitat projects.

Duncan and Veronica’s work through Habitat has also strengthened their relationship. “I think it has fostered an ability to promote each other’s strengths,” Duncan says, and Veronica agrees, saying that volunteering together through Habitat gives them new insights into each other. “I’ve learned that Duncan is almost endlessly patient,” she says. “He’s always looking for ways to make something more than just adequate, and goes the extra step to make everything the best he can.”

Both Veronica and Duncan have led groups of volunteers, and that has helped them learn to effectively divide work between themselves. “It’s certainly increased our ability to work together to get things done,” Veronica says. “Being able to rely on each other makes other things about our relationship much easier, like cooking dinner or planning something.”

Neil is also aware of the insights couples gain through volunteering with Habitat, and regularly holds “Singles Build” events for men and women with similar interests. “It’s an opportunity for people to find Mr. or Ms. Right who also knows how to install a toilet,” Neil says. “The reason it’s so successful is the people there already have what’s really important in a relationship; they have a sense of community and a shared value of social justice.”

Both Veronica and Duncan agree that what’s satisfying are the immediate results. “We don’t always get to see that in our day-to-day jobs,” says Veronica. “Writing a report or analyzing data just isn’t as satisfying as finishing a roof or installing a window.”

Though the company will always focus on the process of building houses for families in need, looking towards the future Neil adds, “We’re asking ourselves now, ‘How do we change the system?’ We want to use the brand, the leverage, the volunteers, and the families to change government policies so we can continue to build those houses, but so perhaps we can affect affordable housing on a broader scale.”