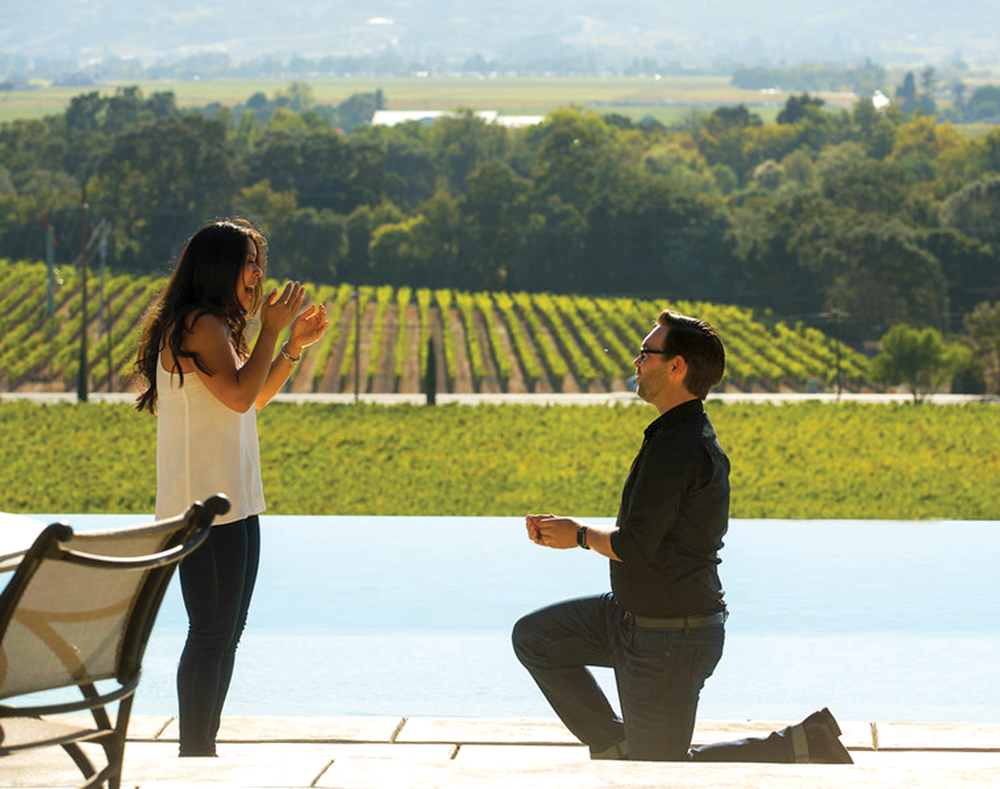 They met at a charity run in Central Park and told us a story of great mutual support. Now Bride- & Groom-to-be Daphnie Yang and Stuart Ashwood will honeymoon at  JW Marriott El Convento Cusco in Peru. For information visit www.jwmarriottcusco.com.

First Meeting: In Central Park,on a benefit run.
The Proposal: On a trip to Signorello Vineyard in Napa, California.
Backgrounds: She is a Personal Trainer/Race Coach. He is in Finance and is the Portfolio Manager for Four Points Advisors.

"Daphnie and I met on a 12-mile run in Central Park four years ago. She was the coach and I was a participant. I had signed up for my first half marathon through Team Challenge, a training and fundraising program benefiting the Crohns and Colitis Foundation of America. As someone with Crohns and a new resident of NYC after having moved from Northampton, England, I thought it’d be a great way to get in shape and meet some new people. I fell in love with the coach and still cannot believe that soon she will be my wife.

"I had skipped every training run of the season, since starting a new job at an investment firm and acclimating to life in the Big Apple kept me from making the very early Saturday morning training runs. I finally made it to the last run and spotted the other Team Challenge runners, jogged over, and introduced myself.

A few minutes later, the most beautiful girl I had ever seen came jogging up to the group. She was athletic, bubbly and had the biggest smile! She ran right up to me, said, 'Hi! You must be Stuart! I’m Coach Daphnie! It’s so nice to finally meet you! Welcome!' She gave me a huge hug right away. She was welcoming, cheerful, warm, and charismatic. I was smitten instantaneously. 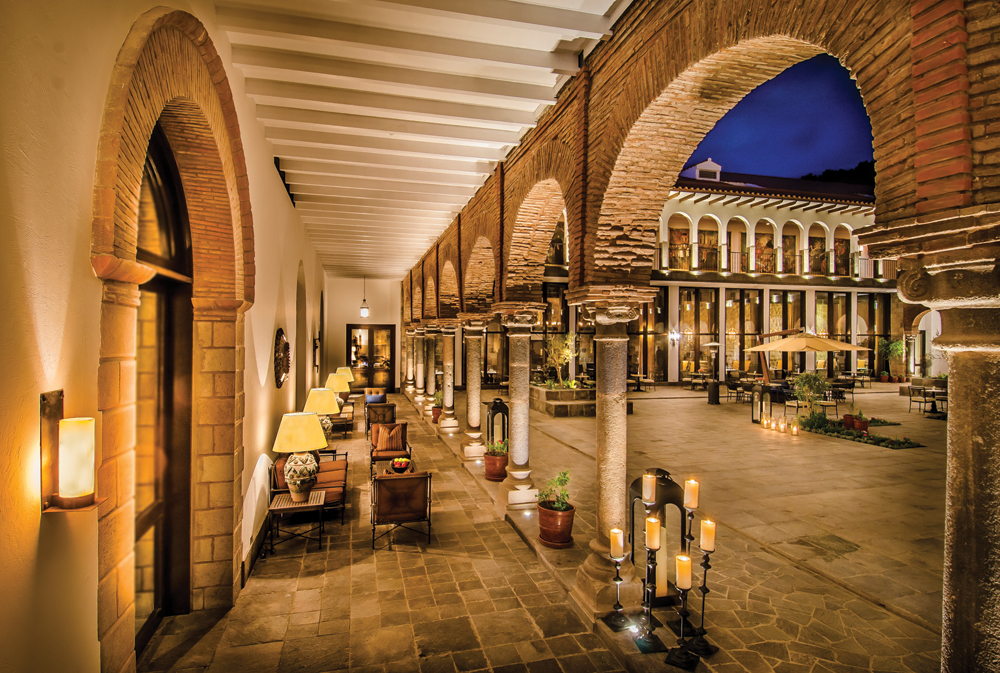 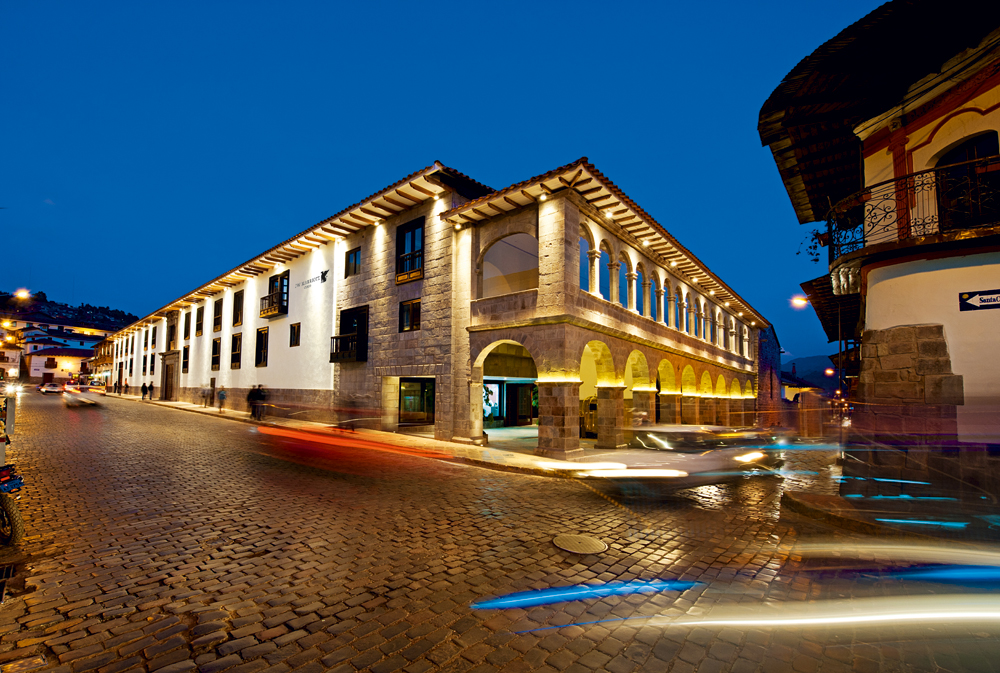 "We all began jogging. I took off as fast as I could, wanting to impress. I quickly realized my ability to run was far less than I thought and I began to slow down. Daphnie passed me after only one mile. She ran off into the distance and I trudged along, determined to finish the 12 miles. I was quite literally chasing Daphnie. It was probably the hardest two hours of my life. I miraculously completed it but was completely exhausted. While she helped me stretch, Daphnie kept saying, 'You did GREAT! Good job!' To this day I wonder where she gets all her energy.

"There was a celebratory brunch after the run and I decided this would be my chance to charm Daphnie with my English accent and not my running. I quickly cabbed home, showered, threw on a nice button down and tie and made it to the restaurant. Everyone was still in their running clothes. I sat across from Daphnie. 'Hi Stuart! Oh, you changed clothes! You look so nice!'

"We talked the entire brunch and had so much fun getting to know one another. Two weeks later all the runners, Daphnie, and I flew to Las Vegas to run the half marathon and I took every opportunity to steal her away. I learned she grew up in California, was obsessed with pandas, loved outdoor sports and baking. She learned I was a golfer from England, was new to running, and could make a mean Beef Wellington. That weekend I ran my first half marathon and we completely fell for each other.


I asked her out the day we returned to NYC and we have been inseparable ever since. I did another season of Team Challenge and soon became co-coach alongside Daphnie. It meant so much to me that she coached season after season to inspire people to lead healthier lives and fight for a cure for Crohns disease. I never thought I’d be a race coach, but Daphnie inspires everyone around her to do what they once thought impossible.

"Who would have thought that a boy from small town England and a girl from a Chinese-American family in California would meet in the middle in New York at a run in Central Park?"

"Our teamwork has helped us overcome many health challenges. Stuart has Crohns disease and has undergone many ups and downs with his health the past four years, but we were thrown for a loop when the tables turned. Stuart and I were playing soccer on a co-ed soccer team when someone from the other team collided with me.

"I hit the ground hard and knew something terrible had happened. It felt as if my leg had snapped in half. I completely tore my ACL, a major ligament in the knee. The road to recovery was long and arduous. I had to learn how to walk again.

"As a race coach, personal trainer, and fitness instructor, my life revolved around my vitality. All of a sudden, superwoman was no longer super. Stuart was there for me every step of the way, taking care of my every need in the months after the ACL repair surgery and emotionally supporting me, giving me strength to survive the year of recovery. The ACL injury turned into the best thing that ever happened to me. It brought us even closer and made our love for each other stronger and deeper.

"I proposed to Daphnie while on vacation in Napa, California. As I started to tell her how special she was to me, she realized what was about to happen and immediately started saying 'Oh my god, oh my god! It's happening!'

"I started off chasing Daphnie on that November day in Central Park and to this day I can’t believe I caught her."