You are at:Home»Insights»Glamorous Events | Create a Theatrical Experience 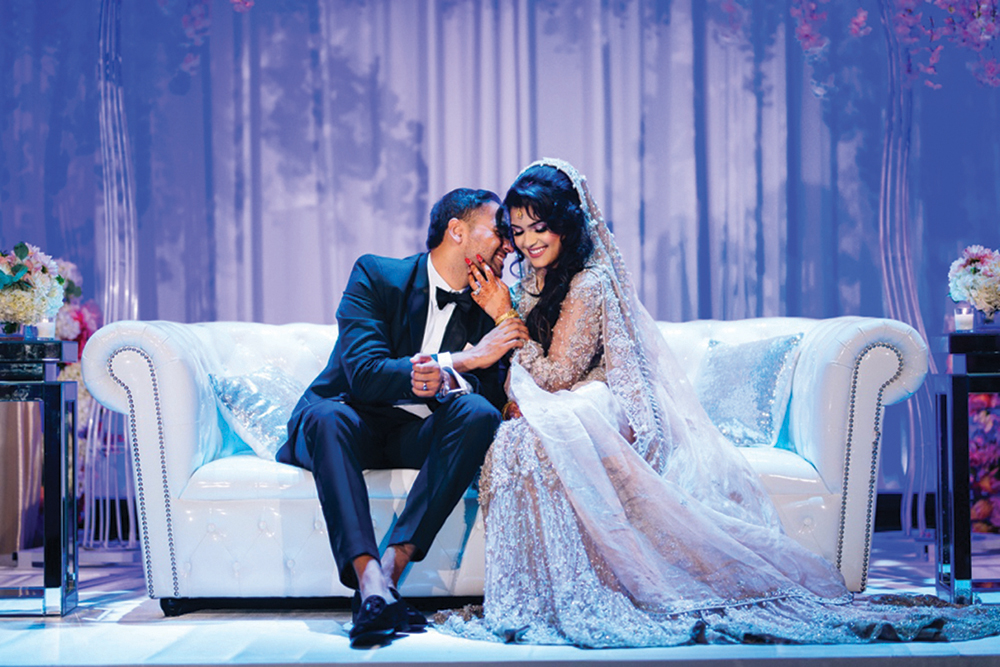 Details Make The Difference. “Choose your planner and  decorator based on their ability and their value, not just on their price quote.”

Be Open With Your Wedding Vendors. “Let them know what you want, so you get what you pay for.”

“We start our process by learning our couple’s vision and budget,” says Sunita Sadhnani of Glamorous Event Planners and Productions. The firm, which specializes in Indian weddings that last several days, has extensive experience in creating elaborate events. “After that, we narrow down a list of venues, visit them with our couple, and begin to get a sense of what they really want. From there, we customize creations that’ll bring their vision to life. And our focus is on them. Only one wedding. Especially a big Indian wedding, which typically has almost 300 people.”

One recent bride wanted her wedding to incorporate the colors of India’s national bird, the peacock, so Sunita and her team created a large, handmade peacock fixture with beautiful feathers that sat center-stage. “We took blue, purple, and gold flowers and mixed them in with peacock feathers. We also adorned the room with purple drapes, candles, and LED uplighting.”

Another Indian bride wanted the entrance to have a statue of Lord Ganesha, the Hindu god. “A traditional Lord Ganesha statue is bright gold, but to complement our modern all white décor, we created a large ice sculpture of Lord Ganesha instead. It matched the aesthetic of the wedding a lot better, while honoring the bride’s tradition.” 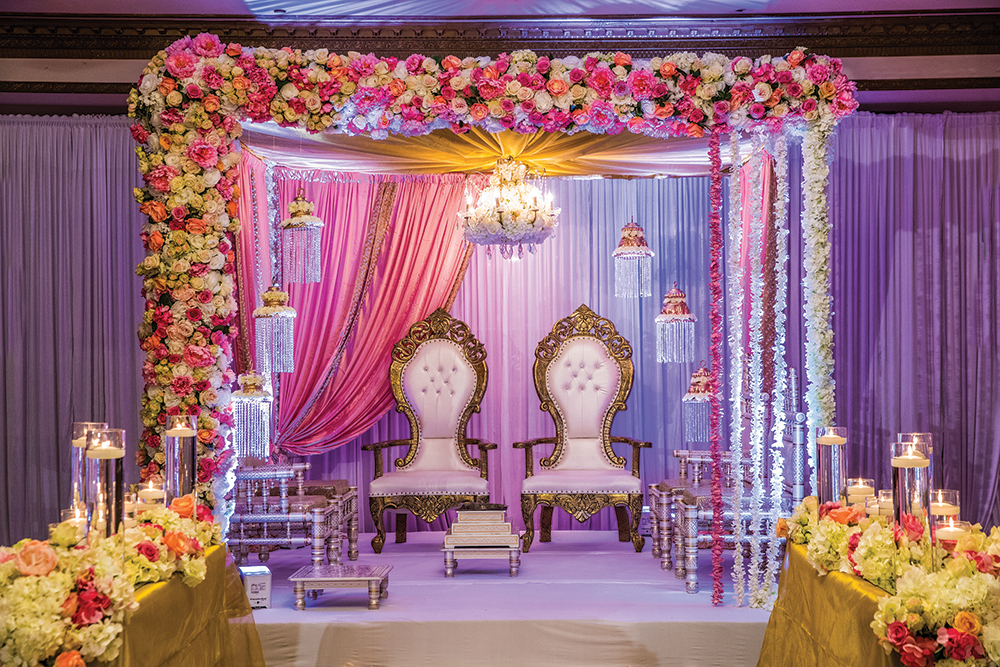 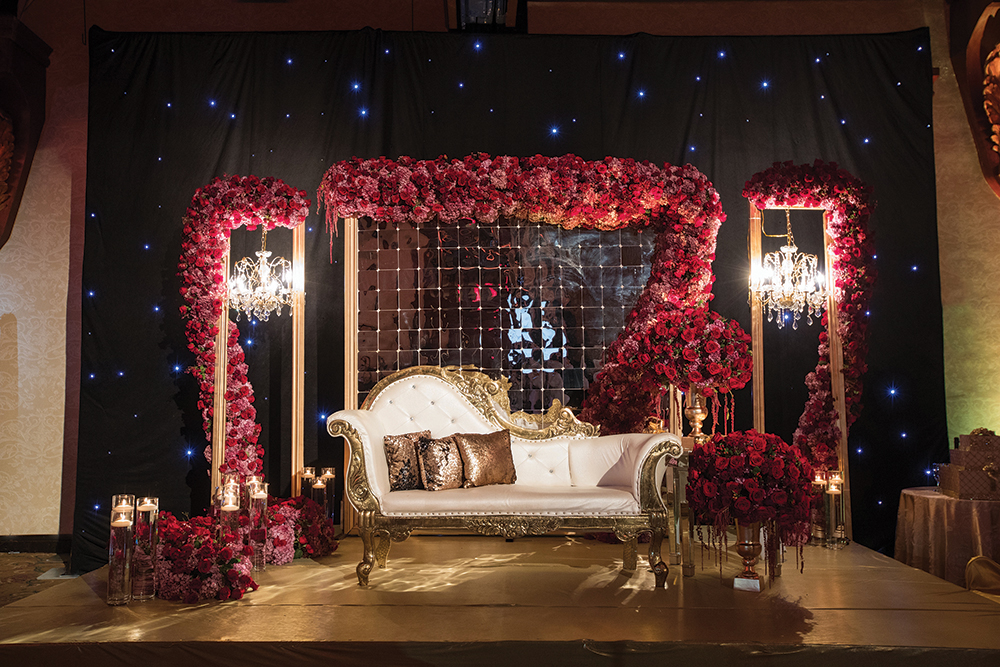 “I Want Something Amazing”

Another bride said, “I want something amazing,” but as Sunita tells us, “That’s what everyone wants!” The bride had a limited budget. “In  those cases, we enhance the décor with candles and silk.” Sunita tells us that the stage where an Indian couple sits is very elaborate and impressive, much more so than an American wedding’s sweetheart table. “Most of the pictures are taken there too, and so we design the bride’s stage with fresh roses, hydrangeas, and orchids, as well as candles and silks, to make it the focal point of the room.”

Another bride was getting married at OHEKA CASTLE and asked to see samples of the various items for each event. “The bride wanted a beautiful mundap draped in custom gold and red fabric. So we called our contacts in India and got a sample sent that matched her vision.”

They also hired special entertainment: Every hour the wedding guests enjoyed a customized performance. “This was the largest wedding we had ever done. They were all so happy, the father called me after the wedding and said, ‘It was unforgettable and a lot of fun. My guests couldn’t believe how big the wedding was.’”

Sunita used to outsource her décor creation, but too often suppliers didn’t provide what was ordered. When she designed the wedding of her best friend’s daughter, for example, she ordered roses.

“But when the roses arrived, they were the wrong color. The supplier told me, ‘The roses are fine. Just spray them.’ But I had gone to their ware- house months ago, picked out exactly what I wanted, and those were not what I ordered.

“After a few more experiences like that, we realized we should tell our brides we were only going to create something if we had full control — so we began doing the actual décor production ourselves.” 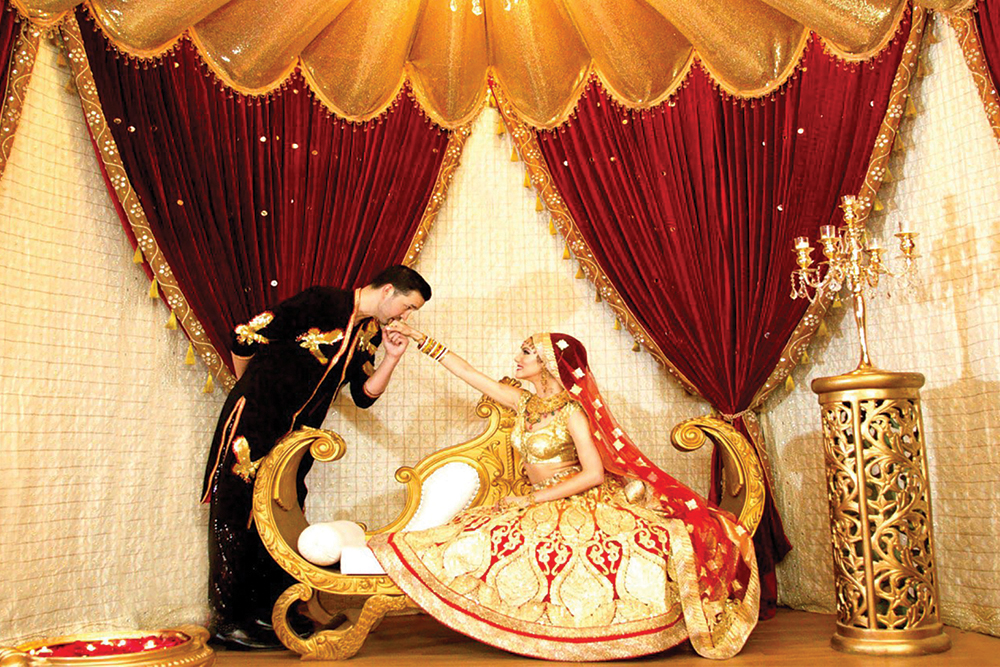 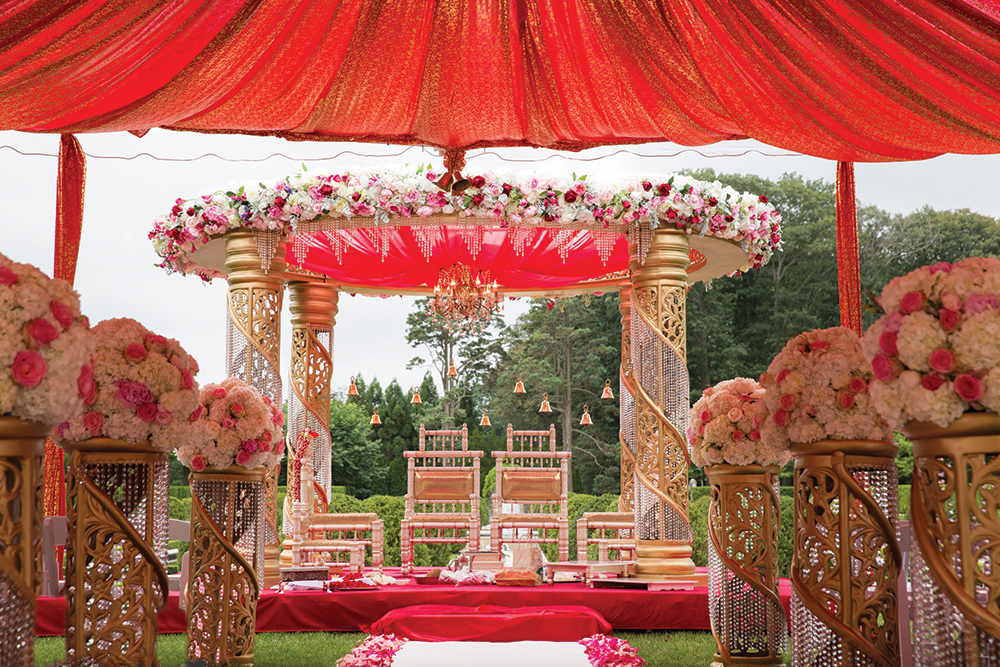 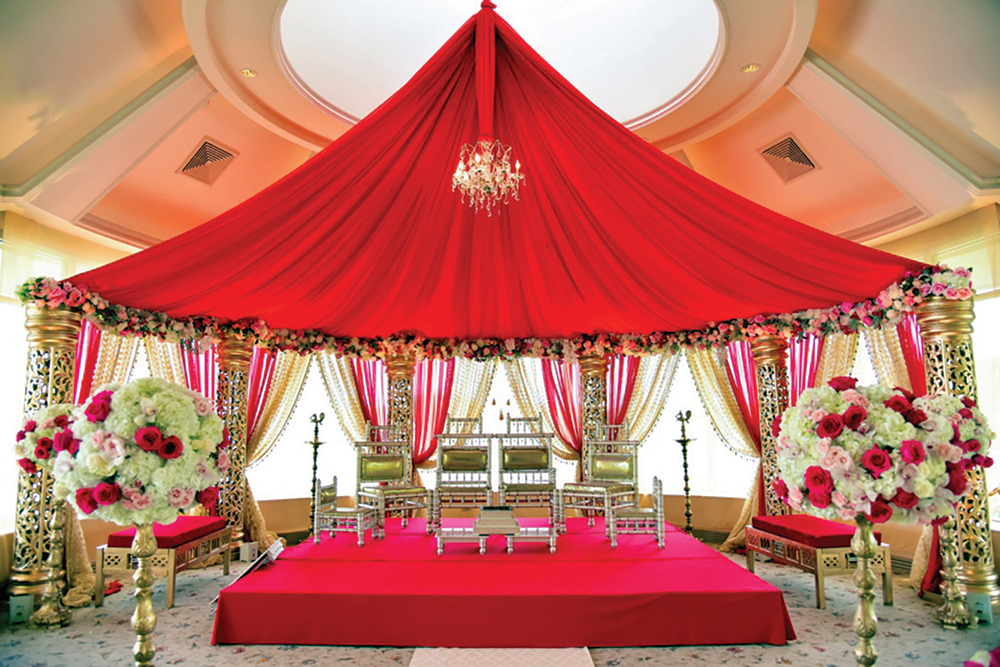 “Tejal Kamat used to work for me and now she’s been my partner for years. I was happy to have her join me as a partner; she is as passionate about creating décor as I am. And she’s a top-notch wedding planner.”

Sunita was a bank trader for years. “Each day, I was awake by 5 am and trading by 7 am. I made a lot of money for all those years, but now I let my husband worry about the money-making. I’m doing something fun!

“In the end, the most exciting part of a wedding is seeing a couple smile when they see their vision come to life. After that, they enjoy their wedding day and we know we’ve contributed to one of the happiest memories of their lifetimes.”