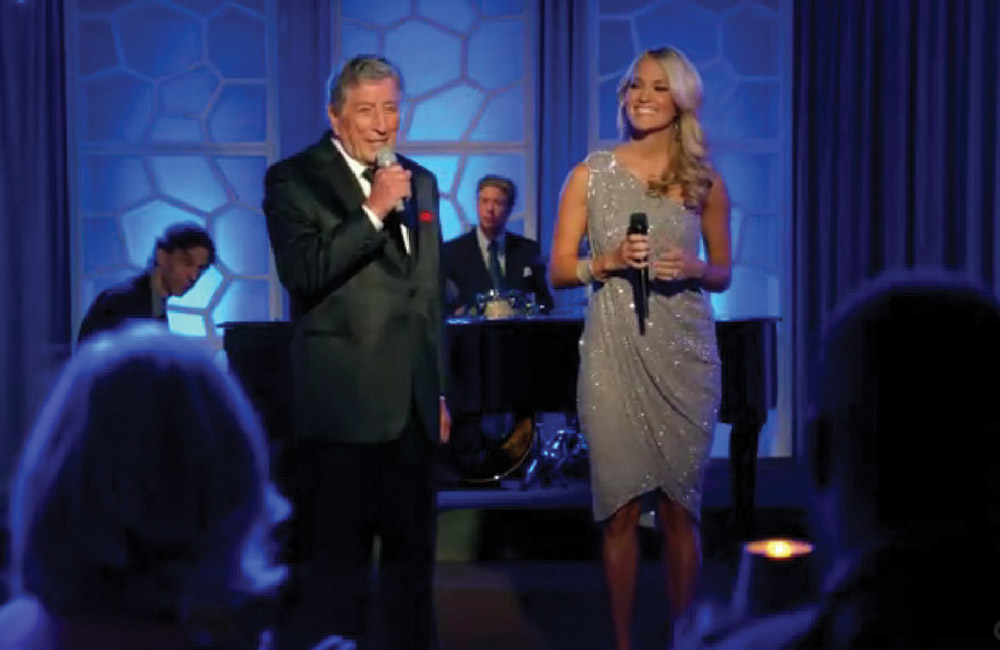 Celebrating The Wedding Couple. “No matter what your band may play, how loud, how soft, or how dynamic, the big show is the bride and groom. We try to get to them by way of our music, and make them the stars.”

“I want to get an assessment of who is coming to your wedding,” says Robbie Scott of New Deal Orchestra, “so we can know the age groups and musical styles. That helps me know what is going to make them dance  “Rarely is there a bride who doesn’t know what she wants. The people who call me are usually very tasteful in their decision-making and want the popular American standards of the 20’s to the 80’s. They like music of the big band swing era and hot jazz. It’s easy to dance to, most people recognize it, and it’s classy.” 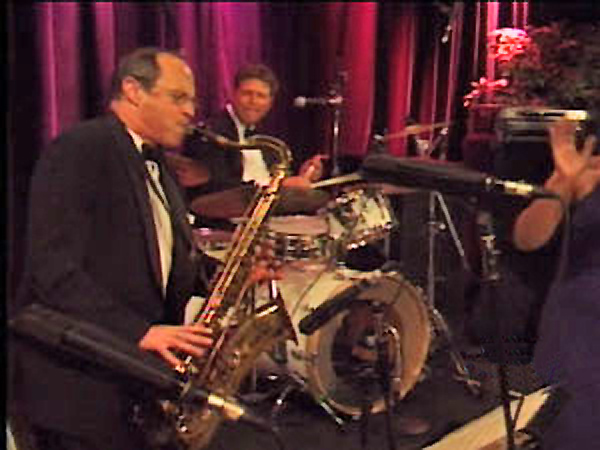 Robbie starts with a play list, but will modify it as needed once he sees the crowd. “It’s like a quarterback coming up to the line and making a change in the play.
“When I talk to the bride and groom, I ask for their top 20 songs. If we have 17 of them in our repertoire, then we’re off to a good start. It’s my hope that the bride and groom also give me a good assessment of who is coming. But there are some songs that will get almost anyone up and dancing.

“Take Elvis Presley’s ‘Falling in Love with You.’ Even shy people get up and dance to that. I also look for catalysts, people who get up and dance without any prodding. I find out what they want, because when they’re on the dance floor they’ll draw other people out.

“Another thing I do is make sure the maitre d’ lowers the lights. People who have not appeared on ‘Dancing with the Stars’ don’t want to dance under bright lights!
“At some parties, I could drop a tray and 10 people will get up and dance!" At other parties, many people are not dancers. "Doesn’t matter. We pick a lot of tunes that are very danceable.”

“The bride is the center of the world that day. So we’re not too loud during the cocktail hour. We let people talk and catch up. If the cocktail hour is too boisterous it takes away from the wedding. No matter what we play, how loud, how soft, or how dynamic, the big show is the bride and groom. We try to get to them by way of our music, and make them the stars.” 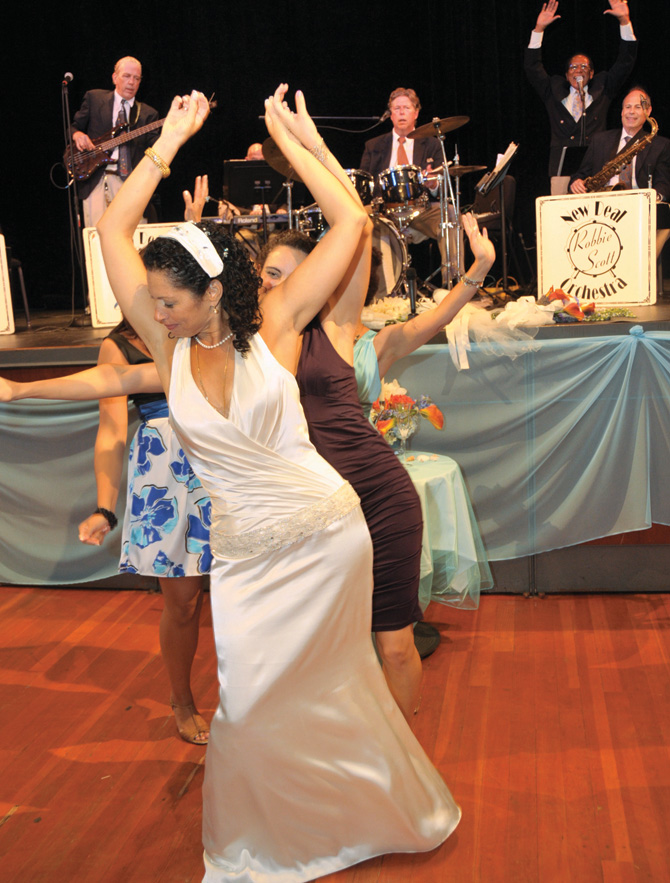 Robbie and the New Deal Orchestra play very energetically, “but we aren’t so loud that we prevent people from talking across the table.” He would rather rely on the band’s great versatility. “We can play many styles very well. That’s our strength. People call us because of that more than anything else. If you’re looking for the very latest hits, we’re not your band. If you want an all-serious classical ensemble, that’s not us either, but we do have specialists who can come in and do that for the ceremony.”

After playing for years with other bands, Robbie started the New Deal Orchestra. “I’ve been playing since I was seven years old, banging on the pots and pans.”

Robbie has appeared in a number of movies and TV shows. For example, the CBS-TV show “Blue Bloods” recently wanted someone who could play the drums. “They didn’t want an extra. The show stars Tom Selleck, who I knew from coming to the Carlyle Hotel, when I would play with Bobby Short.”

Robbie also played for 10 years with Woody Allen at both Michael’s Pub and the Carlyle. “I would back him up with six other musicians playing hot jazz from the 1920’s, as I did with other stars.” 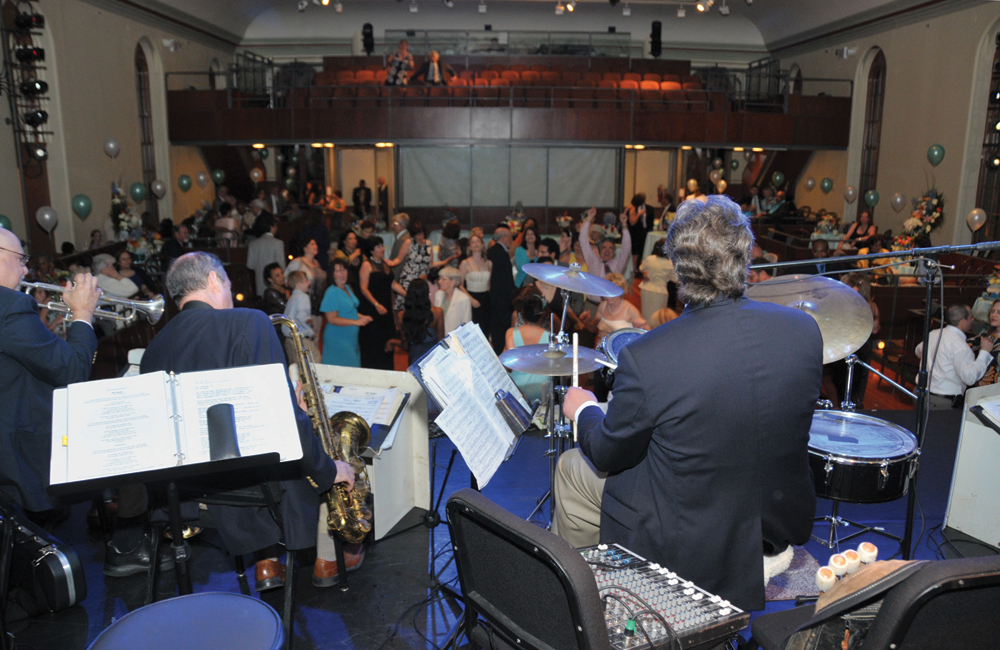 The Big Thrill: Packing the Dancefloor

What’s the most exciting thing about playing at a wedding? “That’s my favorite question! When I see the dance floor packed and people responding to the music, the band right on the money with a medley of tunes that keep people dancing, and the energy building up into a crescendo of good feelings, that’s the most exhilarating feeling!

“We try to follow the wishes of the bride and the groom and their ideas and feelings but I have some sure shots. I can get just about any crowd out and boogeying.”

To help couples watch their budgets, Robbie evaluates the musical styles they want. “If they want a big band, swing and jazz, we’re not going to do it with a quartet, but 10 pieces might sound as good as 15 pieces. So I just ask the question: ‘What do you want to spend?’ Most of the time I always give them something for free. For example, if you hire six or seven musicians I might give you the ceremony and the cocktail hour for free, or one additional musician for the ceremony or cocktail hour. I try to work with each couple financially.

“The key to our success is that we play with a great sense of enthusiasm, and we’re probably one of the most versatile bands out there. We do a lot of styles of music very well.”