You are at:Home»Insights»Venues: Budgets, Menus, & More»Château Grande Hotel | A Boutique Hotel for All Your Needs 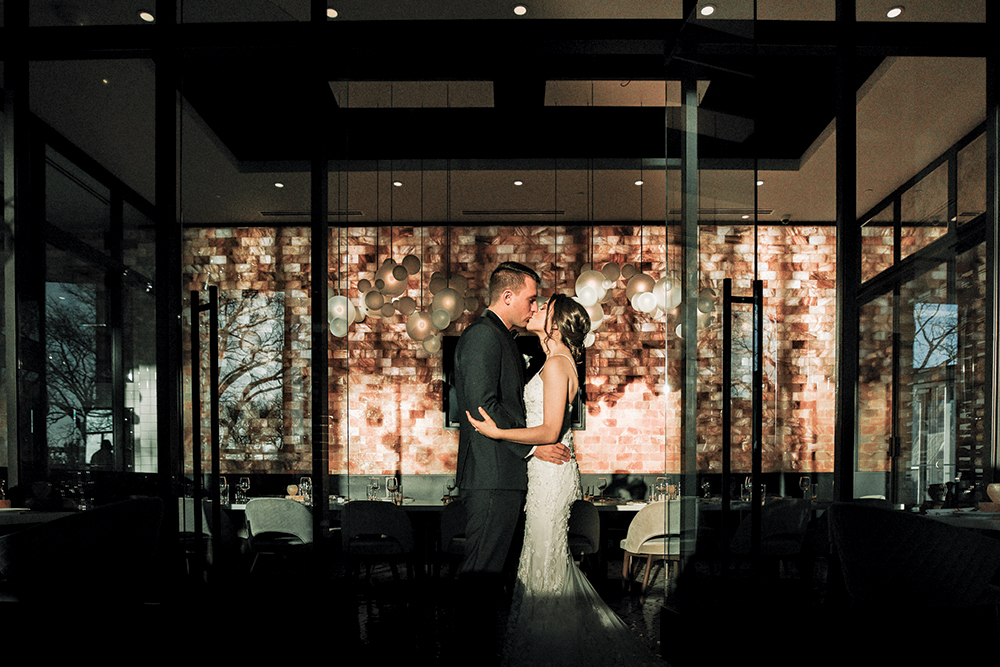 “We always try to make things a little different and special,” says Chef Avila. For the lobster rolls, Avila poached fresh Maine lobster, then chopped the tender meat into small chunks and used crème fraîche and butter lightly seasoned with tarragon to bind the mixture ...

... Right before serving, he delicately seared the potato brioche rolls to add color and texture, passing the rolls to the guests while still warm.

She was beyond excited for her dream wedding at Park Château on March 20, 2020. But Covid-19 and the statewide shutdown derailed her plans. So Donna Perruzza and her fiancé Chris rescheduled their big day for November 2020.

When Covid’s September surge began, as a medical student in the healthcare field, Donna says, “I could not put my family and friends at risk. So we canceled again.” Then Donna and Chris opted for a small ceremony in December of last year and scheduled their “big-to-do” event for November, 2021, a full year later. 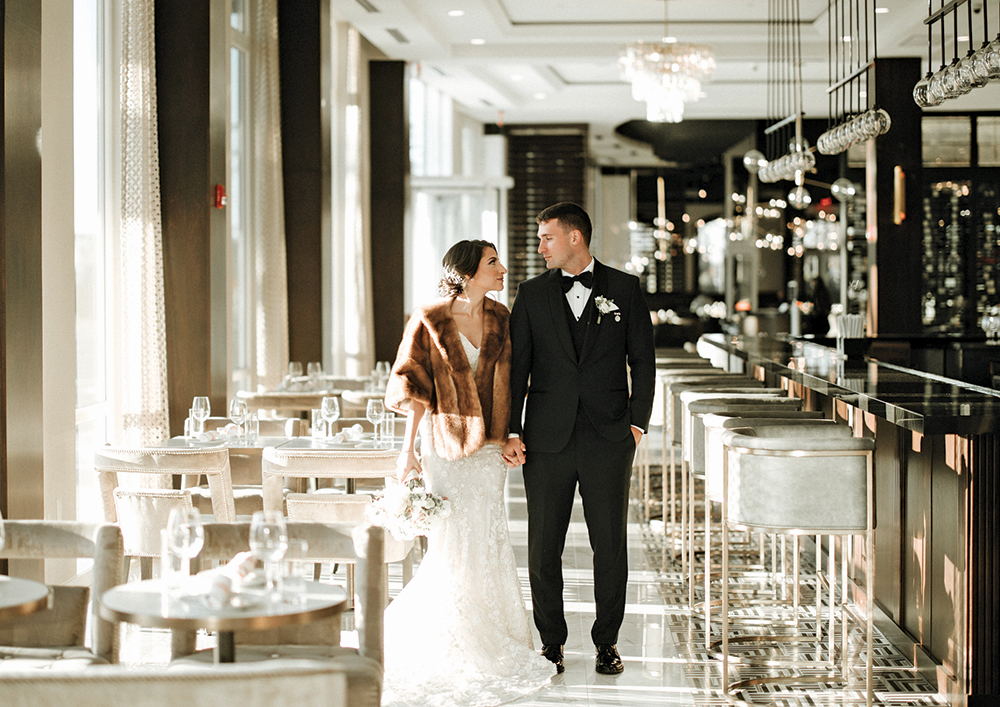 For their smaller celebration of 27 guests, Donna and her mother, Rosanne, chose Château Grande Hotel on the Park Château’s 15-acre campus in East Brunswick. Though the luxury boutique hotel was in its final stages of construction, Donna had faith that the owners, who also own Nanina’s in the Park and Park Savoy, would meet their projected early December opening. She also was reassured that the owners had partnered with celebrity chef David Burke for the hotel’s restaurant and private events, Orchard Park by David Burke.

A few months before the celebration, Donna faced her medical board exams and her mom, Rosanne, took over the wedding planning. “I dealt exclusively with her mom and didn’t meet Donna until the week of the wedding,” says Inez Bennett, Château Grande’s event planner, with over 20 years of experience. 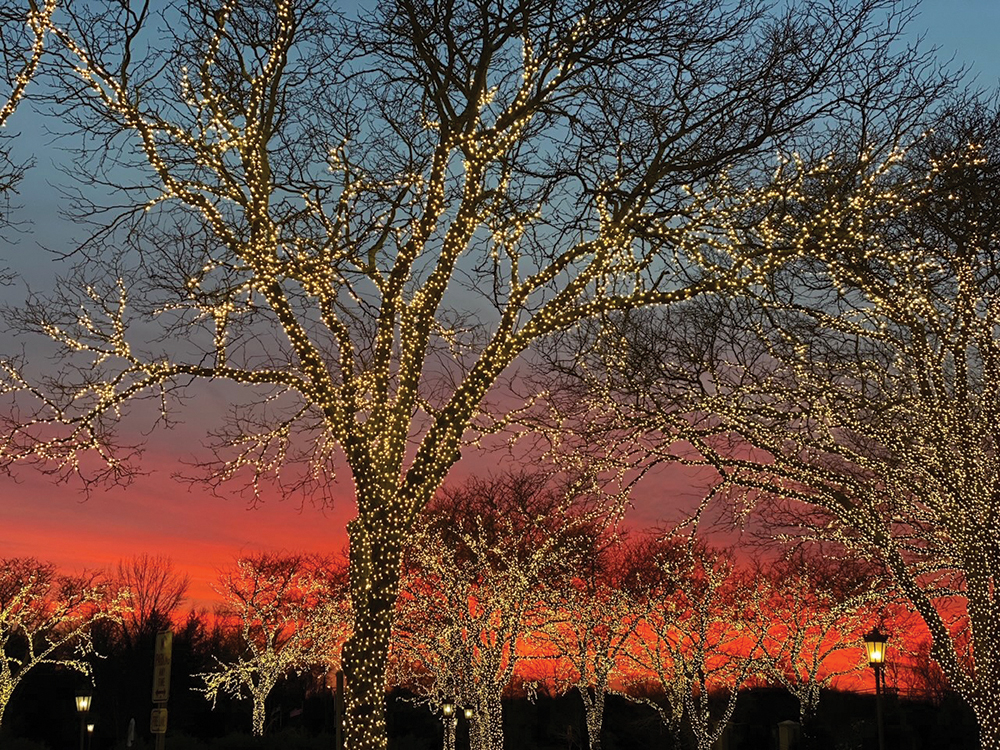 “The details used throughout the hotel and restaurant are unbelievable,” says Donna. “It reminded me and my bridesmaids of ‘The Great Gatsby.’ I love that Park Château has so many options: a hotel, a restaurant, a large catering hall, a chapel, and gardens. No one needs to drive anywhere.”

Donna and her mom wanted a classy, intimate, yet relaxed ambiance for the wedding day. Both James Beard Award-winning Chef Burke and his Executive Chef Pedro Avila are highly skilled in creating any kind of culinary event, including Donna’s relaxed, fun evening with serious food.

A Cocktail Style Reception ... “We opted for a cocktail style event instead of a formal sit-down dinner,” explains Donna. “All our guests were either tested for Covid-19 or had quarantined for two weeks. We felt safe and after so many months of lockdown, we were looking forward to milling about and being with each other.”

Donna and Rosanne chose six passed hors d’oeuvres, carving stations, taco stations, and a chocolate fountain. “We had to have lobster rolls on the menu, because Chris and I had met as undergrads in New England and it’s one of our favorites.” 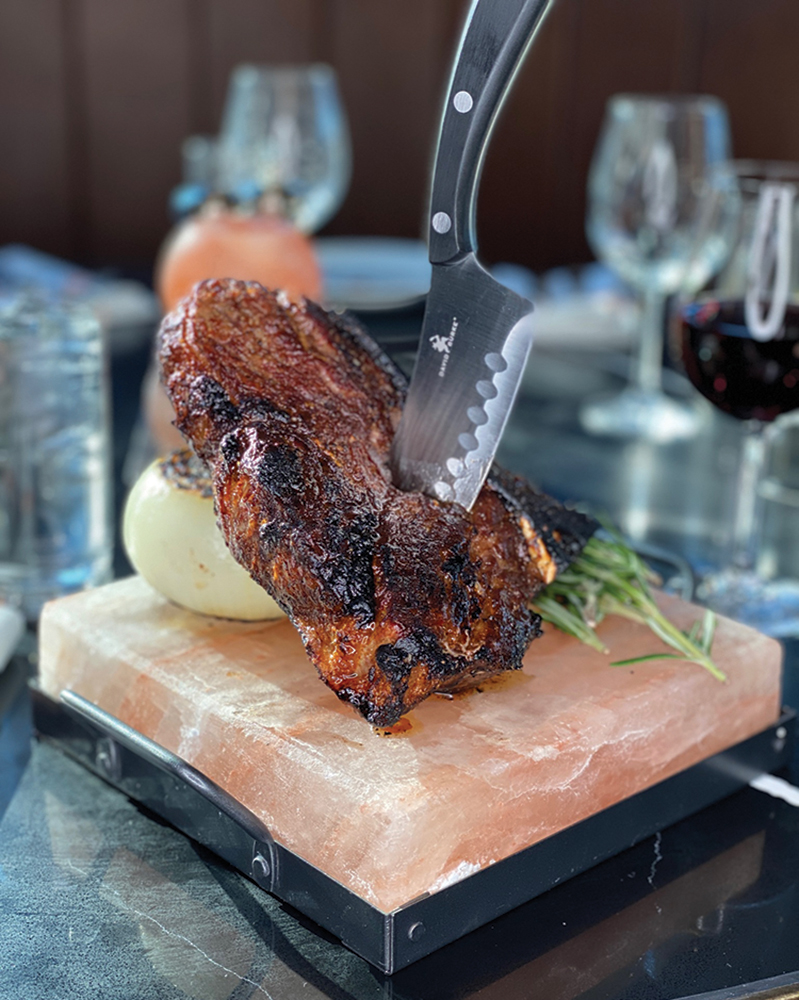 “We always try to make things a little different and special,” says Chef Avila. For the lobster rolls, Avila poached fresh Maine lobster, then chopped the tender meat into small chunks and used crème fraîche and butter lightly seasoned with tarragon to bind the mixture. Right before serving, he delicately seared the potato brioche rolls to add color and texture, passing the rolls to the guests while still warm.

The bride also raved about the Hipster Fries served at the carving station. Made entirely in house with blanched potatoes, fried immediately after taken out, they were then mixed thoroughly with blistered shishito peppers, crispy bacon, freshly grated parmesan, and chili oil.

“Our wedding was on a Tuesday, so we thought, why not have Taco Tuesdays! My favorite was the short rib filling,” says Donna. “The chocolate fountain was not like anything I had seen before and the chocolate hardened quickly after dipping the strawberries so I didn’t have to worry about my dress.”

“The interactive stations are fun for guests and very popular with today’s brides,” says Chef Avila. For dipping into the chocolate, in addition to strawberries, the chef also provided pineapples, Rice Krispies treats, and pretzels.

“The December wedding suited me perfectly,” says Donna. “I love the holidays. The Château Grande looked magical with its entrance lined with trees, wrapped with what seemed like millions of twinkling lights. It was a perfect wedding day!

“The restaurant and hotel faced west and the late afternoon sun was streaming in. It was gorgeous,” says Donna. “When the sun hit the salt wall, it was such a beautiful pink color. Now we plan on celebrating our anniversary there every year,” says the smiling bride.