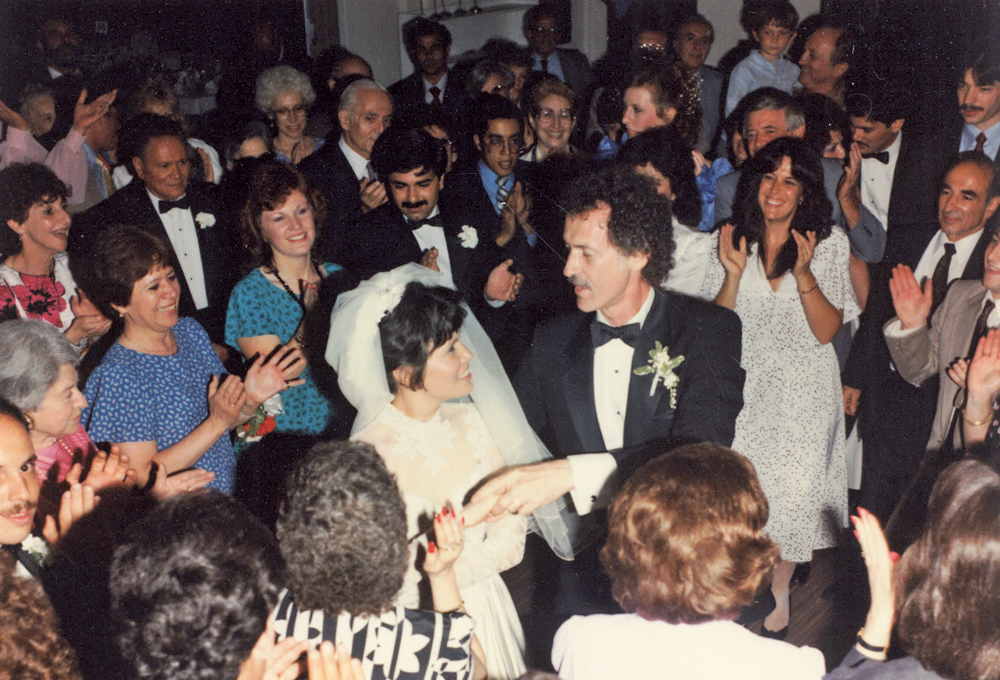 Honoring Loved Ones. “They converted the space into a home. The general manager of Faculty House was constantly asking me, in a very gentle way, ‘Is there anything we can do?’ Everyone was so respectful. That made the Faculty House more special than any other place I could have been."

A Warm Welcome Time After Time

He was the principal at P.S. 84 in New York City. She was a teacher meeting him for a job interview, and she got the job.

“Sidney was my mentor,” says Jacqueline Morison, “so when he eventually asked me out one day, how could I go out with him, even after he said it was just one colleague taking another to the opera?” It was just before summer vacation and they went to an Italian restaurant in the Village and then to a little place that played jazz.

“He was traveling to Berlin the next week, and I was taking my parents on a tour of Europe. He asked for my itinerary, just in case. Then, in Venice with my parents, I was telling my father that Mr. Morison might join us when my father said, ‘Here he comes,’ and he joined us!”

The Proposal & The Wedding

Back in the city, they continued seeing each other, and on Valentine’s Day he proposed. Jacqueline’s mother recommended the Faculty House at Columbia University. “Sidney was a graduate and we often went there when we were dating. We fell in love with the space and picked a date.”

Their wedding dinner started with gazpacho, followed by a choice of sirloin steak, chicken marsala, or grilled salmon. “Our wedding cake was four layers with white flowers on top. We saved the top layer and celebrated a year later.”

They renewed their vows twice, three years later in a church and then 18 years later, also on the same day. “We were inseparable. We were always holding hands, and every evening we would go down to the river.” 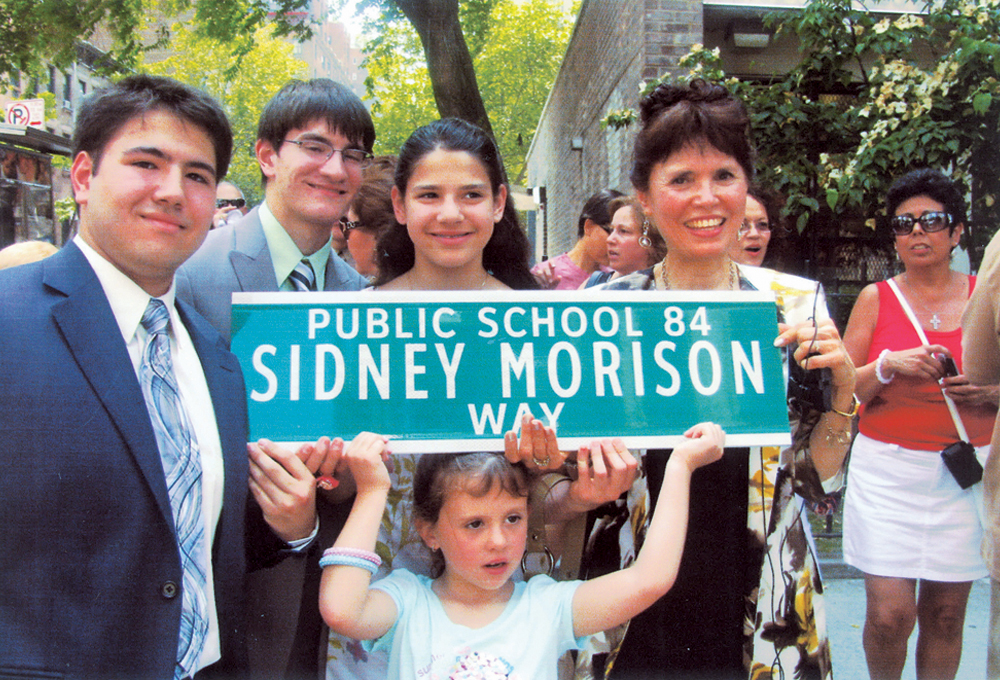 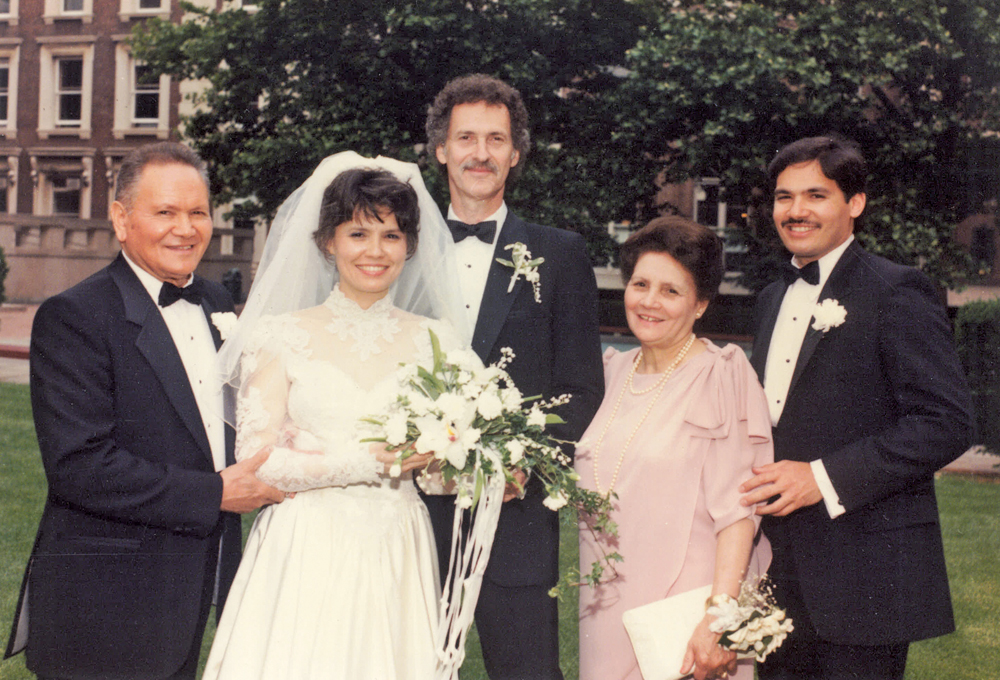 Years of devotion and a shared passion for educating children passed, and Sidney became ill. “I stayed by his side all the while in St. Lukes Hospital. After 24 years, four months, eight days, and five hours of marriage, Sidney died in my arms. I told him he would be in my heart always, and that I would continue pursuing our goals in education.”

A Special Welcome From Faculty House

“I wanted to do Shiva at Faculty House because they really listened to me and catered to my feelings. They asked me what I intended to express, and how I wanted to greet the guests. When I saw the room on the day, it was exactly what I wanted to see.”

Instead of tables for 10 people, they had tables for two, four, and six, plus sofas around the room, so everyone could sit and talk. “On each table were pictures of Sidney. They put tables on the side with large covered serving trays, so if anyone felt like eating, they could do so.

“They converted the space into a home. The general manager of Faculty House was constantly asking me, in a very gentle way, ‘Is there anything we can do?’ Everyone was so respectful. He was more like a rabbi, a priest, or a close relative in how sensitively he dealt with everyone. That made the Faculty House more special than any other place I could have been.

“Everyone at Faculty House was so sensitive. You didn’t even hear any glasses clinking as they set up stations or cleared areas. It was unbelievable! As people were leaving, some said, ‘The food was phenomenal.’ Then they said, ‘I’m sorry Jacqueline, I don’t know why I said that,’ and I said, ‘No, I am happy you felt comfortable.’ 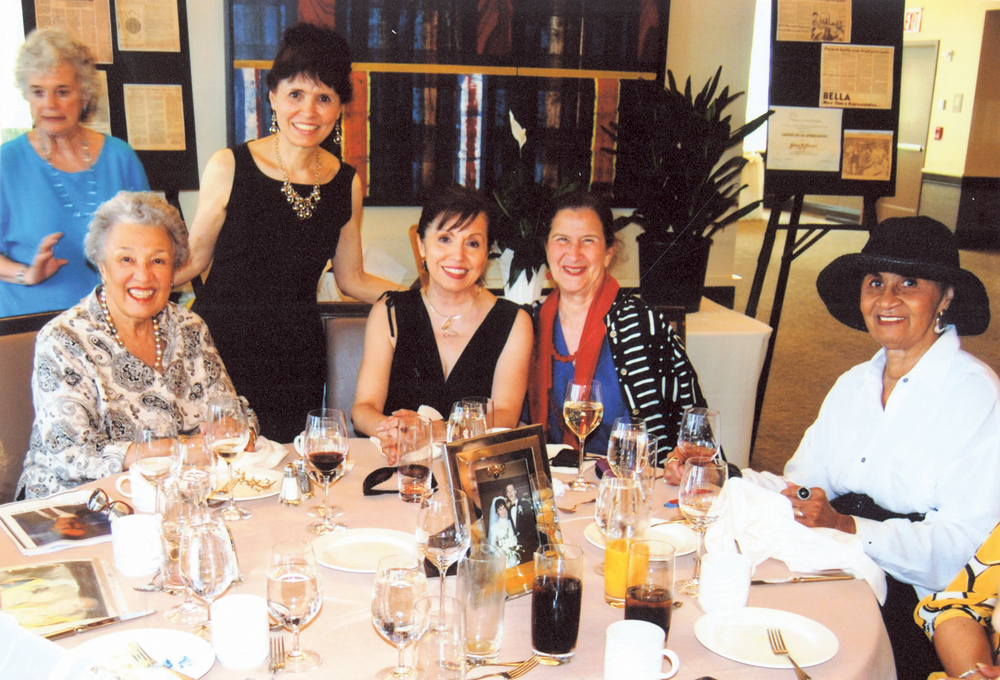 “When people wrote to me, they would always ask for the name of the person at Faculty House for their own events. David and his staff honored Sidney’s memory in a way that made people want to use the venue for their own private events.”

“Sid Morison was a man who believed that all children could learn, and he made that belief a reality,” wrote Hannah Hess, an education author, in a letter to the local community board. “It would be only fitting to have the street on which the school is located named for him.” 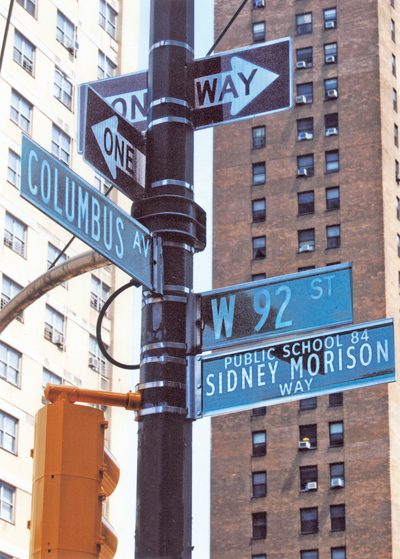 Mayor Bloomberg eventually signed the bill, renaming the street on June 8, “what would have been our 26th wedding anniversary. We held the ceremony that day, with politicians and schoolchildren, and right after that, we went to the Faculty House again! It was my third event there. I told David I was on a budget, and he said, ‘Do not worry. I will help you.’ We were set up in the same room where we had our wedding! We had a large poster with Sidney’s picture and his biography. Each table had pictures of Sidney with me and with the schoolchildren.

“We served a buffet, which was placed against the window as if it was another room, and included arugula and radicchio with toasted corn, asparagus with endive, marinated grilled breast of chicken, grilled fillet of salmon over spaghettini of root vegetables, rigatoni pasta with mozzarella, roasted sirloin steak with mushroom sauce, and more, plus an unlimited bar.

“Once again, it was so special to be at Faculty House. People kept saying the food was superb, and of course David again was there, asking, ‘Is there anything you need?’ Just like before, the waiters were so caring!

“Sidney is with me all the time. We always loved watching weddings, and we were so happy to be married at Faculty House.”