You are at:Home»Real Weddings»Brianna & Antonio | The Surf Club on the Sound | New Rochelle, NY 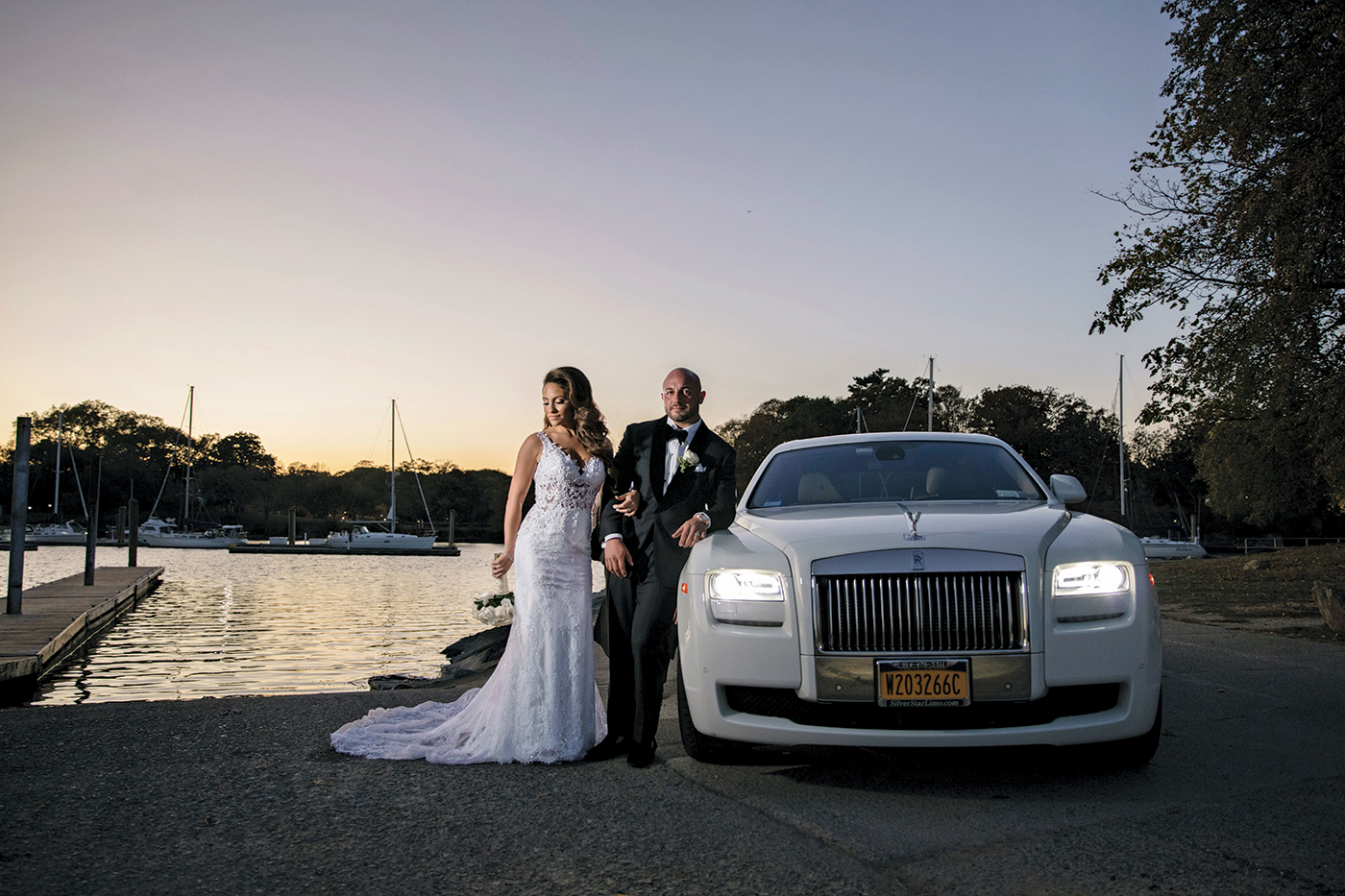 I am a nutrition’s assistant and Tony is the manager of a construction company. I was good friends with Tony’s brother, Joey, through mutual friends. During a Halloween trip to Atlantic City, Joey introduced me to Tony. We went on our first date to a Mexican restaurant called Tequila Sunrise. Three and a half years later, knowing I had never been on the Brooklyn Bridge and was dying to go there, Tony planned a surprise. He got my engagement ring from T & R Jewelers, which is owned by his father and his uncle. He told me we were going to one of his father’s work events, so I was thrown off when Tony parked at the Brooklyn Bridge. About halfway across the bridge, Tony stopped and asked someone to take a photo of us. The next thing I know, Tony is on one knee and hidden photographers captured the entire thing!

We originally wanted a destination wedding, but after realizing Surf Club on the Sound could provide everything we wanted, but locally, we knew we wanted to get married there. The venue is absolutely beautiful, has amazing food, and the staff is trustworthy. Tony’s family is close friends with Tony Martello, one of the venue’s owners, and we knew they wouldn’t let us down. Jaime Gizzo, the banquet manager, helped us plan every little detail. He and the whole staff were constantly giving us ideas, telling us the best vendors they’ve worked with, and special touches we could add to the day. 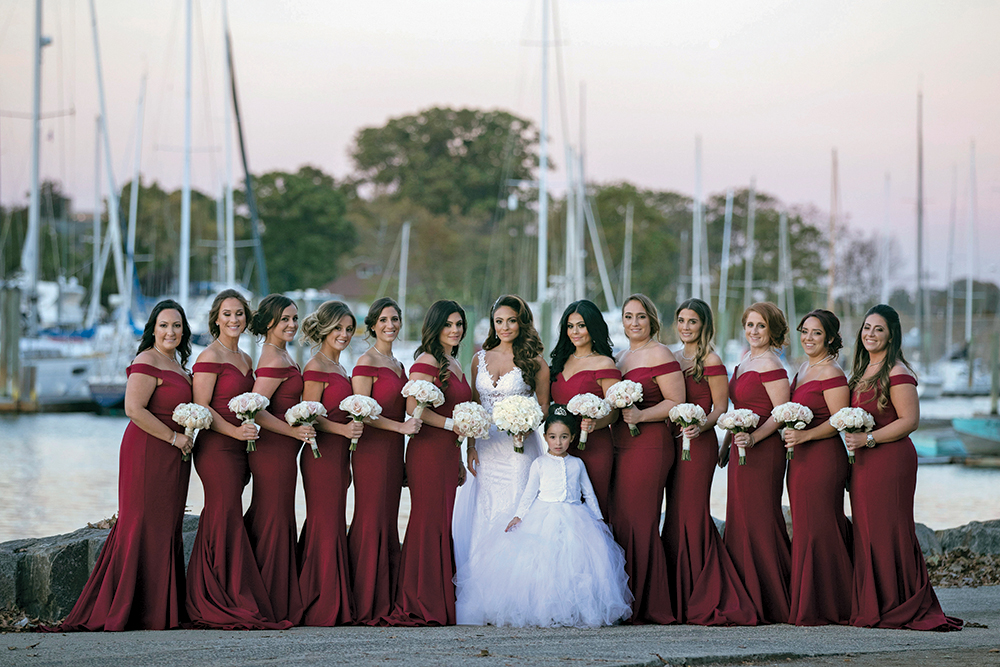 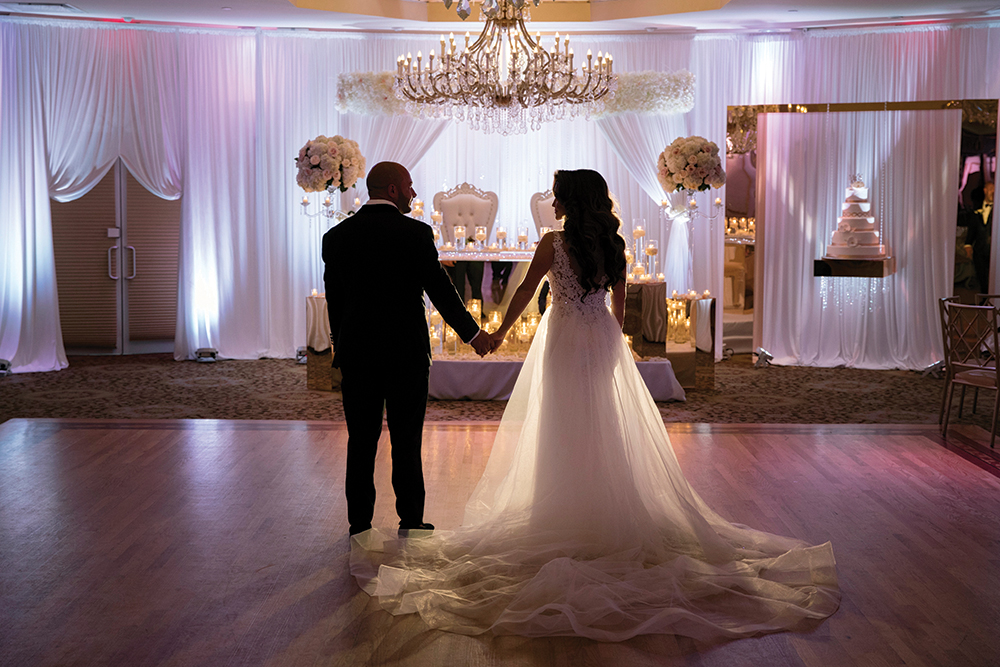 We were married at the church where Tony grew up. The priest, who Tony had known since he was a boy, gave a wonderful sermon. Cocktail hour was incredible. We had several food stations representing various international cuisines, including Mexican, Italian, Japanese, and more. The fan-favorites were the rack of lamb, the fresh mozzarella station with its own chef, and the martini bar!

Everything in the ballroom was white and gold for a romantic and elegant look. The tables were decorated with tall clear vases accompanied by three clear goblets of varying sizes, all filled with white flowers and floating candles. Our sweetheart table, complete with our hanging cake stand, was my favorite part of the décor! It was decorated with candles, crystals, and candelabras and behind us was an incredible illuminated flower wall. DJ Serg played different genres of music and had all our guests up on their feet the whole night. As a special touch, we also hired the Jersey Boys to sing some of their old-school songs! 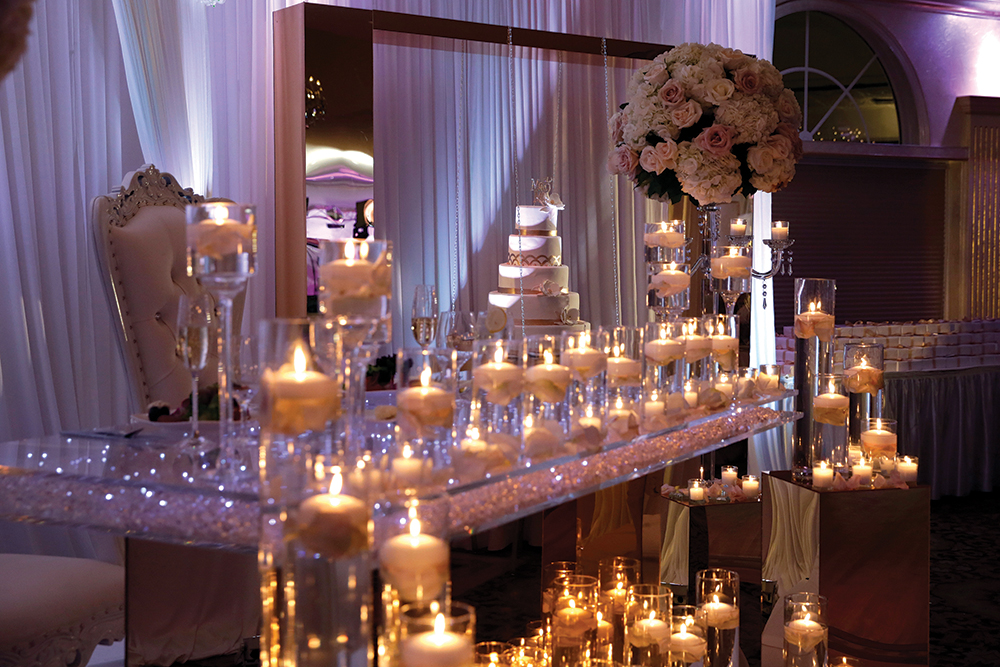 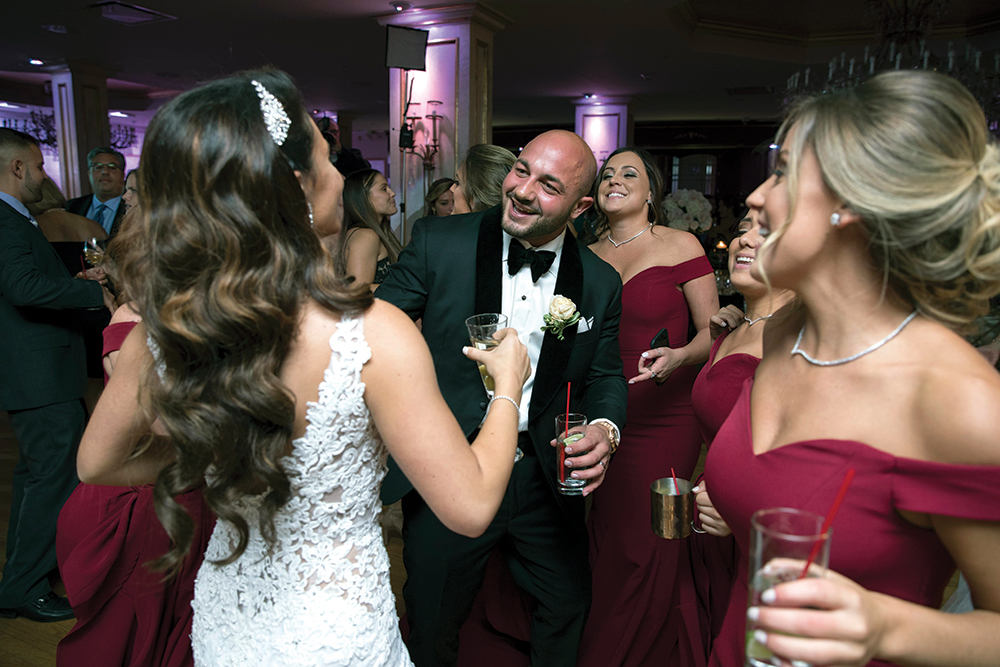 One of the most important aspects of our wedding was the food. Dinner was outstanding, starting with an appetizer duet of a tri-colored salad in raspberry vinaigrette and a fresh mozzarella tower with sliced prosciutto wrapped around tomatoes. Then guests chose rigatoni in lamb ragu, Chilean sea bass Mediterranean-style with an olive relish, French-cut chicken en croute, or filet mignon in a red wine reduction. For dessert, we had an elaborate Viennese hour as well as cigar rollers and a mobile pizza truck!

Thank you to our parents for their love and support and to our family and friends for being part of our special day. Thank you to our talented vendors and to Tony, Jaime, and the staff at Surf Club  on the Sound for making our wedding vision come to life. 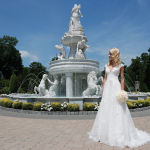 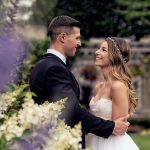 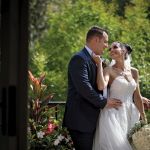