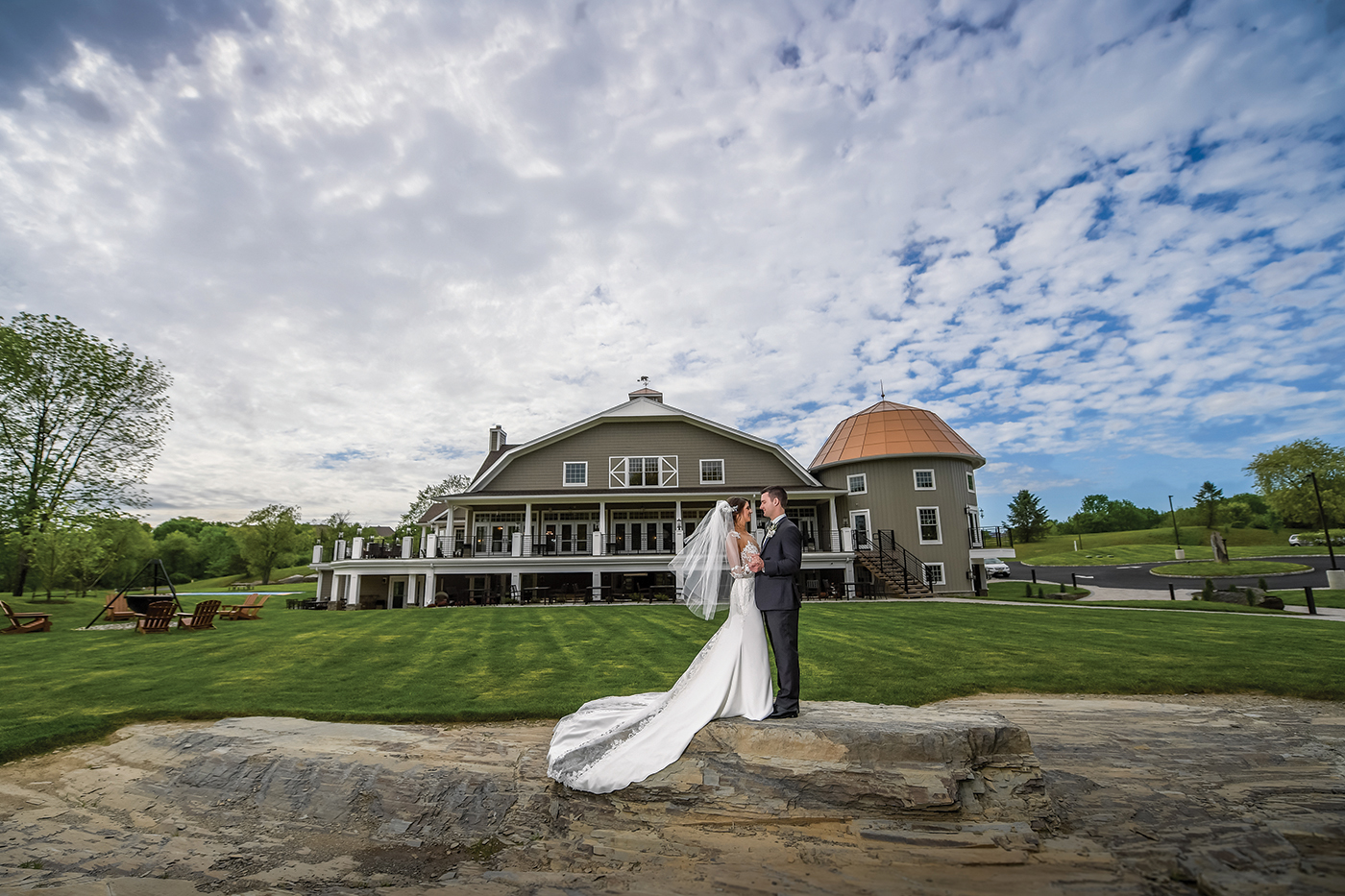 Eight years later, I am now a manager of a school picture company and Jon is director of a pharmaceutical company. In our then apartment, with one of our favorite Citizen Cope songs playing on the record player, Jon got down on one knee and asked for my hand in marriage! Afterward, he drove us to his family’s beach house at the Jersey Shore, where all our friends and family were waiting to celebrate!

Looking for a unique venue that would stand out to our guests, we were thrilled to learn about Bear Brook Valley being built. We first heard about it from Jon’s family friend, Perry Bonadies, who also happens to be the owner with his wife Michele! We were the first couple to book a wedding there. Perry’s visions of a rustic elegant venue meshed well with the whimsical floral theme we wanted for our wedding. Jon and I knew we could trust him with every detail and everything turned out exactly as he promised. Adriana Rosa, our wedding coordinator, was the glue that held everything together. She was beyond organized, positive, and got things done! Perry, Michele, and Adriana are really the dream team. 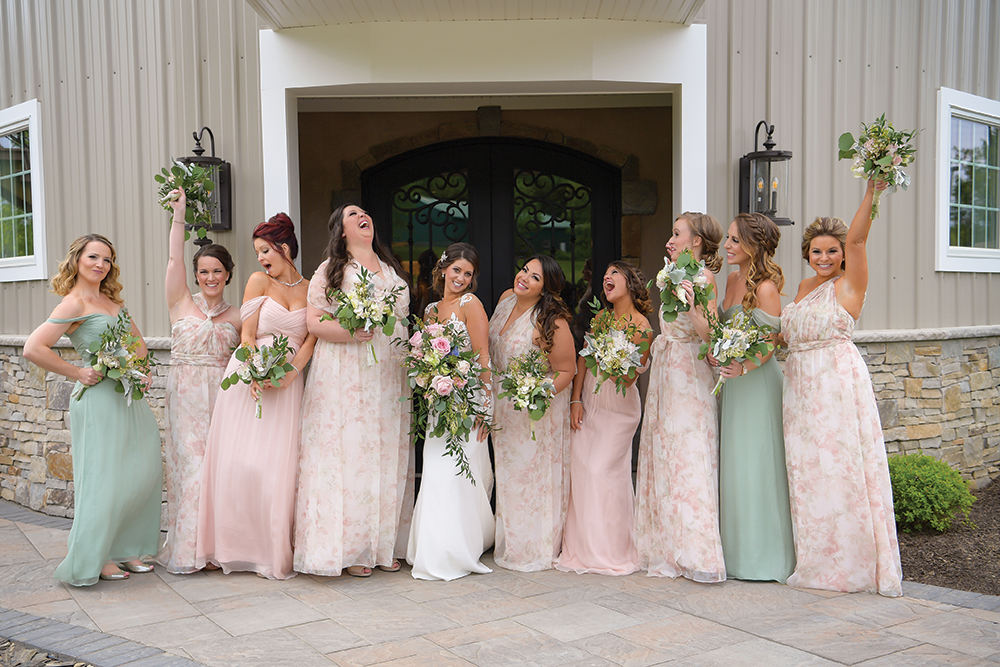 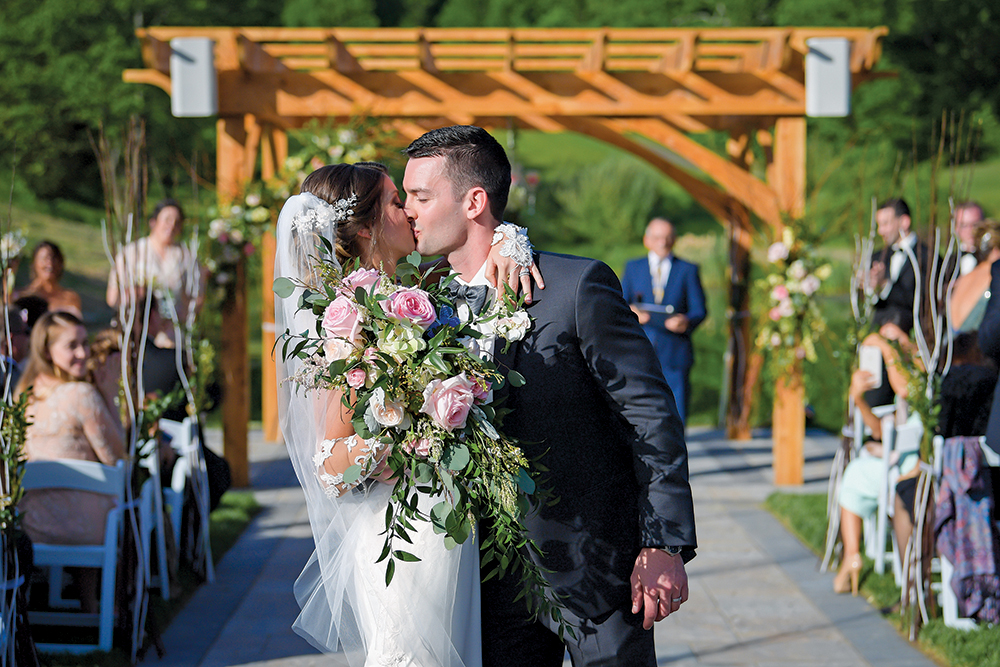 Our ceremony was on the grounds overlooking a pond with a waterfall. Our officiant, Richard Cash, married us under a gorgeous pergola decorated with roses, cascading greens, and an antique chandelier. Our flower girl and ring bearer got to drive down the aisle in a Power Wheels Range Rover, with our wedding hashtag #MastersofCeremony520, as the license plate! For a grand entrance, I walked from the upper deck down to the ceremony space as my favorite classical song played.

We customized our cocktail hour to make it two hours long, with a pianist and saxophonist playing throughout. Bear Brook’s indoor/outdoor set up has plenty of seating and activities for guests. We offered several hors d’oeuvres and food stations, featuring items like goat cheese fritters, margarita chicken tacos, baked brie, and more. We loved how each station with paired with a drink or shot to go with that cuisine. The Smokehouse Bacon station paired with bourbon shots was a huge hit!

Our wedding theme was romantic and whimsical with lots of florals and greenery. The ballroom was filled with long barn tables and the centerpieces were a mix of rectangular boxes of flowers, hand-woven floral runners with greenery, and high vases with cascading flowers. As a special addition to our décor, our neighbor Tom turned 50 birch logs into candlesticks that held tea lights and succulents! 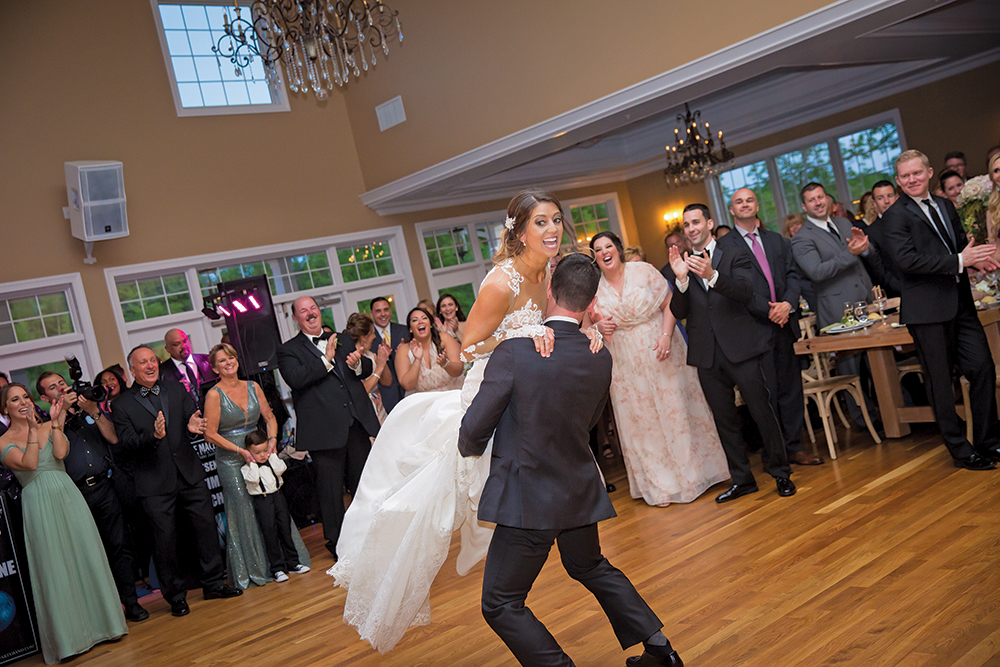 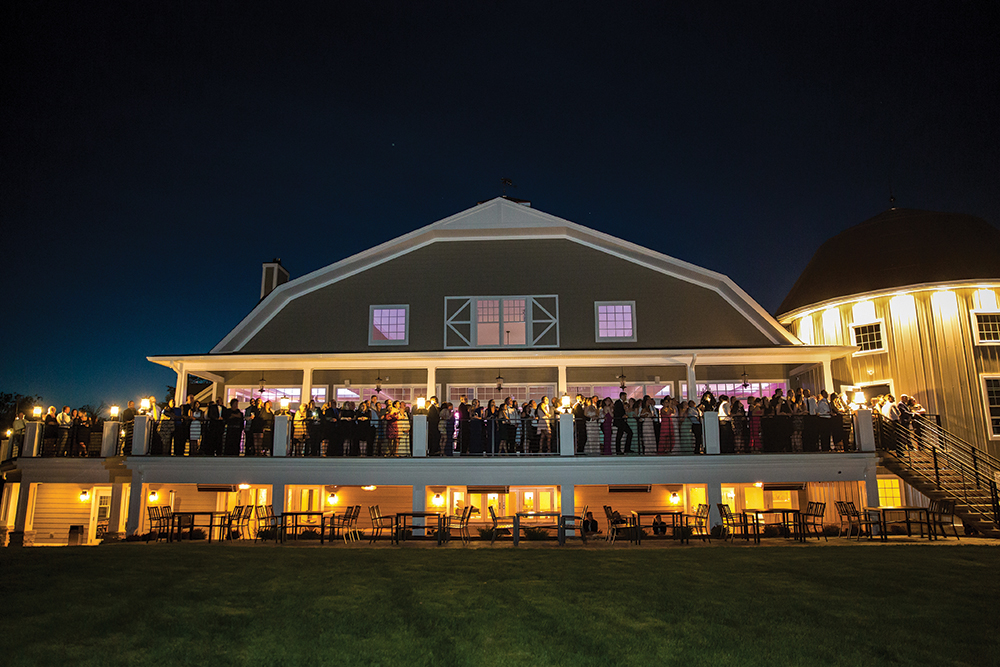 Dinner began with the Bear Brook salad. For the main course, guests could choose from filet mignon, Bear Brook chicken, pan-seared mahi-mahi, or grilled vegetable Napolean. My sister made dinner even more special by performing an amazing original song that reflected our relationship. Our 300 guests were on the dance floor all night, thanks to our amazing band. We also added a cigar and whiskey bar and a brick oven pizza-to-go station for guests on the way out. As a thank you to our guests, we donated to Sloan Kettering in their honor. We ended the night with a firework show that lit up the sky!

This perfect night would not have been possible without our generous parents. It meant the world to us to share the night with them and our friends and family. Thank you to all our vendors and to Perry, Michele, Adriana, and the Bear Brook staff for making our dream wedding come true. 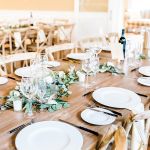