Real World Excitement, plus a Lifetime of Charitable Involvement

In 1979, Rick Bard started his independent publishing company with a magazine for nightspots nationwide. Soon he launched a magazine for the world's most famous club, Studio 54, and in 1983, he started the award-winning Manhattan Magazine.

New York City’s major clubs were eager to host large events for the magazine, asking Rick and his staff to invite as many as 1,000 people for complimentary parties. And hold parties they did, at the hottest clubs of the day: The Red Parrot, Xenon, The Palladium, Limelight, The Underground, and Studio 54. 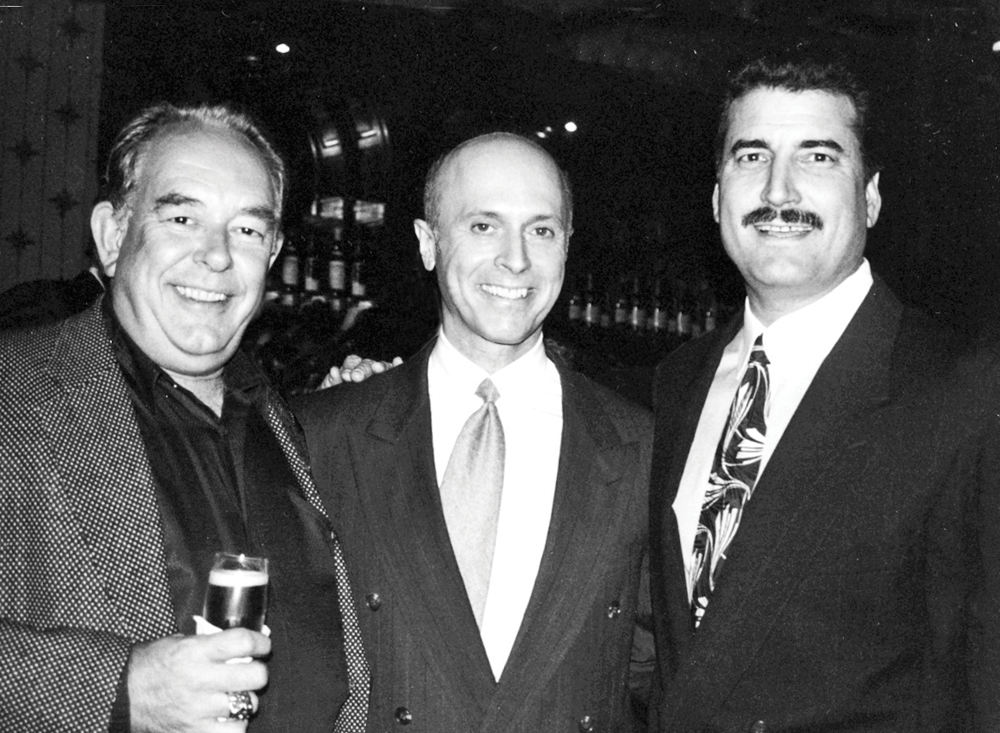 At one of his charity events ... Rick with Robin Leach and Keith Hernandez

Many of the models and celebrities featured in the magazine would attend, and soon restaurants too extended still more invitations.

“I felt privileged to be offered such promotions,” says Rick. “But having worked at a number of charities since my days as a student in Boston, I saw an opportunity to re-imagine my company, guided by what was then a unique concept. I would refashion my enterprise as a regional media company which also hosted glamorous Celebrity-Driven Charity Events.”

It was innovative and exciting, and over the years, many other companies would come to imitate the approach.

The First of Some 40 Charity Events, at The Plaza Hotel 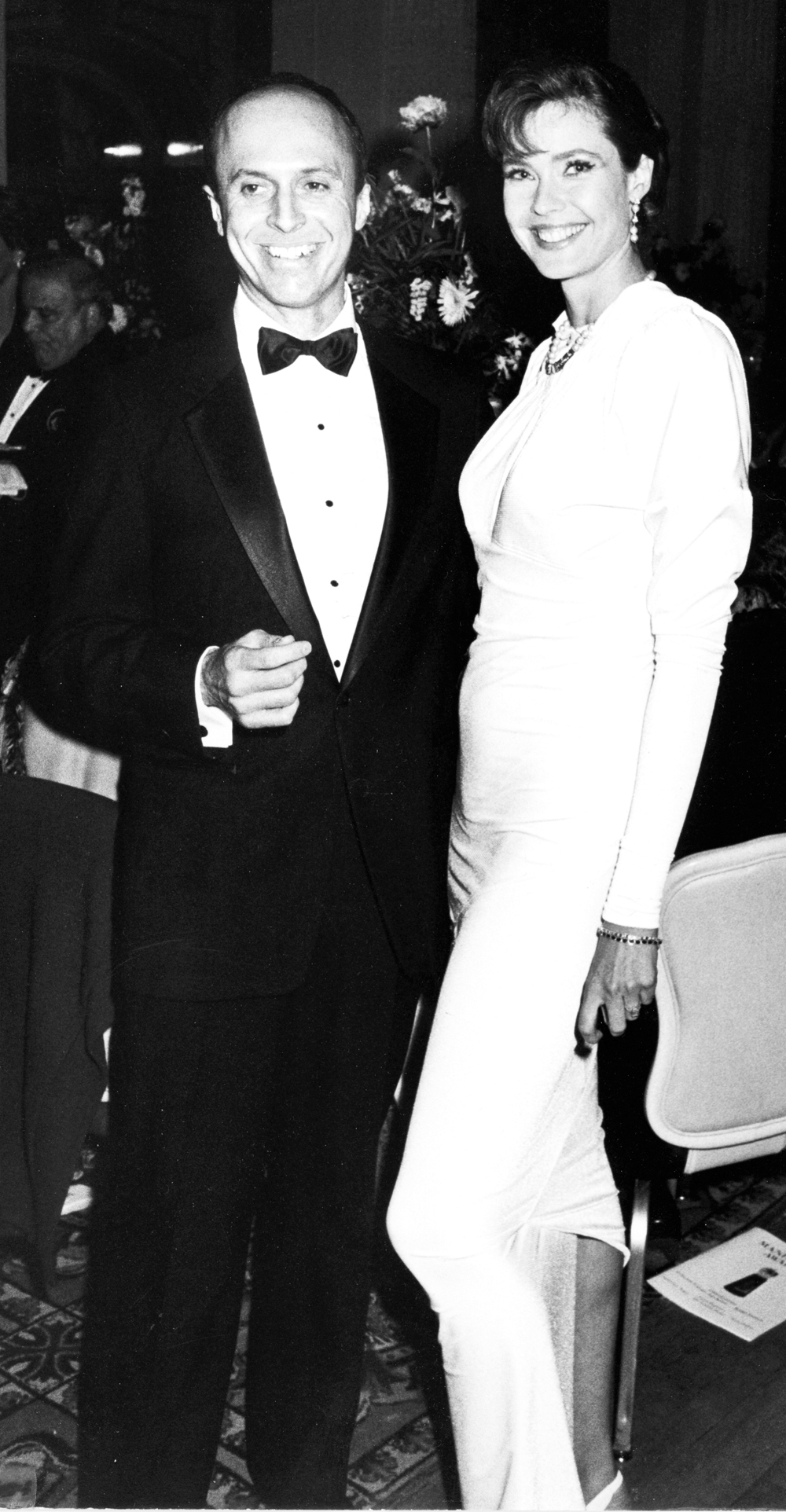 At his first charity event ... Rick with co-host Carol Alt

Rick formed a Charitable Foundation, assembled a high-profile committee, and soon focused his charitable efforts on Homeless Children and Breast Cancer Research. In 1987, he held his first charity fund raiser. It was a black tie dinner-dance at The Plaza Hotel that honored William S. Paley, the legendary founder of CBS.

As General Chairman, Rick was responsible for all details. “I had to get gowns and tuxedos for the models and friends who had volunteered, choose the cocktail hour and dinner menus, hire the musicians and the photographers, create invitations, select flowers and decorations, organize the journal and other printed materials, write the speeches, select the introducers and presenters, choreograph the evening, and create the seating lists for several hundred guests.

"I felt I was throwing a Huge Wedding — but with some of the most important people in the country, while also raising money for the charities and enlisting sponsors!” He needed help.

The Bridal Magazines Were Limited

So Rick turned to the bridal magazines for help in creating his first event. But at the time, all they had were tips about looking pretty. (Supermodels Carol Alt and Cheryl Tiegs, both of whom Rick had photographed for his covers, helped as co-hosts at a number of his early events. Looking pretty wasn’t a problem.)

“I had the fleeting realization that, if I ever figured this out, there was a huge need for a relevant bridal magazine addressing all the tasks that had to be handled.”

By the time he launched Manhattan Bride in 2000, Rick had hosted some 40 major charity events, including dinner-dances, award ceremonies, fashion shows, luxury raffles, photography exhibits, and even an awards dinner held under the patronage of the French Ambassador. 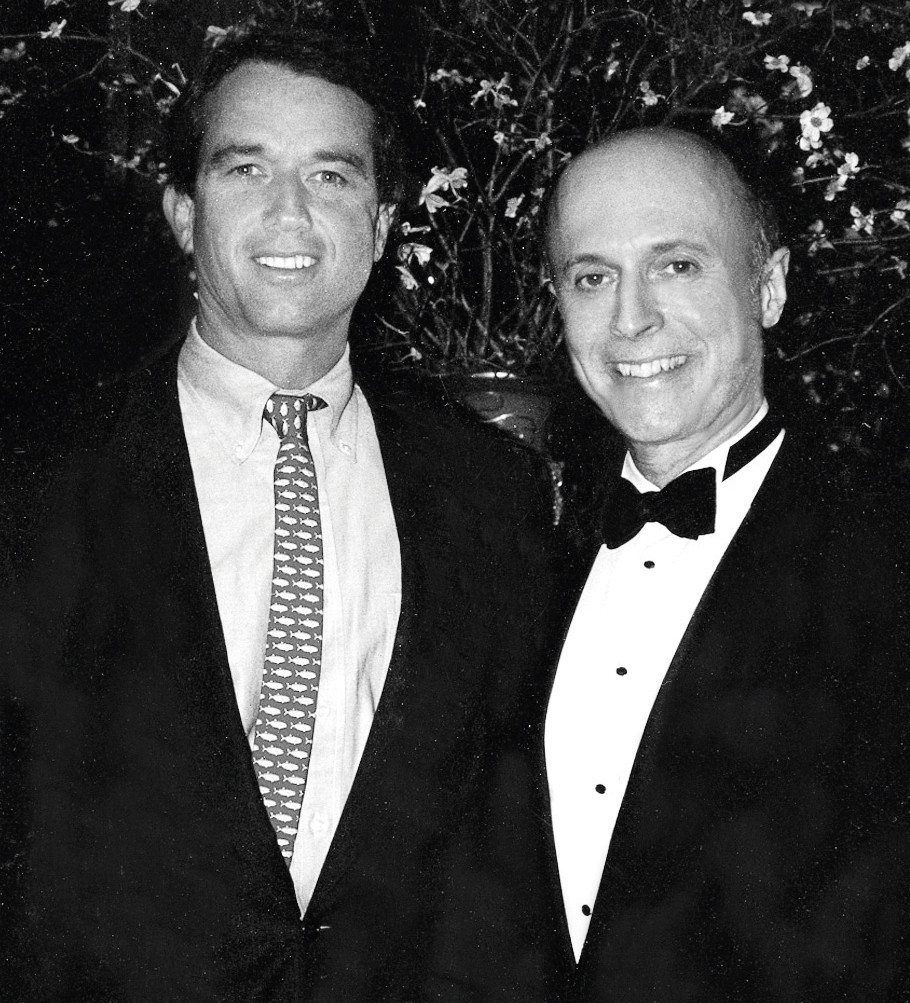 At another of his charity events ... Rick with Bobby Kennedy Jr.

Over the years he also had enlisted such co-sponsors as Harry Winston, Lancôme, and Wall Street’s Shearson Lehman.

Creating and hosting so many varied events with such high-profile guests and honorees certainly had its share of pressing deadlines, last-minute glitches, and treasured once-in-a-lifetime memories.

Dedicated to Serving Our Brides

"These are the experiences we draw on as we fill every issue of Manhattan Bride with Tested, Real-World Solutions, plus the sense of Playfulness so much a part of each joyful event.

"Now, speaking on behalf of our staff and all those we work with, it is my pleasure to serve our readers and our advertisers — as our brides celebrate the most important time in their lives.” — Rick Bard, Editor-Publisher, Manhattan Bride, rick@manhattanbride.com