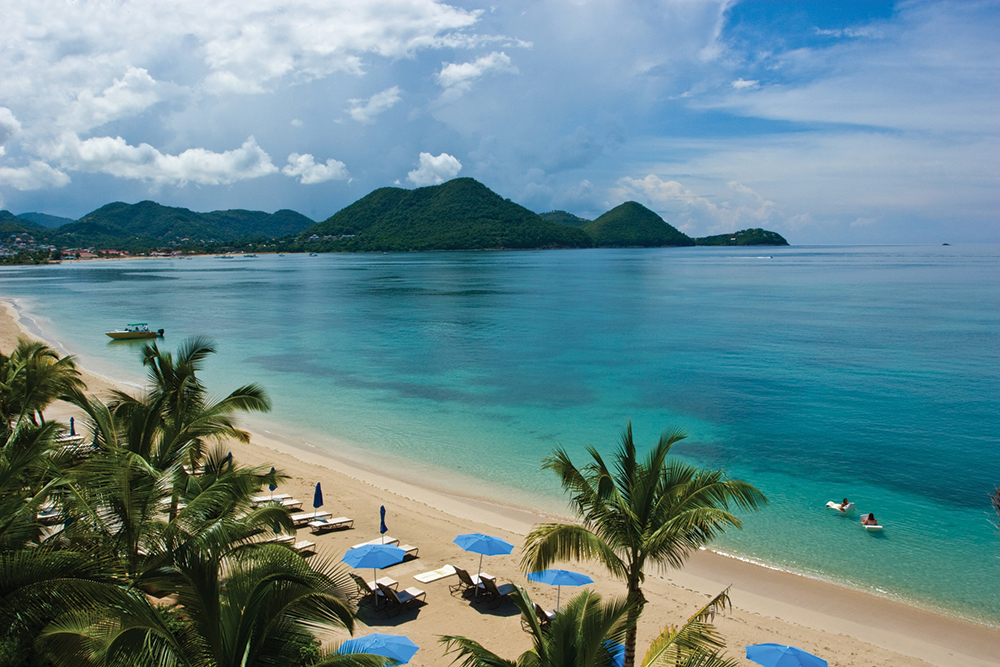 Bride- & Groom-to-be, Leslie & Marc-Anthony met in the emergency room when he brought in a dying patient … the nurse and the firefighter worked together on the patient … and saved his life — before even saying hello to each other!

First Meeting: In the ER, working together on a critically injured patient.

The Proposal: On a regular visit to a nearby dog park.

Backgrounds: She is a registered nurse. He is a firefighter.

Our winners went on their honeymoon to St. Lucia, at The Landings Resort & Spa. (For info: https://www.landingsstlucia.com/)

On an average Thursday night, my sister was raving about a new dating app that had just hit the market. Uninterested, I pretended to listen. I had never been on a dating app and wasn’t planning to start anytime soon.

A few minutes later, my sister suggested I should create a profile. I hesitated, so she went ahead and created one for me. She posted a picture of me in my scrubs and made my username “Nurse Leslie.” It was totally embarrassing! Who would’ve known that same Thursday night, my future fiancé’s best friend was pressuring him into creating an account on the same so-called dating app!

Guiltily, I was entertained with the idea of swiping right and left. A few minutes later, a handsome firefighter showed up on my feed and I, of course, swiped right. The next day, while I was at work, I had a notification that I had a match. It was the cute firefighter from the day before. I got excited and sent him a message. A few hours and a few messages later, he told me he was transporting a patient to the same hospital I work in. 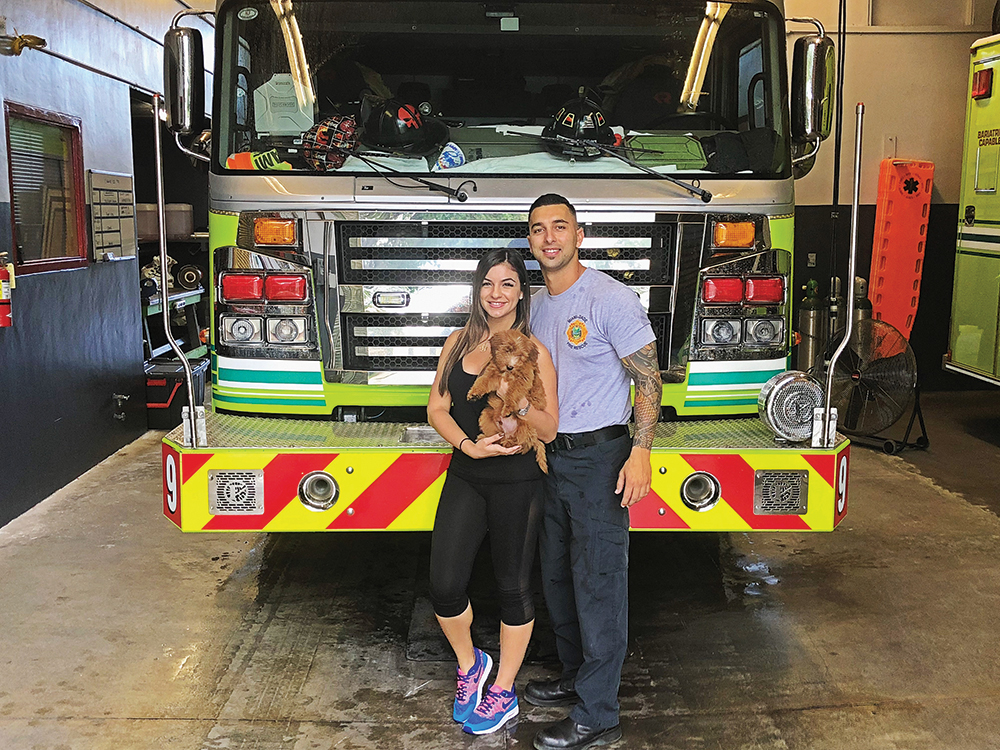 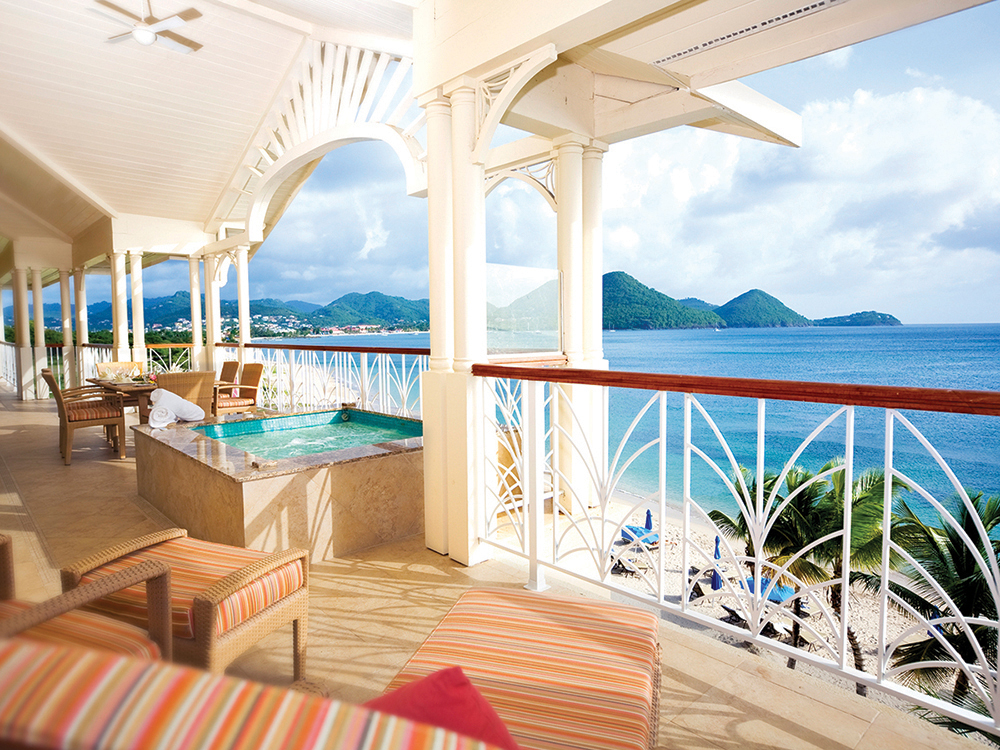 We decided to meet in the ER. As I walked towards the ambulance bay, I saw him wheeling in a patient in distress. Of course, my nurse instinct kicked in and I jumped in to help.

Without saying a word to each other, we began CPR on the patient and ran a full code. We eventually brought the person back. The adrenaline was definitely in full gear. It felt like a scene from a movie. We were inseparable since then. It still shocks me to this day that together we saved a person’s life on the day we first met.

A few weeks after we moved in, we talked many times about getting ourselves a puppy. Eventually we did, and our puppy, Jax, became our world. We take him to a dog park near our home almost once a week. It became our little ‘tradition.’ The park is located near the bay and has a beautiful dock with an incredible view.

One Wednesday afternoon, we went to the dog park with our puppy. As we walked by the dock, I turned around and Marc-Anthony was down on one knee with the most beautiful ring I've ever seen, asking me to marry him. He even had a friend who was inconspicuously taking photos the whole time. It was such a beautiful day and we are so glad Jax was present for the whole thing. 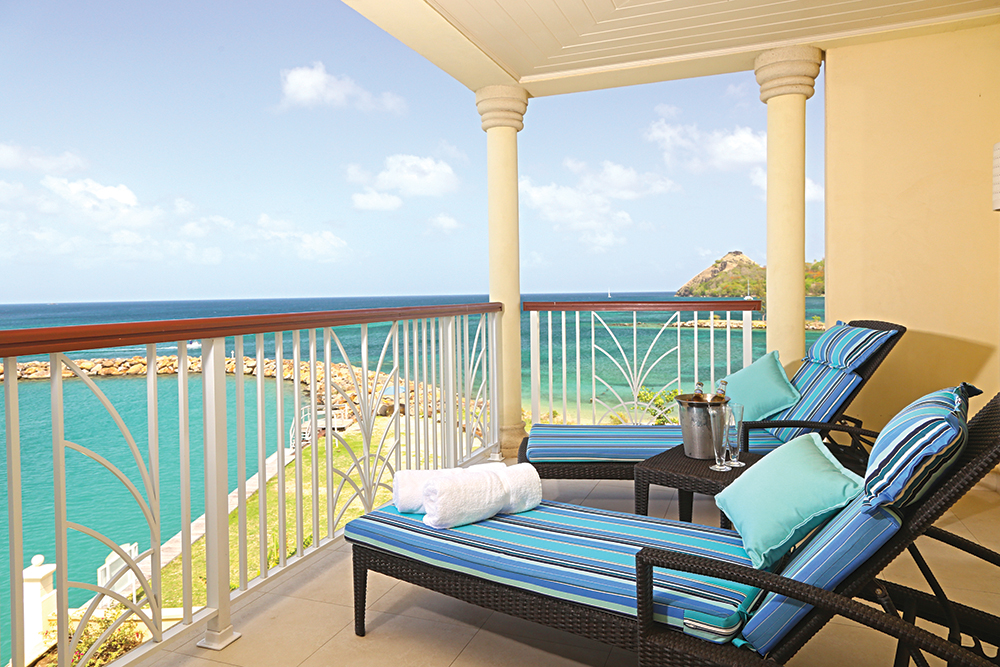 Our relationship is special because we understand each other in all aspects of life. We both work in caring fields and understand that our careers are extremely stressful and that sometimes we need our space. We lean on each other for support and have the same values, ambitions, and goals. As cliché as this may sound, I feel like we were truly made for each other.

Before we met, I was diagnosed with a rare tumor and had emergency surgery. After my recovery, I was referred to a geneticist and was diagnosed with a genetic mutation which causes cells to grow and divide in an uncontrolled way. This meant that for the rest of my life, I need to receive annual full body scans in hopes that I never have another growth again. My geneticist also explained that this genetic mutation can be passed down to my future children and they recommended genetic IVF to assure I would have a healthy baby.

When I first met my fiancé, I explained all this to him. I told him that I understood if he no longer wanted to pursue a relationship with me because I could be considered ‘defective.’ Instead of running, he stayed. He told me that whoever thought I was defective, is crazy. He told me I was perfect.

His support meant and still means the world to me. I went from feeling flawed to feeling like I was more than enough. Ever since, we’ve attempted to save money for when the time comes as IVF can be really expensive. We are both willing to fight this battle that life has thrown at us together, no matter what.