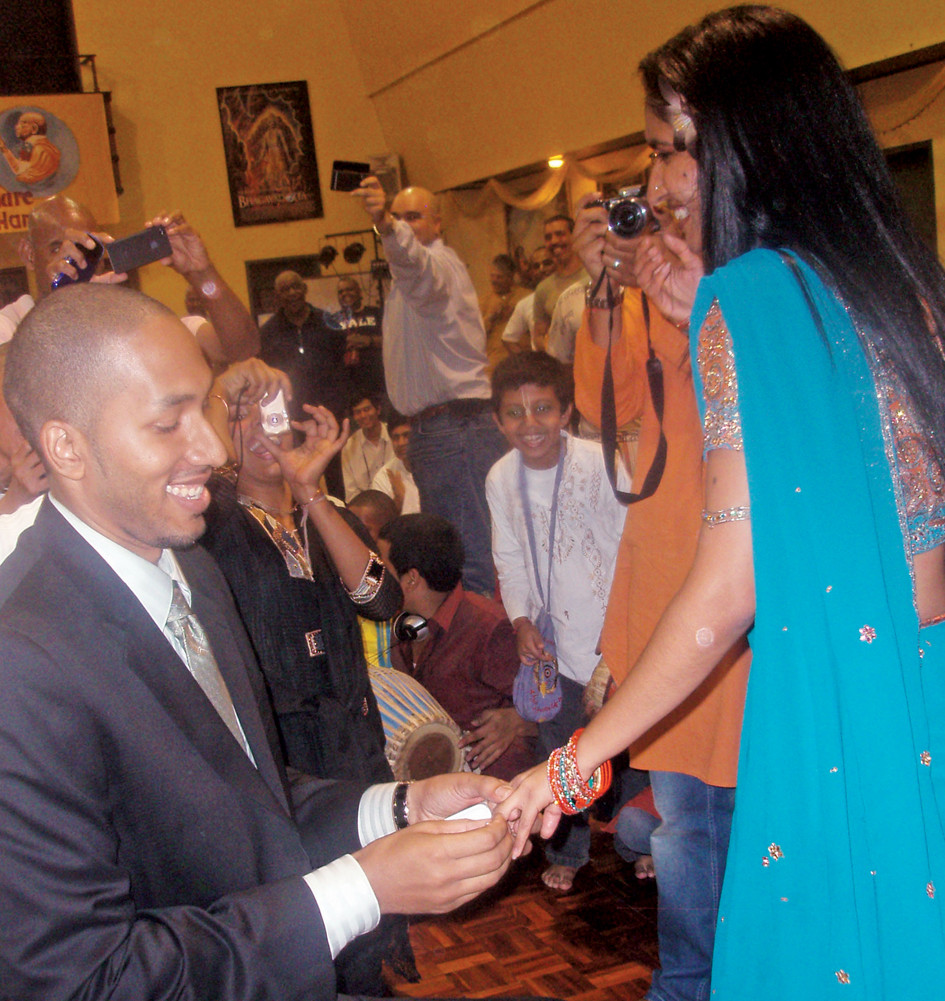 Bride- & Groom-to-be Niyati Trivedi and Paul Ewing told us about their mutual support and his romantic proposal. Now they will honeymoon in St. Lucia at the Bay Gardens Beach Resort & Spa.

First meeting: At a yoga retreat.

The Proposal: At a mutual birthday party, in front of 100 friends and family.

Backgrounds: She is a doctor, he is an architect.

The Doctor & The Architect

Paul and I first met in the beautiful rolling hills of West Virginia at a yoga retreat. I was from New York City, he was from Detroit, and we spent the entire weekend finding ways to be by each other’s side. During one outdoor activity, we had to walk down a steep dirt path. I was certain I would end up slipping, but Paul sensed my apprehension and took hold of my hand, carefully leading me down the precipitous path.

We kept in daily contact after the retreat, eagerly awaiting the next long weekend when we could see each other again. A long distance romance is hard enough, but Paul is African-American and I come from a traditional Indian family.

I was hesitant about telling my parents, so for nearly a year I kept my communications with Paul as guarded as I could. Finally, one day I mustered up the courage to tell all. Most Indian parents want their daughter to wed an Indian man and since I am an only child and my father is a Hindu priest of the Brahmin caste, when I finally broke the news, it was truly a shock to them.

Shortly after I told my parents about Paul, he lost his job in Michigan. What seemed like a rough patch turned out to be a blessing. Paul found a terrific new job in Manhattan and soon moved to the city. I had just started my residency in internal medicine, and this was a challenging period for both of us.

Medical school was tough, but now I was facing the real world, where mistakes could affect real lives. During the first few months there was so much pressure that I would find myself overwhelmed, wondering if I even wanted to do this anymore.

I would come home exhausted and Paul would cook the most delicious and nutritious meals for me, teaching me the importance of caring for yourself in order to care for others. Last Valentine’s Day, when I had a 24-hour shift in the Intensive Care Unit. Paul showed me I didn’t need to be out and about, and that a little romance can be found anywhere. He surprised me at work with flowers and chocolates and brought some of that loving spirit to the ICU. 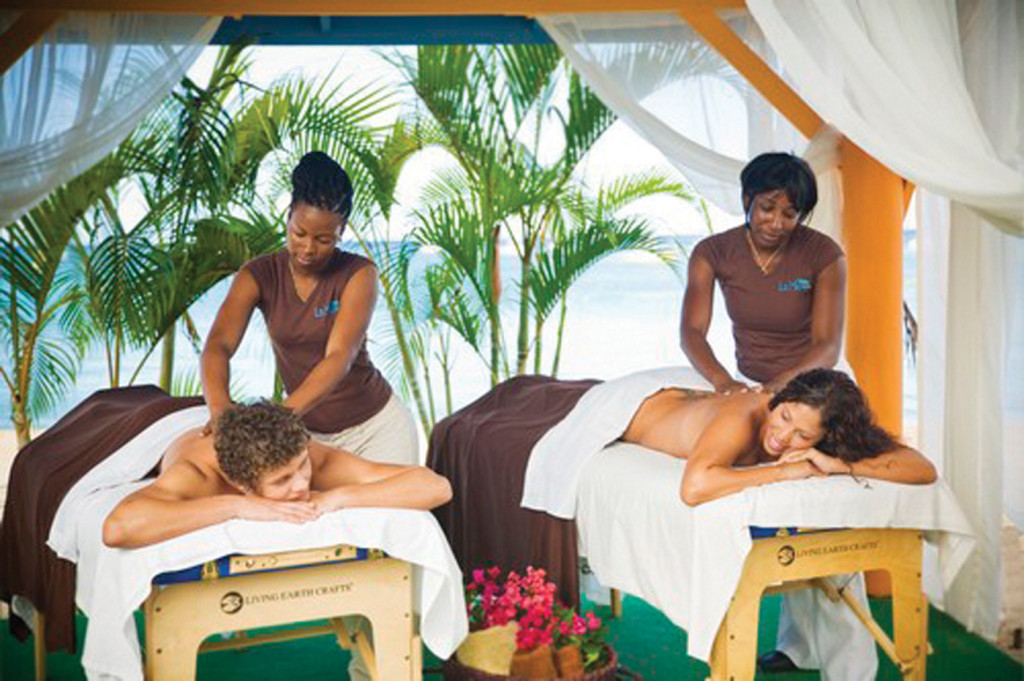 During the past three years of residency, with constant love and support, he reminded me over and over again that, with the right mindset, you can achieve almost anything.

Despite our different racial backgrounds, Paul and I actually have very similar skin tones. Yet my parents still seemed to dwell on the fact that he was African-American and I was Indian.

Ultimately, my parents realized what a wonderful and caring man Paul was, and since our engagement, Paul has actually been assisting my father with many of his Hindu ceremonies, including traditional wedding ceremonies. My father has definitely obtained a new son, and come to the realization that it really doesn’t matter if you’re black or white, or in our case, black or Indian.

One summer night, my mother called and told me that she and my father had just spent a lovely evening at their home with Paul. He never even mentioned he was going over there! A few weeks later, I accompanied Paul to see his family in Michigan. Soon after, since our birthdays are just four days apart, we began planning our joint birthday celebration with our friends and family members.

The day of the party, Paul seemed very nervous. I was pretty excited myself, and happy that his mother, sister, and cousin had even flown in from out of town for our birthday bash! During the party, Paul requested everyone to have a seat. He and I were to thank everyone for coming. After I said a few words of appreciation, I handed the microphone over to Paul.

Upon thanking everyone, he began to recite sacred Sanskrit verses from Hindu scriptures. He then translated, explaining the importance of receiving blessings from friends and family on such special occasions.

At one point, I glanced over and saw an expression of pure pride and joy on my father’s face. Paul continued with another sacred verse and again translated the Sanskrit, mentioning such phrases as “precious gem.” I saw my girlfriends gasp. I stood there in shock. All I heard was cheering, and then my beloved kneeled before me, took out a beautiful ring, and asked for my hand in marriage. I could not have asked for a more perfect birthday present.

Paul and I are engaged at last. Such an interracial relationship definitely had its obstacles, yet where we once faced disapproving looks of confusion, we are now shown admiration and encouragement.