You are at:Home»Insights»Plan For Excitement 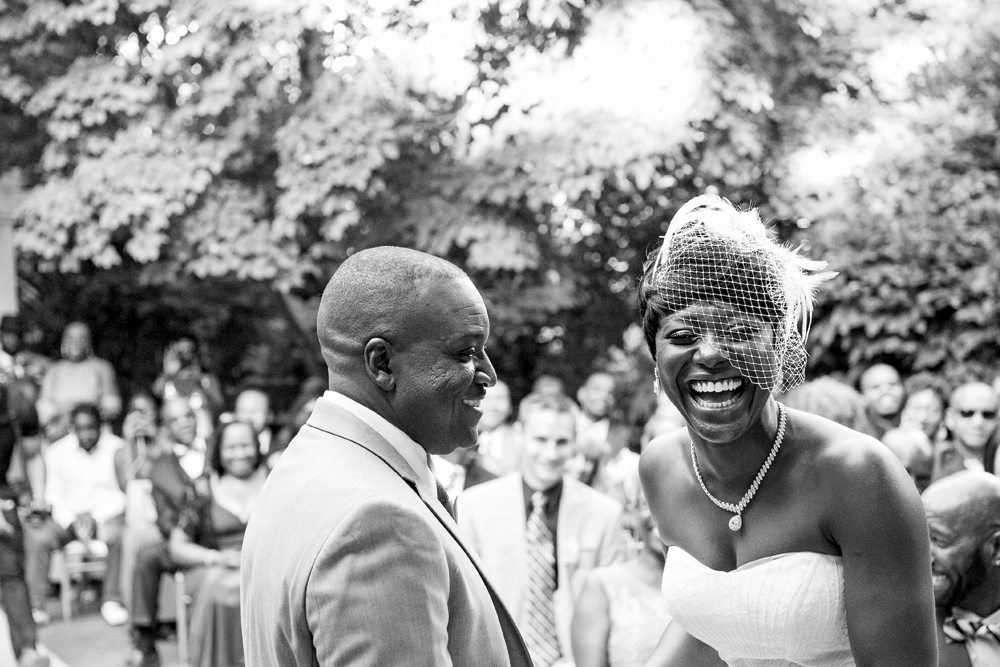 Add Variety. “Introduce different choices in your menu and your activities.”

Dress Up Your Ballroom. “Renting linens and fabrics that pull your theme together add to the uniqueness of your setting.”

Use Recommended Vendors. “As wedding planners, we have experience with vendors we recommend and can guarantee their work.”

“David and I met in February two years ago,” says Ebony Harvey, a PhD student at the University of Michigan, where she also serves as a graduate instructor.  “He worked at our church, and I asked for directions for an event.” David is currently a director of student affairs at a K-8 charter school.

They didn’t see each other again until months later, when she began taking classes. “We would ask about each other’s day before I ran to class. One day I entered the church and he didn’t say anything to me, so the next time I saw him, I wrote him a note, so high school, I know. He walked me to class and as we talked we realized we had a few things in common. We exchanged numbers, and two years later, we were planning our wedding!” 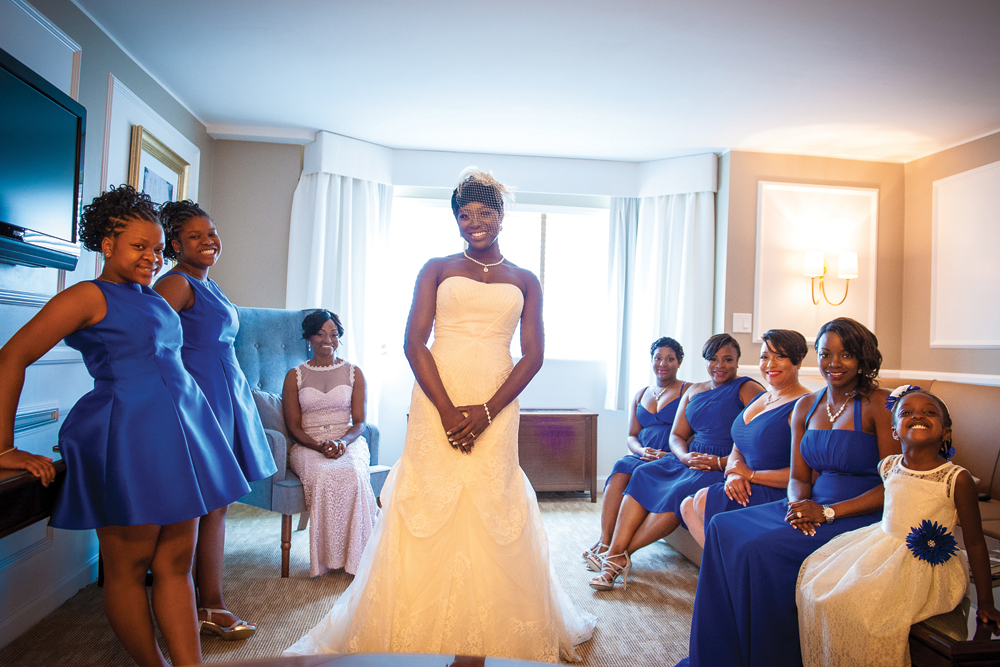 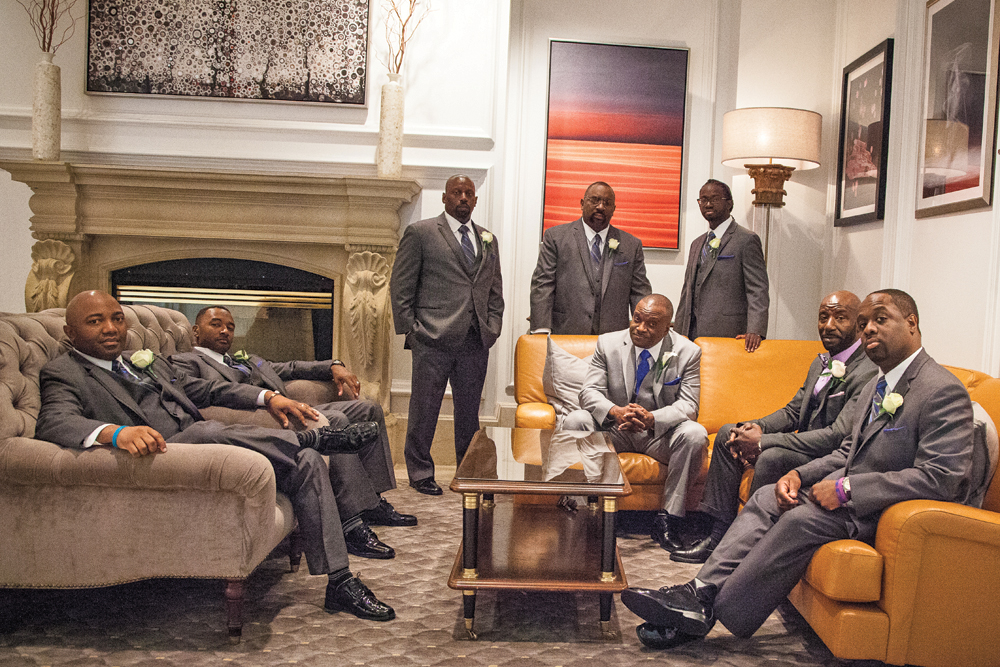 Ebony had already met Michelle Flores of Floré Events. “I loved her energy and her love of life. By the time I was getting married, Michelle and I had become friends and I knew I wanted her to help me plan our perfect day!

“Preparing for a wedding is very stressful, and throughout the entire process, Michelle was ready to overcome any challenge with a plan and a smile. Her laughter and joy were unbelievable and her organization is impeccable.”

She gave Ebony a timeline of when everything should be accomplished, checked in regularly, and made shopping trips to get finishing touches for their wedding. “She truly went above and beyond to make sure we had everything we wanted.”

By the wedding day, everyone had personal schedules and knew exactly what they needed to do. “Michelle kept everyone calm and met our needs at every turn. Her assistant, Vanessa Caesar, had as much energy as Michelle and I did not have to worry about anything being out of place or undone. I was able to spend hours before the wedding laughing and chatting with my family and bridesmaids.”

FROM THE WEDDING PLANNER

“Ebony was leaving soon to start her PhD program at Michigan, where she would also be teaching,” says Michelle. “They were basically getting married, packing, and running, so I was under tremendous time constraints, but I loved it. The biggest problem is that everything was happening so fast!” 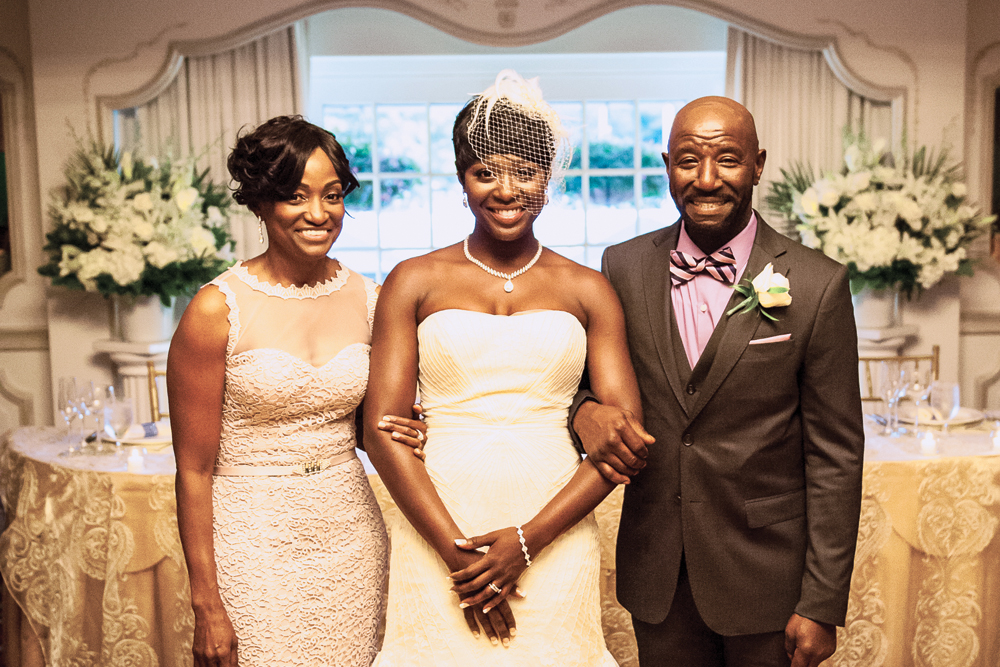 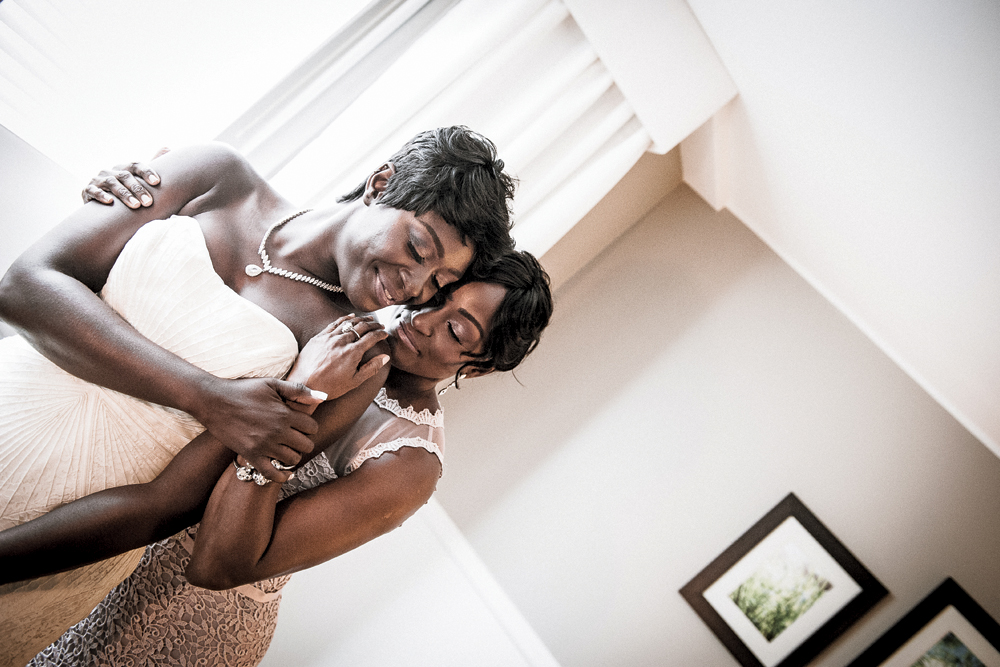 So she had to make things happen quickly. “Ebony’s colors were blue and green,” Michelle tells us, “and I went with her event designer to the Garment District to purchase shimmery sheer overlay fabric to sew the tablecloths, in her colors of blue and green.” Ebony had a bottle of Bartenura Moscato wine for each guest to tie in the color scheme. “We created name tags that correlated with the bottles. The moscato acted as a decorative place setting and a party favor.”

Michelle also coordinated with the venue to create a custom menu. “We always attend the tastings with the couple, not because I love food, but to assist in streamlining their likes and dislikes. I recommended the lamb, even though they were against it at first, because lamb is a delicacy and most people do love it or at least want to try it.

“People like to taste a little bit of everything. If you decide on chicken,  for example, I suggest putting an array of sauces, like BBQ, sweet and sour, or a vinaigrette, on the side for your guests to explore. Popular side dishes, like mashed potatoes and assorted steamed vegetables, are always a hit.” 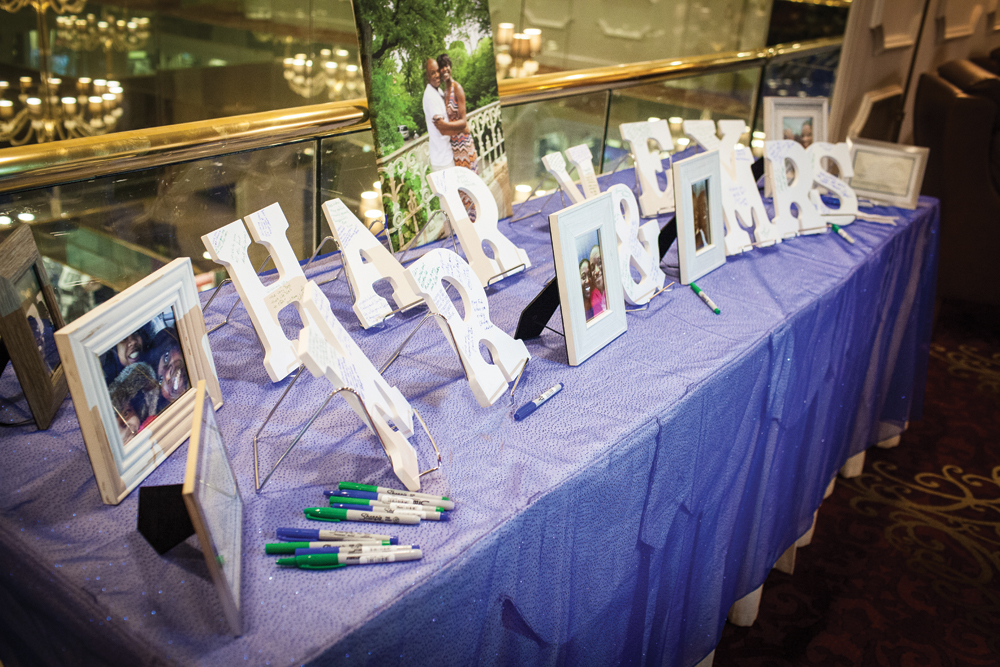 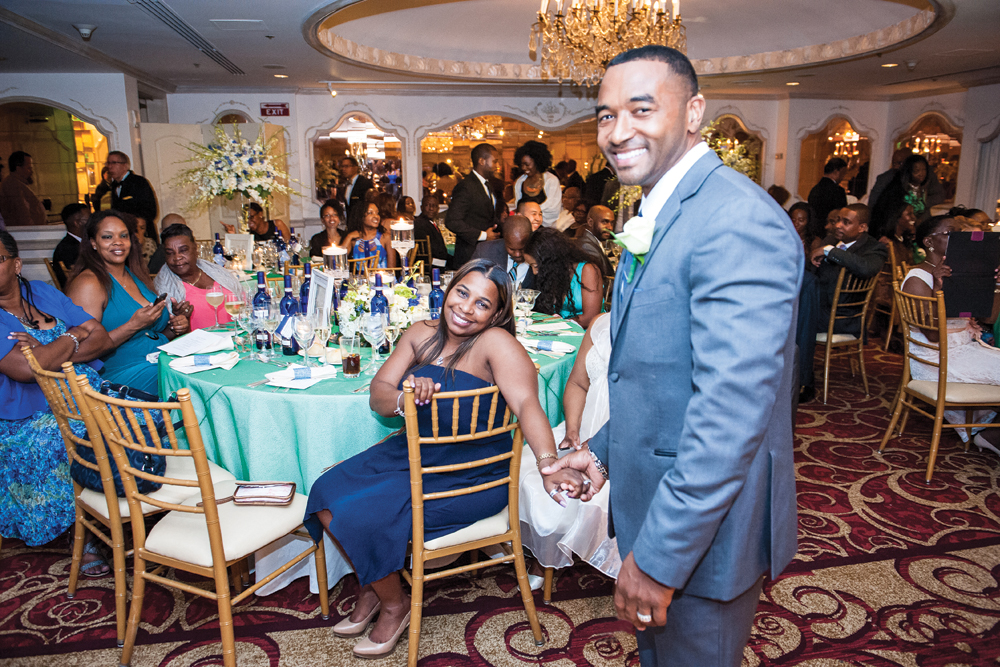 After several hearty appetizers at cocktail hour, salads and sorbet are good dishes to start the reception. “For dessert, I always suggest a Viennese table.People love a presentation of coffee, espresso, chocolates, ice creams, custards, and fruit, in great quantities at the end of the night. People also enjoy dessert finger-foods like small pastries, brownies, and cakes.”

Ebony wanted a photo station, but did not budget for it, so Michelle suggested making a photo area. “The backdrop was created by a graphic designer, with a big ‘H’ for Harvey that had Ebony and David’s names next to it. We also had a table nearby with all sorts of props, like mustaches, hats, big funny glasses, and boas.” Guests took photos of themselves and posted them on a wedding site with a special social media hashtag, so the couple could view their pictures instantly.

During the reception, both Ebony and David each gave a short speech. “In addition to thanking their guests for joining them, they also thanked all the vendors and gave flowers to each of us. I’ve never seen that happen before.”

Another great idea was instead of having a guest book, they had a Mr. and Mrs. table, with 12-inch high wooden letters that spelled out Mr. and Mrs. Harvey.

“They were standing up in plate holders and we put blue and green sharpies, to add to her color scheme and décor, on the table for people to sign them. We instructed the MC to continuously mention the guest table, and now the bride and groom have it in their home as a wonderful memory.”