You are at:Home»Insights»Traditions | The Hawaiian Wedding 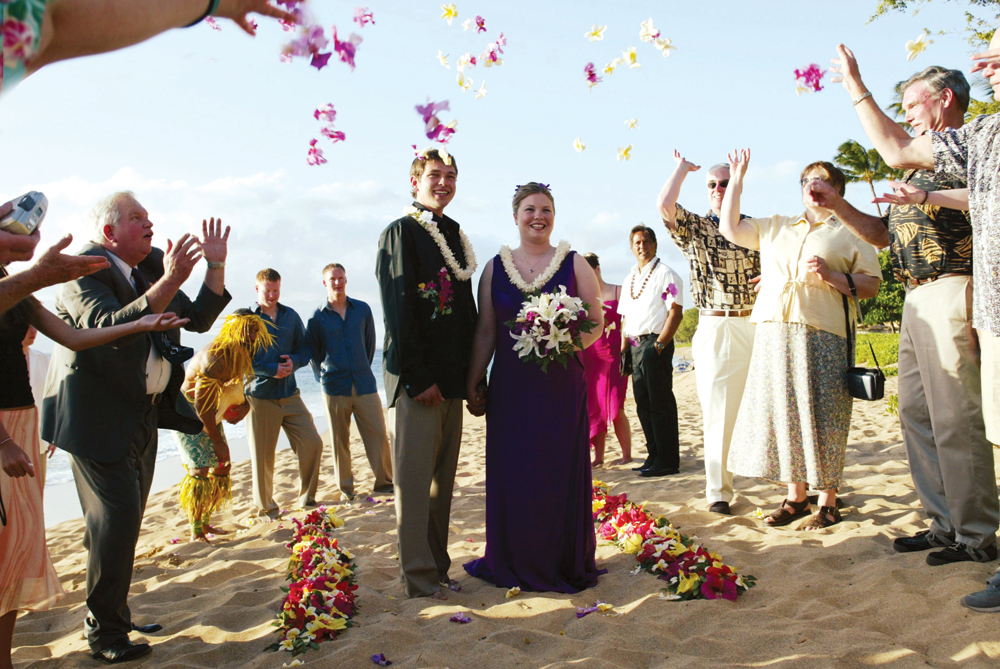 “Before contact with the West, we did not have rings, metal, or ore because our islands are volcanic ...

... So our symbol of love has always been the beauty of nature.”

“Hawaiians traditionally passed their knowledge on by word-of-mouth,” says Kahu Silva of Hawaii Cultural & Spiritual Services Center. “They shared the gift of the ancestors with those who had the heart for it and were capable of sharing it with others.

“I was fortunate to have mentors who had a link with ancient Hawaii,” says Kahu, who runs his own ministry in Kaneohe, Hawaii, where he blends ancient and modern Hawaiian wedding customs and varied spiritualities.

Early Hawaiians were accustomed to three types of marriages. The first was for common citizens and was called the “Nono Pu.” “There were very few formalities,” he says. “The couple simply fell in love and their parents directed them to promise to care for, work for, and support each other.

“There was also an informal exchange of commitments and simple vows called ‘Ho’ohiki.’ These were sealed with the traditional ‘honi kiss,’ or touching of the noses. The occasion was then celebrated with an exchange of leis and a small dinner welcoming the man as an official member of the woman’s family.”

The second type of marriage, called the “Ho’ao,” formalized the union of royal couples for the procreation of noble offspring. “Literally meaning, ‘to stay until daylight,’ the Ho’ao was a nuptial ceremony which took place on the 11th night of the month and was believed to be the result of God’s decree to create a lasting bond between man and woman,” says Kahu.

“The families planned an elaborate feast. The bride was adorned with beautiful flowers and was carried to the marriage house on a traditional chair decorated with tapa, vines, and flowers, symbolic of Hawaiian deities. There the couple was wrapped in a tapa cloth which symbolized their unity.”
Next, the marriage agreement was verbalized in front of the high priest and chiefs, followed by a large wedding feast called “Ahaàina Male,” which lasted for two or three days. “Everyone from near and far was welcomed.”

After the couple received “ho’okupu,” or ceremonial gifts of food and cloth, they enjoyed the privacy of their new home as “ho’ao pa’a,” or husband and wife, for their lifetime together. “The primary purpose of the Ho’ao, and all marriages, is procreative,” says Kahu. “This is the divine power for which all cultures and civilizations unite.” 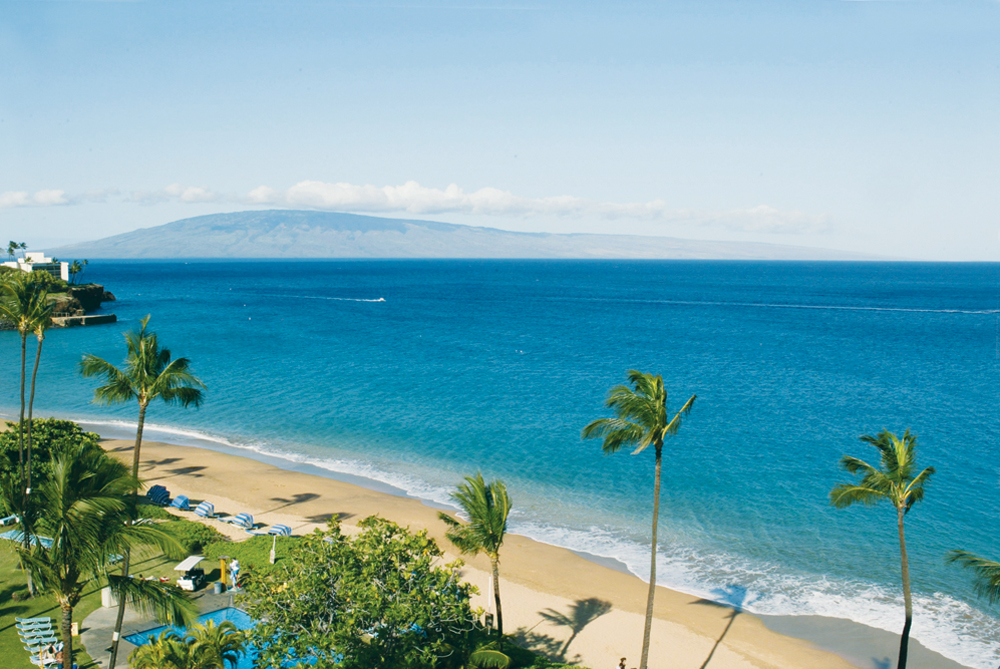 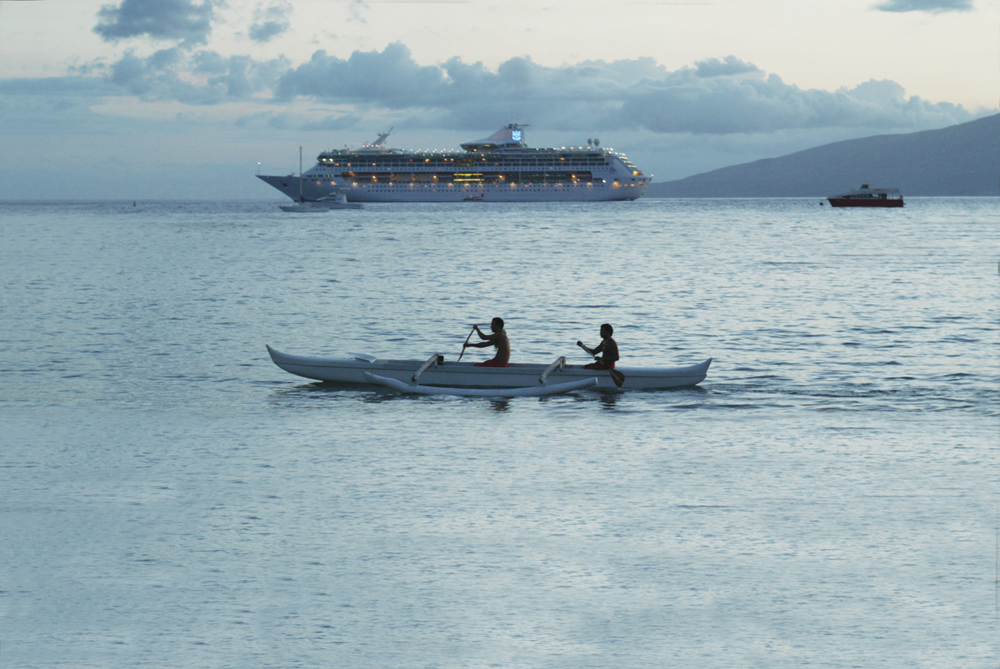 The third type of marriage is a sacramental, Christian ceremony. “It came about as a result of Western contact and the coming of the missionaries,” says Kahu. “They did not allow Hawaiian traditions.”

Fortunately, modern day couples who would like to combine Hawaiian traditions and those of a particular religious faith may create a blended ceremony. “There are so many beautiful rituals and customs that have a symbolic connection to nature and the universe,” he says. “Natives who are proud of their culture and heritage seek out this sort of ceremony, as do a lot of people from out-of-state.”

If you want to bring Hawaiian flare to your wedding, whether it’s taking place on the islands or near your hometown, there are several rituals you might consider.

“The ancient processional chant dates back hundreds of years to the days of royal weddings,” says Kahu. “It invites the universe to unite the couple so they can proceed with a new life together in harmony and peace, with the power to overcome any obstacle.” There’s also the creation chant, helping  connect the wedding couple with nature and the sea.

Symbolic of a couple’s love for each other is the creation and presentation of the maile vine. Gathered first as branches from the Hawaiian mountains and forests, the bark is stripped back to reveal the fragrant vine. “Many of them are tied together to represent Mother Nature and her blessings,” says Kahu.

Today, Kahu wraps the maile vine around the couple’s hands, symbolically uniting them with the blessings of nature. “It connects the couple to our land, so Hawaii will always be a part of their lives and hearts,” he says. “Before contact with the West, we did not have rings, metal, or ore because our islands are volcanic. So our symbol of love has always been the beauty of nature.”

During the entwinement of the maile and the ti leaf, Kahu pronounces the couple husband and wife, the Hawaiian way: “What our God has drawn together, let no one separate.”

The ceremonial presentation of leis is accompanied by chants that honor the couple. While a maile lei is suitable for the groom, brides often enjoy pikake or jasmine leis, which represent purity of heart and the beauty of femininity.

Traditions: the Hula & the Lei

With no written language, Hawaii’s history was preserved in exotic chants and dance. The early hula dancers dedicated themselves to discipline and study from childhood, learning both the spiritual and physical aspects of the sacred dance, and then using their knowledge to pass on stories from generation to generation.

Hula was accompanied by music from instruments made of gourds, bamboo, feathers, shark skin, and ocean or river pebbles. The dance declined with the fall of the ancient system, and then practically disappeared after the puritanical Christian missionaries arrived from New England in the 1820’s.

But Hula was passed on in secret, and in 1874 King Kalakaua reintroduced it at his inauguration, at Honolulu’s Iolani Palace.

Another popular Hawaiian tradition is the garland of flowers called the lei. Other Hawaiian jewelry comes from nature as well, such as ferns, shells, feathers, seeds, and leaves. Leis are given to mark major life occasions, including weddings, arrivals, and departures.

For your music, you may want to incorporate traditional Hawaiian songs, such as the well-known “Ke Kali Nei Au.” “Our music is very soothing and romantic,” says Kahu. “You also can have vocalists share a duet called  ‘Lei Aloha Lei Maremae,’ or have a musician play the lack key, a traditional Hawaiian guitar instrument which sounds similar to a harp.”

For an authentic touch, a bride may choose to prepare and perform a special hula for the groom. “It’s a very poetic song that says her face glows like the moon. The hula was taught to us by the gods, and we consider it a magical dance,” he says. “There is no more beautiful expression of our culture than the story-telling hands.” 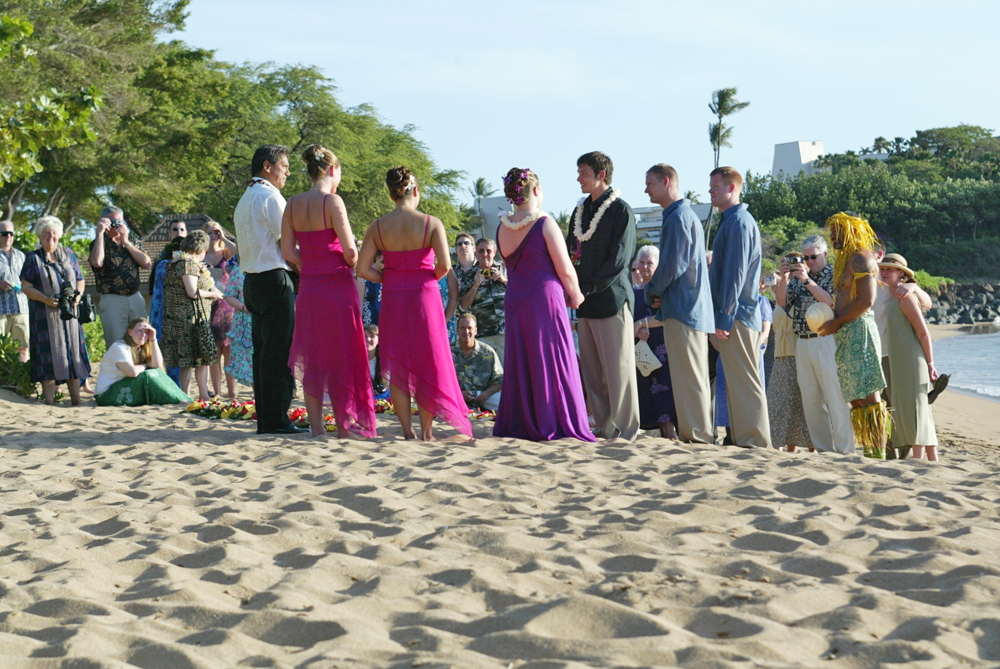 For a Hawaiian atmosphere, consider tropical flowers like orchids, ferns, and ti leaves, as well as woven baskets and other décor made of coconut leaves. For favors, traditional Lauhala-woven boxes and containers work nicely with chocolate or nuts wrapped in bark cloth.

Though all these touches pay homage to the Hawaiian tradition in a special way, you may want to add what Kahu considers the most essential element of a Hawaiian wedding: speaking your words from the heart. “When a couple speaks from the heart, you can see and feel the love they have and feel blessed to be a part of that moment. When the families hear it, they can unite and be assured the couple is brought together by a divine source.”

One of the best ways to bring traditions to any wedding is through cultural dishes. Chef Alan Wong, owner of award-winning restaurants in Hawaii and Tokyo, and holder of a Pacific Northwest title for the James Beard Award for Best Chef, tells us that a wedding traditionally calls for a luau, a large Hawaiian feast. “A pig is placed in a ground pit and is honored in a ceremony, then cooked, shredded, and served,” he says.

“You’ll also find food like poi, a starch that comes from the taro root, as well as lomi lomi salmon, which was originally brought to the islands by the missionaries. There’s also a variety of raw foods like poke, marinated fish cubes with a simple mixture of Hawaiian salt, groundnuts, and seaweed.

“But that’s adventurous if you’ve never been to luau before,” he adds. If you’re looking for something contemporary that represents the islands’ history, consider Chef Wong’s Hawaii Regional Cuisine, consisting of his unique and creative East-West menu.

“Hawaii is the melting pot of the Pacific because people of many nationalities live here,” he says. “The original Hawaiians came from Polynesia. Later the missionaries came from Europe. When sugar cane and pineapple were first grown, immigrants from Japan, China, Korea, and the Philippines came to work the fields. All these people brought their ingredients and cooking techniques with them.

“So our food is naturally East-West and my dishes reflect this,” says Chef Wong who is of Chinese, Japanese, and Hawaiian descent. “I learned to cook from my Chinese grandfather and Japanese mother.”

His mixed cultural background combined with French training (New York City’s Lutece) has inspired his cross-cultural cooking style which allows him to have up to three or four ethnic influences on a single plate.

For your wedding, you might try a recipe from his cookbook, “The New Wave Luau.” For an innovative salad, he suggests a Caesar topped with traditional Kahlua pig. For a new spin on poke, he fries it in wonton strips until it scatters and flakes, and serves it with wasabi and avocado.
For a main dish, try ginger-crusted Hawaiian red snapper with an emulsified vinaigrette. “Vinaigrettes fit Hawaii perfectly,” he says. “They’re lighter than cream and perfect for the warm weather climate.”

For a tropical wedding cake, Chef Wong suggests passion fruit, guava, or coconut filling with a simple vanilla or chocolate batter. Tropical flowers and foliage can also be used as cake decoration.

Hawaii’s multi-cultural history has also influenced a unique style of dress. For a historical and contemporary perspective, we caught up with fashion designer Jill Cullinan of Princess Kaiulani Fashions, a family-run business that’s been in operation for over 50 years.

“A lot of people think Hawaiian wear is a trendy Aloha shirt or a typical muumuu — a full-cut garment in a bright colored print,” says Jill. “But Hawaii is a melting pot of fashion, combining Japanese, Filipino, Portuguese, Chinese, European, and American influences.”

According to Jill, “traditional Hawaiian,” is really a matter of opinion. “In pre-missionary times, everyone wore very little clothing, and women were only clothed from the waist down. Later, in the 1850’s, the missionaries influenced the use of the full-cut muumuu,” she says.

“What makes it different from other gowns is the traditional train, which was first popularized by Hawaiian entertainers during the tourist boom of the 1940’s,” Jill says. “We use a small fish tail train, or a full gather train with a fan effect, both of which are very beautiful as the bride walks down the aisle.”

While white is the most popular color choice for brides, bridesmaids gowns are available in locally hand-screened fabrics with island floral prints, often tone-on-tone in shades of purple, pink, green, and teal.

For bridal accessories, turn to the beauty of nature. “Antheriums and orchids are nice in a tight bouquet or placed in the bride’s hair,” says Jill. Brides can also wear a ‘Haku lei,’ a wreath-like crown worn on the head, made of small flowers such as baby roses, orchids, or an island favorite, sweet-smelling pikake.

Jill also has found inspiration in royal Hawaiian gowns, which she’s researched in the archives of the renowned Bishop Museum in Honolulu. After measuring and sketching garments over 100-years old, she has created reproductions of gowns worn by some of Hawaii’s most prominent historical figures including Queen Liliuokalani, Queen Kapiolani, and Princess Kaiulani.

“In Hawaii, we have a unique cultural mix that dates back centuries,” says Jill. “We roll many styles into one — and call it Hawaiian.”