You are at:Home»Insights»Traditions | The French Wedding 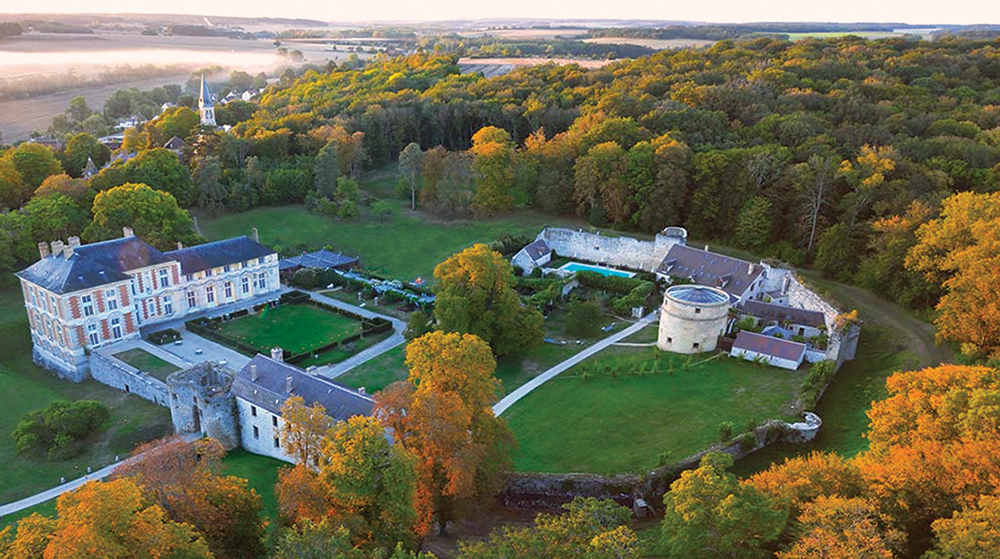 The French Wedding ... is a celebration of ancient traditions, religious devotion, friends, and family. While the French countryside itself, as seen in the aerial image of Château de Vallery at left, inspires elegance and artistic beauty.

We had the great pleasure of going to Vallery, France, just south of Paris, and visiting Château de Vallery, formerly Château des Condé. Built over the 12th to the 16th centuries and now renovated, it is both grand and intimate, and plays host to many romantic weddings. Inspired as we were, we began to explore the wedding traditions of France.

We discovered that wearing a white bridal gown on the wedding day is one of many customs that began in France several hundred years ago and continue to this day. The traditional bridal trousseau, or hope chest, also originated in France. It came from the French word “trousseau,” or bundle, which referred to the small bundle of clothes the bride would take to her new home.

Common in many cultures, fragrant flowers are selected as bouquets and decorations to ward off evil spirits. Wearing orange blossoms also became a wedding day symbol in France. Legend has it that the tradition began with a French ambassador who wanted a clipping from an orange tree in Spain. He sent his gardener’s daughter to get it, promising her a large dowry in return. She got the clipping and on her wedding day, she wore orange blossoms in her hair to honor the orange tree that helped her marry. 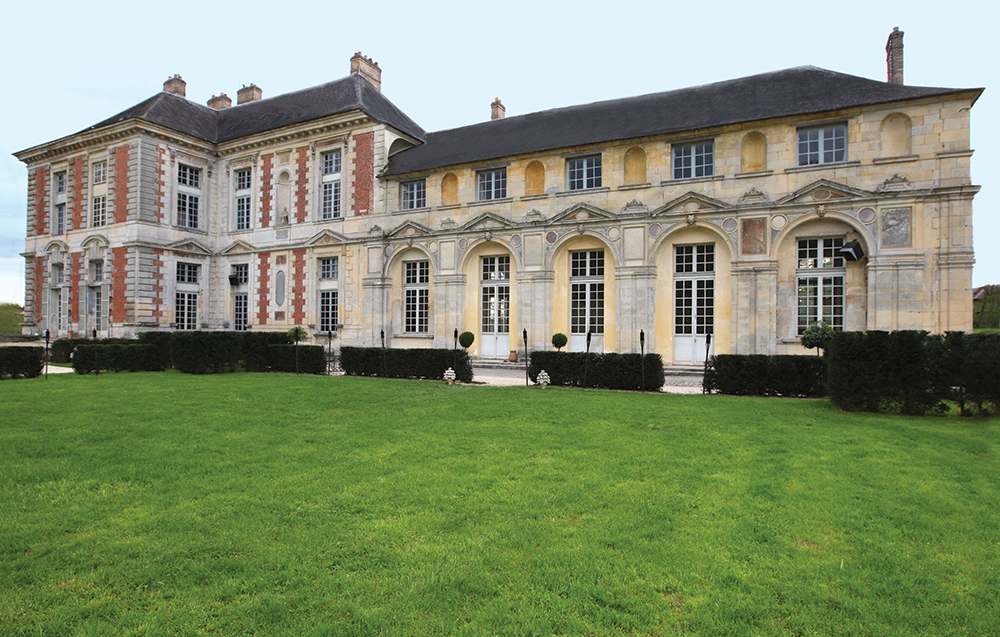 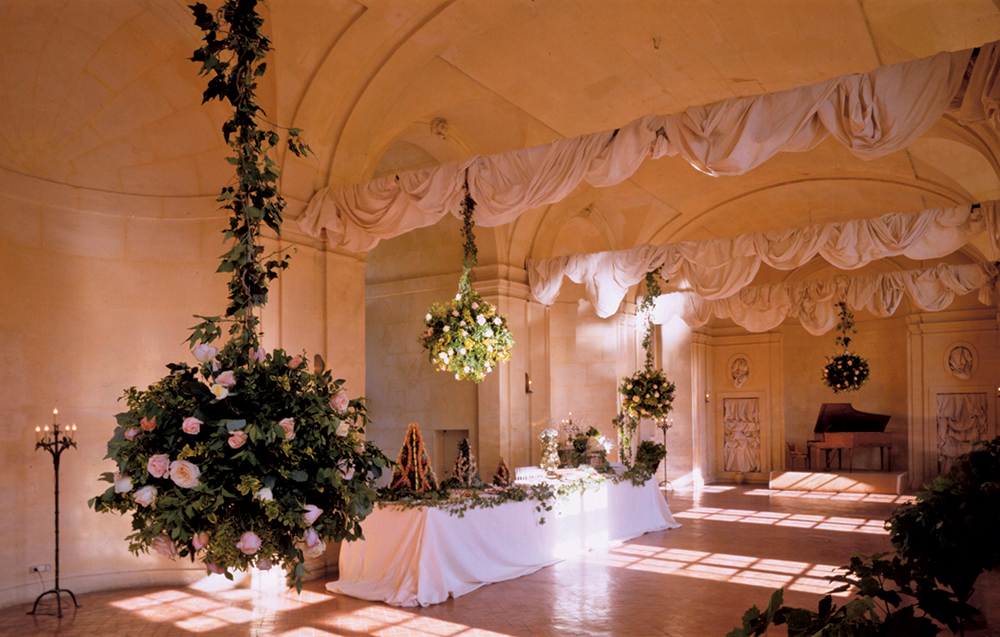 Another traditional French custom, still practiced in small villages today, is for the groom to call on his future bride at her home on the morning of their wedding day. Then, in a procession with musicians, the bride’s and groom’s parents, and guests, the couple proceed to the church. Children typically block their path with white ribbons which the bride must cut. These “obstacles” symbolize the difficulties the couple may encounter, and then have to overcome, in their new life together.

Following the wedding toast at their reception is “la coupe de marriage,” where the bridal couple drink together from a specially engraved, double-handled goblet, usually a precious family heirloom.

In decorating the banquet hall, tables are often flooded with flowers brought by the guests, and the bride commonly wears a wreath of flowers in her hair.

To signify the uniting of two families through marriage, during the reception the new couple also raise a glass of wine from two different vineyards, pour their wine into a third glass, and drink.

The château’s proprietors, Patrice & Ariane Vansteenberghe, tells us that during cocktails, it is customary for the bride to throw her bouquet into the air behind her, and that the girl who catches it will get married in the year.

“When the desserts are presented, we have a pyramid of champagne glasses that the couple will stand over. They will meet at the top and then share their wedding cake. Then there are often a few films or videos caricaturing the lives of the newly married couple, sometimes with projections directly on the walls of our Grande Galerie.

“All night long we will burn torches,” says Patrice. “We will light them during the shooting of fireworks — which often lasts until dawn!” The park is completely wired with a sound system, and the DJ’s sometimes underscore the grandeur of the fireworks with dramatic classical music.

Below: at left, French wedding traditions in the French château's setting ... at right, in the château's medieval wine cellar. 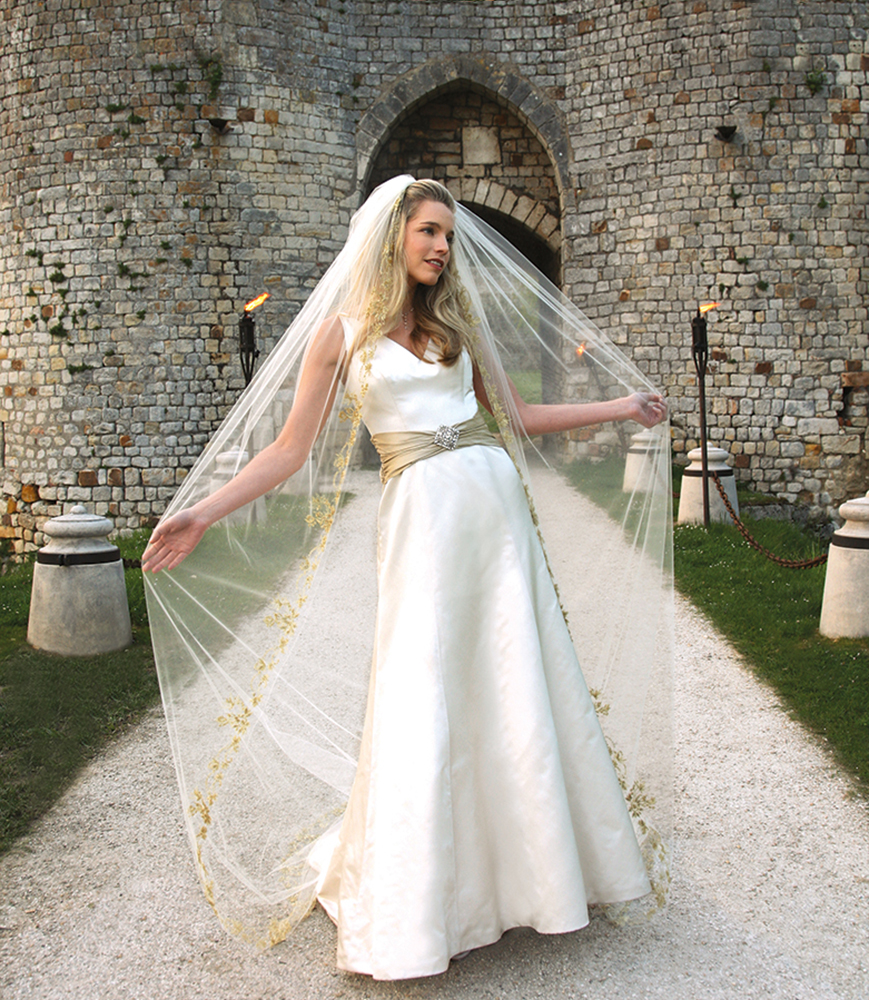 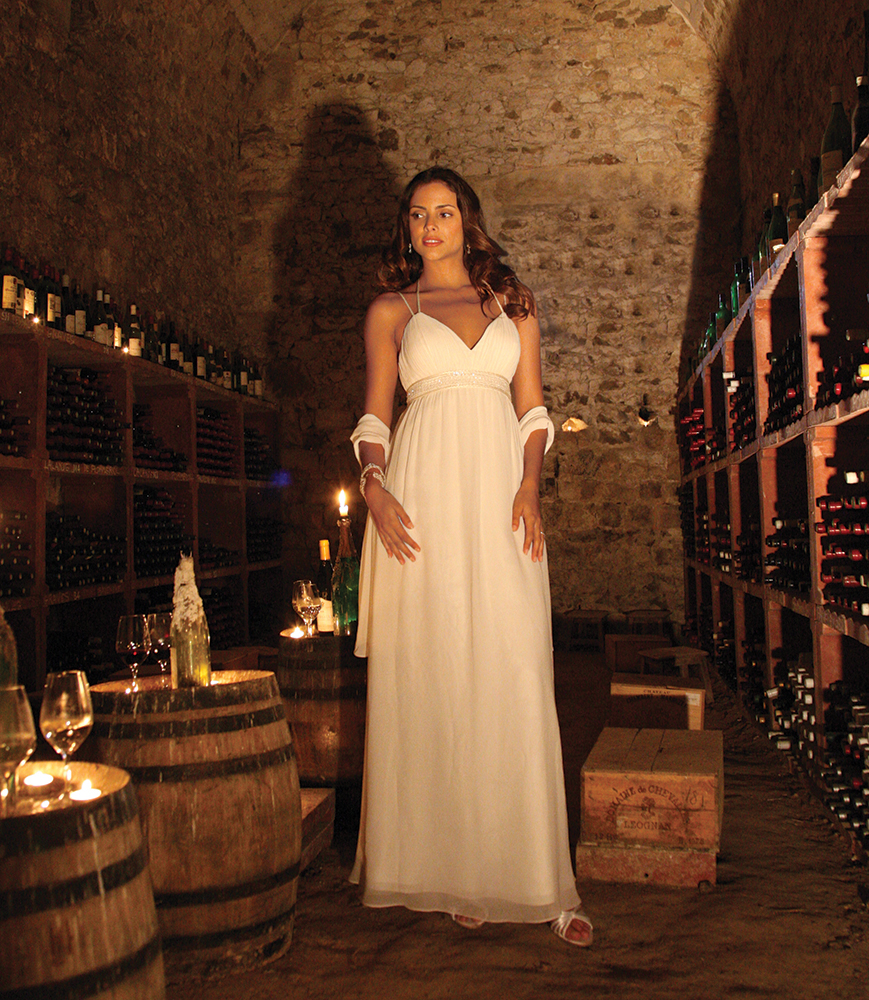 “We used to say that in the castle, it is difficult to keep our guests spending too long in one room.” Instead, Patrice and his staff like to create receptions that wind from one place to another throughout the castle and its grounds. “It is not rare for a wedding ceremony to take place in the orchard, followed by cocktails around our Grand Bassin, then with dinner by candlelight under the trompe l’oeil in the Salle des Tentures.

“Fireworks in the park would then open the ball in the Grande Galerie, with traditional French onion soup served ‘after,’ around a bonfire.”

“Whatever the rite, all the ceremonies here have included the same ceremonial exchange of rings and exchange of consents obtained by the officiant. In the Jewish rite, it is customary to break a glass to recall the destruction of the Temple in Jerusalem. All these rites carry the same ethical union under God, certainly, but are also witnessed by parents, family, and friends.

“The main ingredient in a wedding at the Château de Vallery is to plan your event to take place over two to three days,” says Patrice. “As they arrive, your guests can first relax in one of the 60 rooms here and around the castle and in the few lodgings nearby, where they can get ready for the days-long festivities.”

An old French custom would occur after the wedding reception, into the couple’s wedding night. Their friends might show up outside their window, banging pots and pans and singing boisterously. The groom then is expected to invite them in for drinks and snacks. This is called “chiverie.”

The French brought the custom to America, where it spread from French settlements in Canada and Louisiana. In rough pioneer areas, the chiverie became a ritual humiliation of the bride and groom.

Fortunately for the bride and groom, this tradition has since become more refined, and is practiced today as simply tying a cowbell under the bed or tying cans to the car. 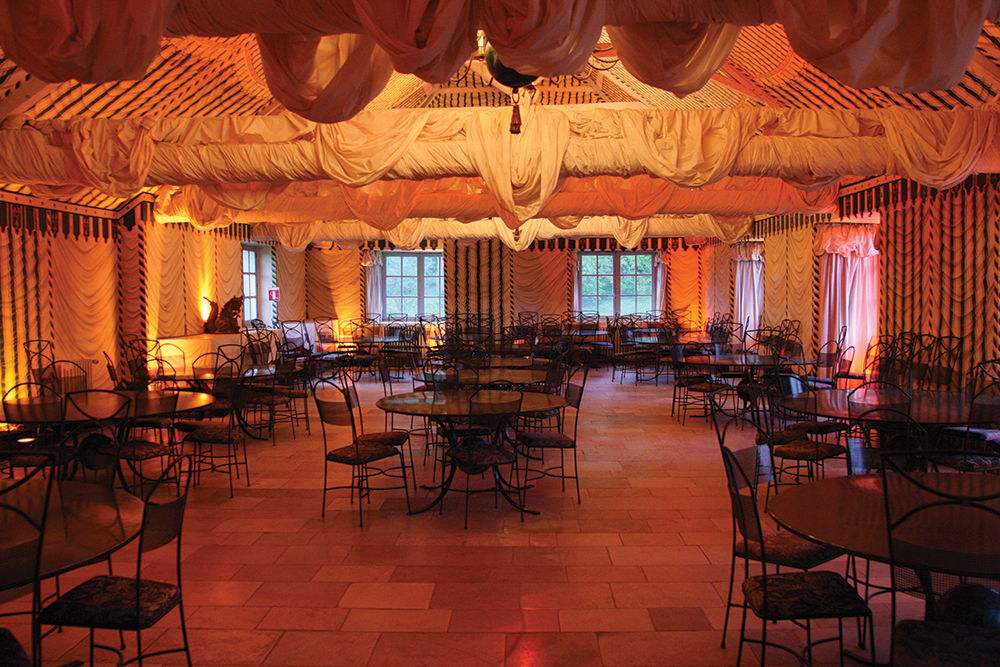 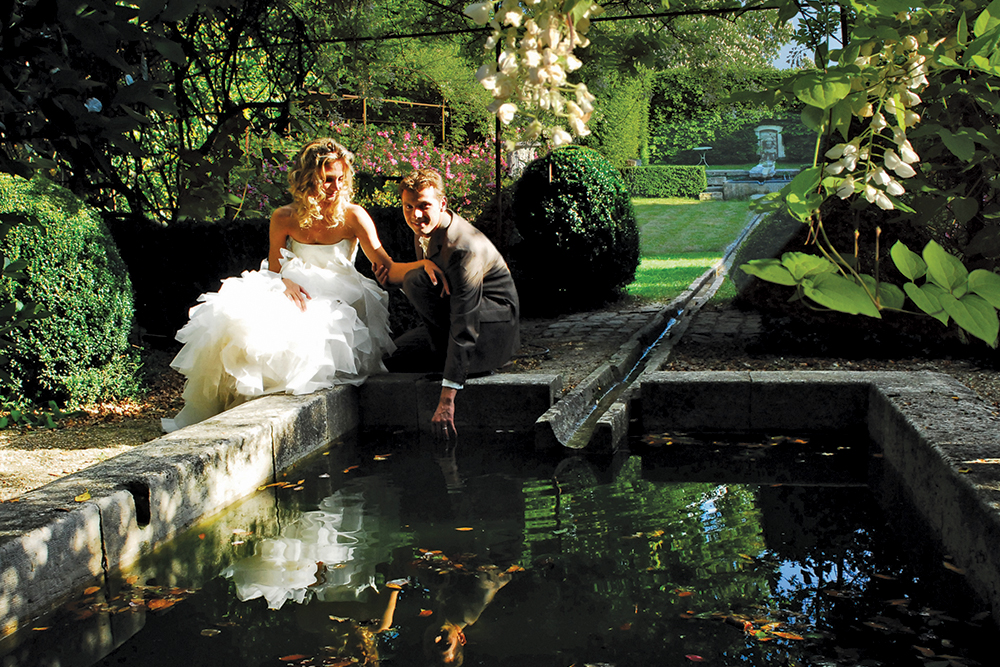 The wedding cake itself is an adaptation of French pastry. Originally large biscuits, representing a life of richness, were served. Over time, the biscuits evolved into tiny cakes and then the French began to decorate them with icing.

The wedding cake is made of small cream-filled pastry puffs placed in the shape of a pyramid and covered in glaze. It derives from the old tradition where guests would bring small cakes to the reception and pile them in the middle of a table, one on top of the other. The bride and groom would have to kiss over the top of them, to symbolize a long life together.

A French Wedding In America

At a recent wedding in New York, the designer created a French-themed wedding to introduce their culture to their wedding guests. They served foods from various regions of the country. The bride, groom, flower girls, bridesmaids, and even the guests dressed according to the historically-inspired wedding theme, which was designed by the bride.

In cutting the cake, the bride explained that no one was supposed to get a piece of the middle part, which is a symbol of superstition. The bride tossed her bouquet and the groom took the garter from the bride’s leg and threw it to a group of single men. Just as in the U.S. tradition, the one who caught it would supposedly be next to get married. 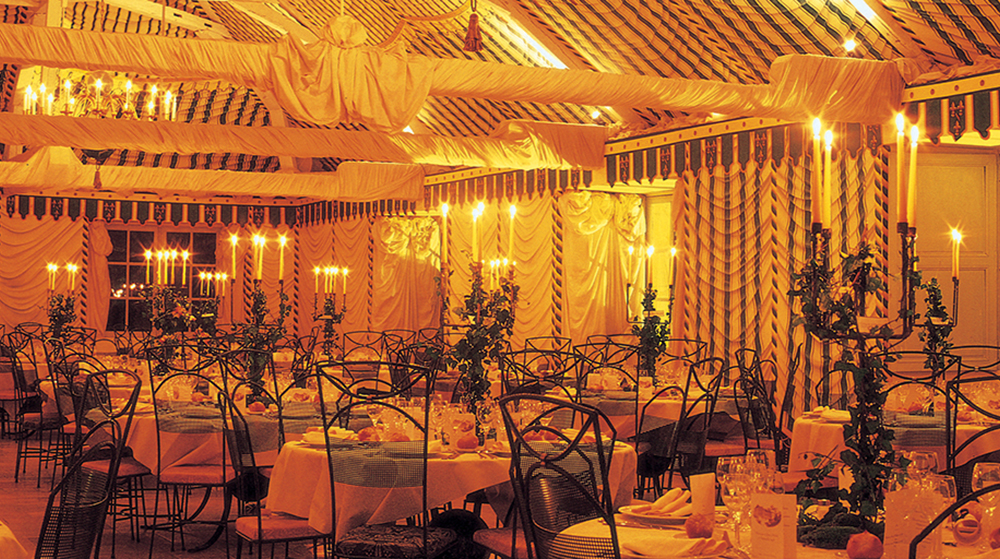 Traditions for the Ceremony

During the ceremony, the French couple stands beneath a “carrel,” a silk canopy symbolically protecting them from bad luck. It’s a tradition to then use the same carrel for the baptism of their children.

the bride and groom leave the church, they are showered with wheat or rice as a symbol of fertility. They also walk on laurel leaves, which have been scattered outside the church for them.

A typical French wedding lasts all day and into the next. It often starts with a civil ceremony in the morning, and is followed by a religious ceremony, then a small cocktail reception (a vin d’honneur), a four or five-course meal, and then dancing, which often starts between dinner courses. As Patrice has explained, a typical French wedding doesn’t end until three or four am, or even later.

“The day after the almost all-night wedding at Château de Vallery, we might have a tasting of wines in our vaulted 12th century wine cellars,” says Patrice, “perhaps later with a tagine of veal and lemons or lamb and prunes, all served with semolina couscous and pastries, in the Oriental Pavilion.

“Then our friends would return home, after a small stay in Paris, remembering the satisfaction of having experienced all the lights, excitement, and friendship that can be offered at a castle of the French Renaissance.”

We invite you to bring the majestic feeling of a Renaissance castle wedding to your special day — through touches of food, music, entertainment, or decorations — whether here or in France.