You are at:Home»Insights»Venues: Budgets, Menus, & More»Landmark Hospitality | Enjoy All Your Celebrations 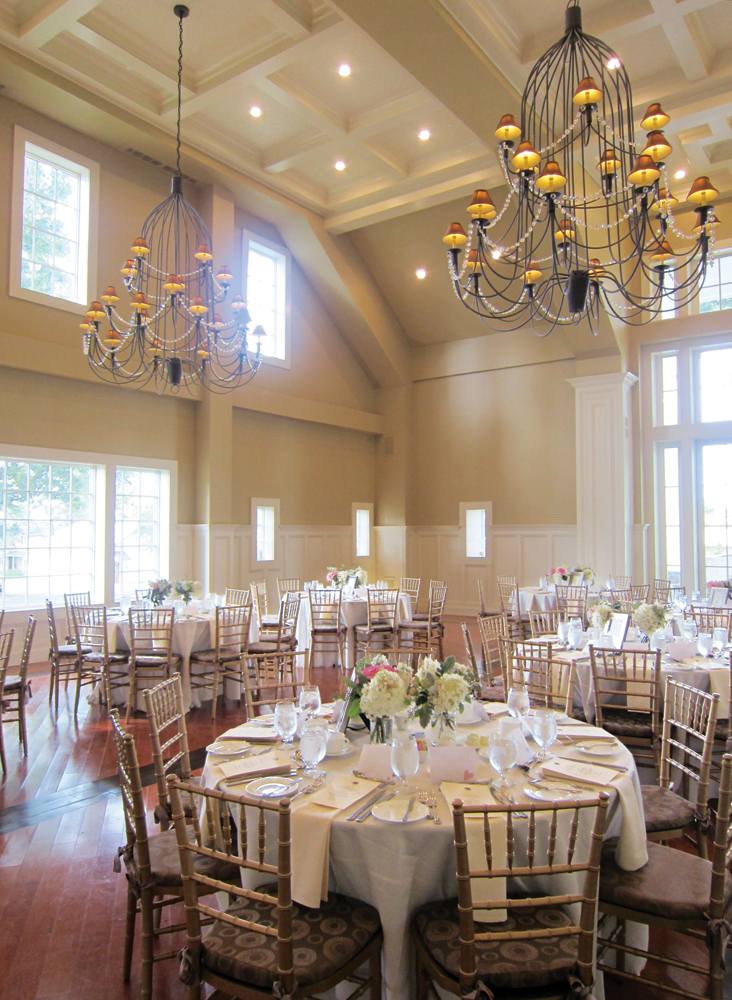 Since before they were married, Stone House at Stirling Ridge was one of Larissa and Michael Minitelli’s favorite restaurants. “We live nearby and go there for birthdays and anniversaries,” says new wife Larissa. “One night, we were going to dinner with friends to enjoy the food, the atmosphere, and the whole environment.”

Before they left for dinner, Michael proposed in front of their Christmas tree. “Then he had some of our closest friends and family waiting at Stone House to celebrate with us. It was such a surprise! We got cocktails and appetizers and it was great.” 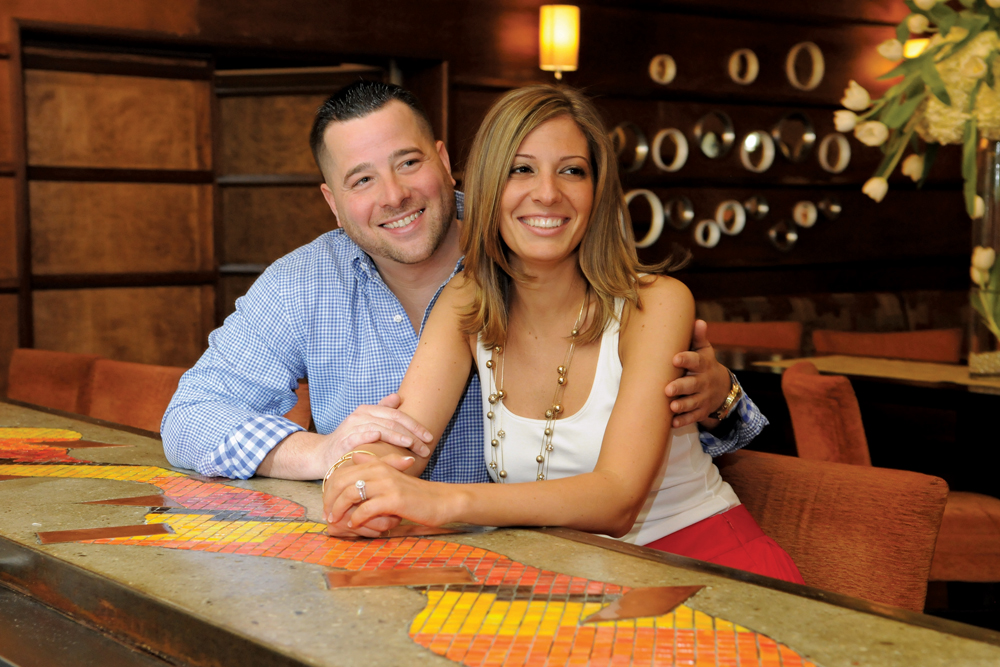 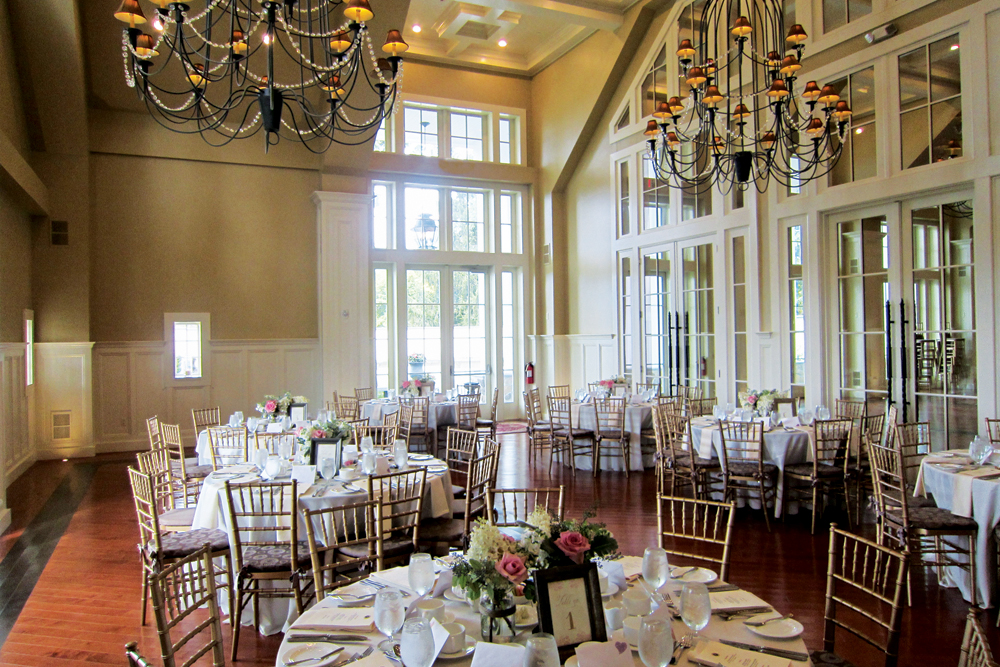 Larissa asked Jeanne Cretella, the owner, if they could take their engagement photos there, since it was such a special place for her and Michael, who had just become her husband-to-be. “When the day came, we took pictures inside and outside. My favorite picture was actually at the bar, since my husband and I like to have a drink and eat at the bar when it’s just the two of us. We took pictures in the wine cellar too.The grounds are beautiful, so we also took a lot of pictures outside.”

For their wedding ceremony and reception, they ended up booking Liberty House, another property owned by Jeanne Cretella’s company, Landmark Hospitality.

“My husband and I were going out for dinner one night months before our wedding. Since we had our engagement pictures at Stone House and were going to have our wedding at Liberty House, for dinner we decided to try Ryland Inn, another Landmark property!

“We were at the bar for a drink and while I was looking around I thought, ‘I want to have my shower here.’ Jeanne was there and I mentioned this to her and within a week, I booked my bridal shower there at Ryland Inn! It has a country charm and a rustic elegance. We loved the whole atmosphere and feeling of the place.” 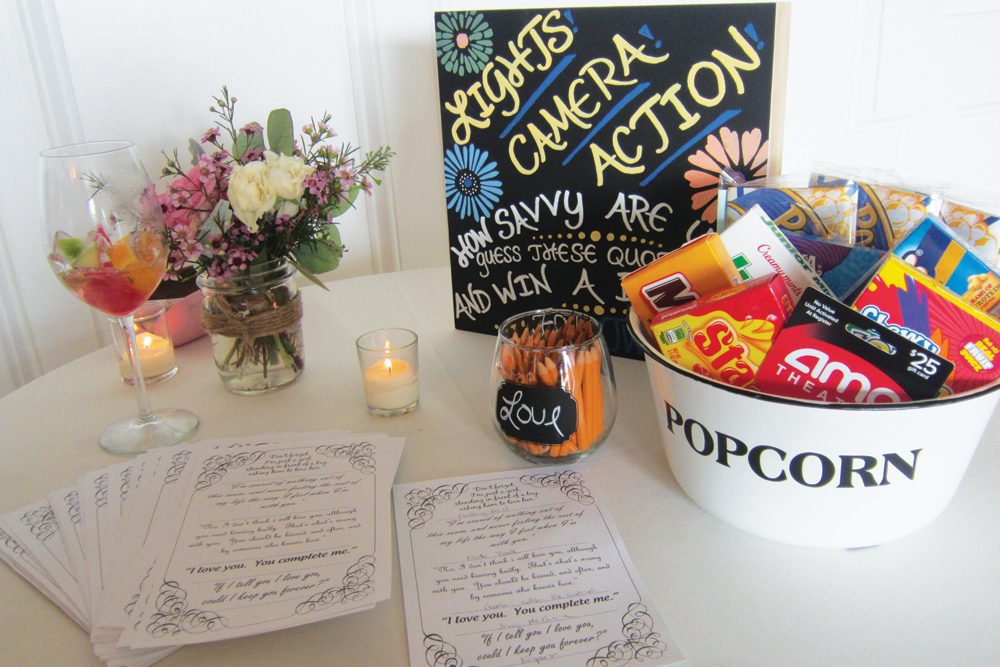 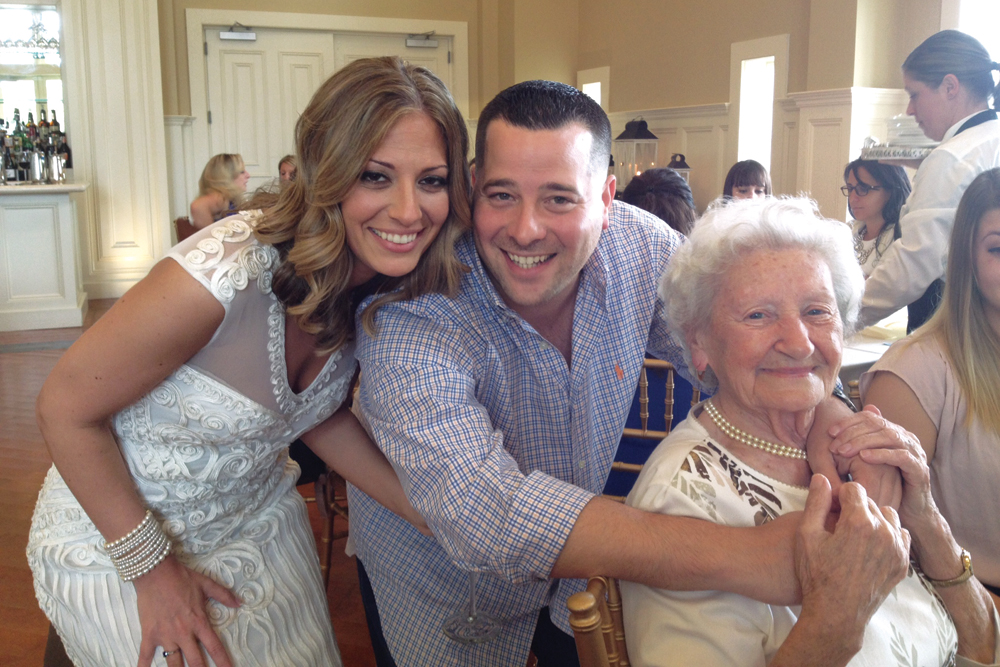 Larissa had about 70 people at her bridal shower. “My mother, mother-in-law, sister-in-law, and bridesmaids all played a part in creating my bridal shower. All my friends from home, work, and college, as well as my family and Mike’s family were there celebrating with me.

"It was great to spend time with everybody, and even my grandmother was there. She’s the one only left out of all my grandparents and she is 90 years old, so having her there with us meant a lot to me.”

The first hour was a cocktail theme. They had wine, sangria, and mason jars with other drinks. “We talked, walked around, and took pictures. Then, we had a sit-down lunch, starting with a mixed green salad with blue cheese, pecans, and apple cider vinaigrette; organic salmon or organic chicken; plus cupcakes and pastries. 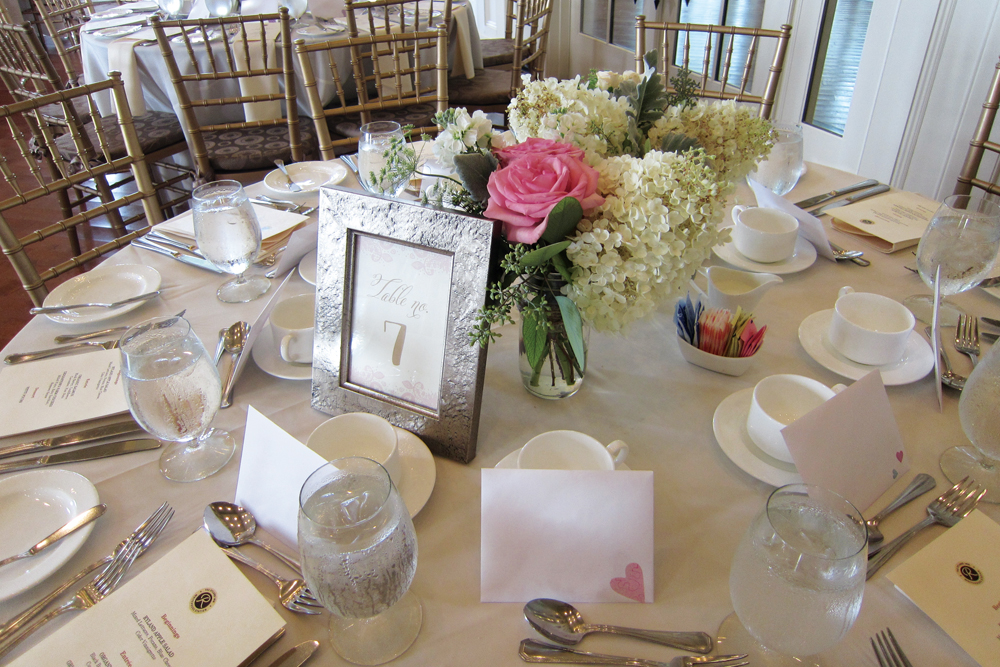 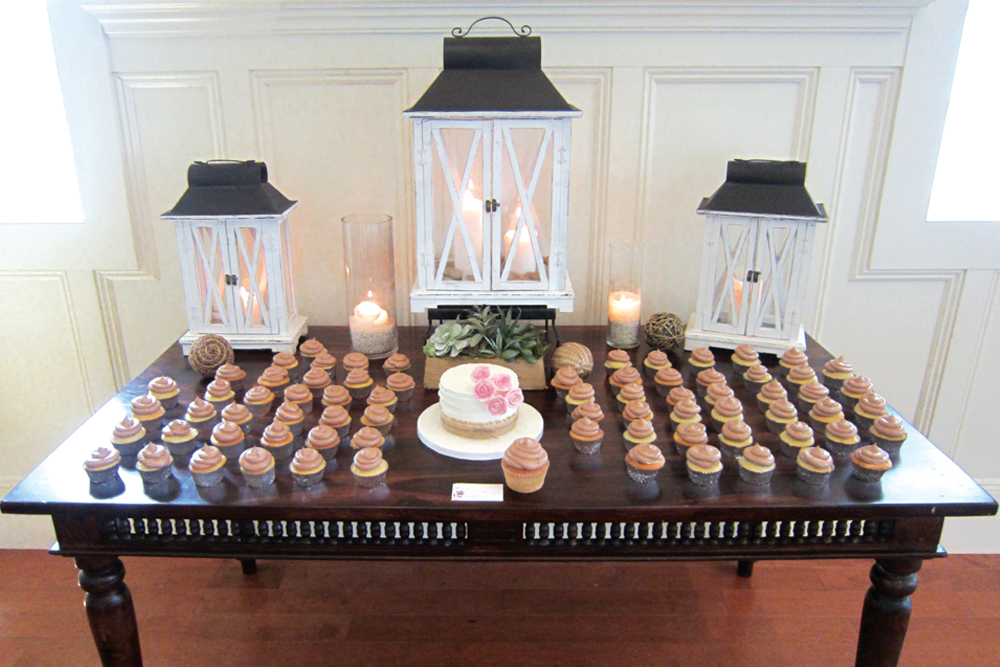 “The whole theme was rustic elegance. We even had burlap and mason jar centerpieces. My bridesmaids had different games and made gift baskets for the winners. We also had a ‘Display Shower,’ so you could go around and look at the gifts, which allowed everyone to talk and not just have to sit there and watch me open presents. It let us spend more time with each other. Now, looking back at pictures, I just think, ‘Wow, that was really beautiful.’ ”

To organize the event, Larissa’s sister-in-law worked with Danielle Gomez at the Ryland Inn, and Jeanne helped coordinate everything with Larissa as well.

We featured Larissa and Michael’s wedding in a previous issue. “Michael and I wanted a wedding venue that was near water and also had a view of New York City. We had both been to the Liberty House before and knew how great the food was, and as soon as we saw the room with its floor-to-ceiling windows, cathedral exposed beam ceilings, and its breathtaking view, we knew Liberty House was for us.”