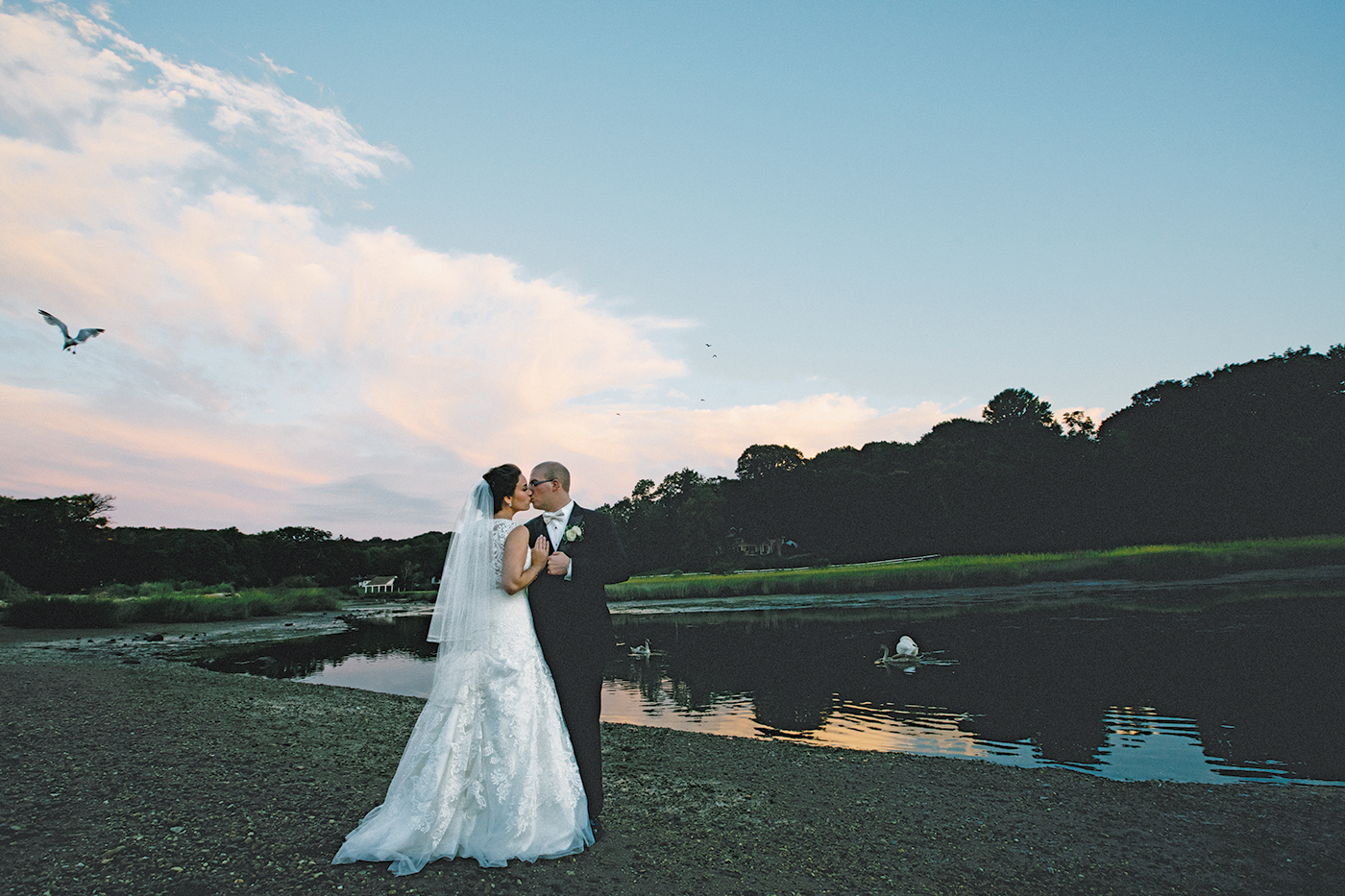 Victoria: Nick and I met in college and we started dating shortly after graduation. After about two years of dating, Nick’s proposal was quite the surprise! I am a teacher on Long Island and every Friday during the morning announcements, the school has a “mystery voice,” who sings a song or reads a book and all the classes have to guess who’s on the loudspeaker. Nick coordinated with my principal to read a poem on the loudspeaker. I didn’t realize it was him until he showed up at my classroom door, got down on one knee, and asked me to marry him!

Nick: We wanted an intimate, elegant venue with plenty of space of dancing. The ballroom at Three Village Inn had everything we were looking for, including oval tables. The staff was accommodating and phenomenal to work with. Dan Laffitte, the general manager, and Evelyn Ceballos, banquet manager, helped us plan every detail. From the menu to the décor, they offered us ideas and options that truly added a special touch.

Victoria: To honor both our families, our wedding was on my grandparents’ wedding anniversary and we were married in the church that Nick’s parents were married in. One of our friends from college, who has since become a priest, married us. 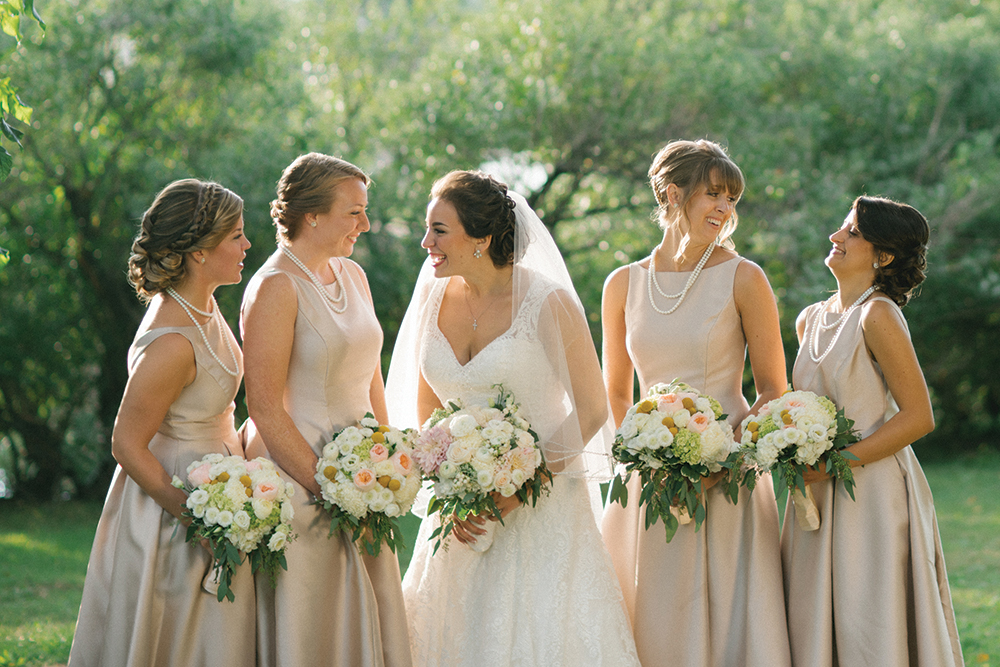 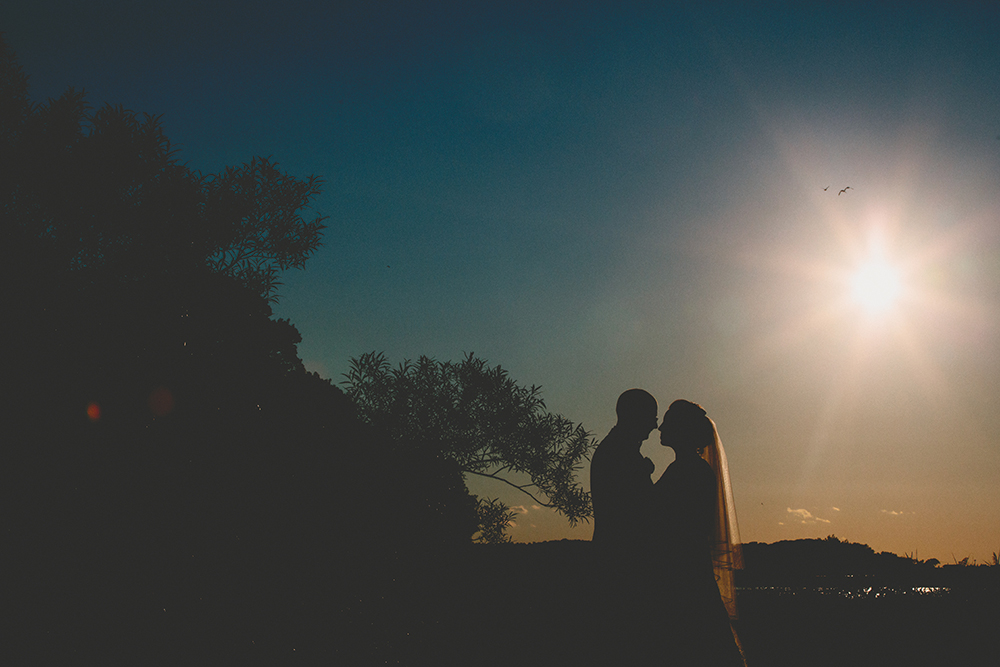 Our cocktail hour was held both indoors and outdoors. A beautiful hutch displayed our guestbook and photos of us throughout the years. The passed hors d’oeuvres included crab cakes, tuna tartare, baby lamb chops, and more. We also had a seafood raw bar with items like clams and oysters, a trattoria station with tricolor cheese tortellini, a carving station with turkey breast and Virginia ham, and a “From the Hearth” station with seafood paella and chicken parmesan. The food was plentiful and the service was top notch.

Nick: Our ballroom décor was light and airy, with a black and gold theme. Victoria loves wildflowers, so our centerpieces were filled with a variety of color and flair in gold tray vases. I also surprised her with café lights strung above the dance floor, which created a relaxed yet elegant atmosphere.
Our band did a great job of reading the crowd and playing a variety of non-stop music all night. At one point, the lead guitarist handed me his guitar and we played the song “Hey Ya” by OutKast. It was a cool surprise for everyone, including us!

Victoria:  Dinner began with an appetizer duet of a tomato and mozzarella stack and a local garden salad with mustard vinaigrette. For the main course, guests could choose between roasted chicken breast in Madeira sauce, herb-roasted salmon in vegetable mushroom sauce, or chateaubriand in a red wine sauce. 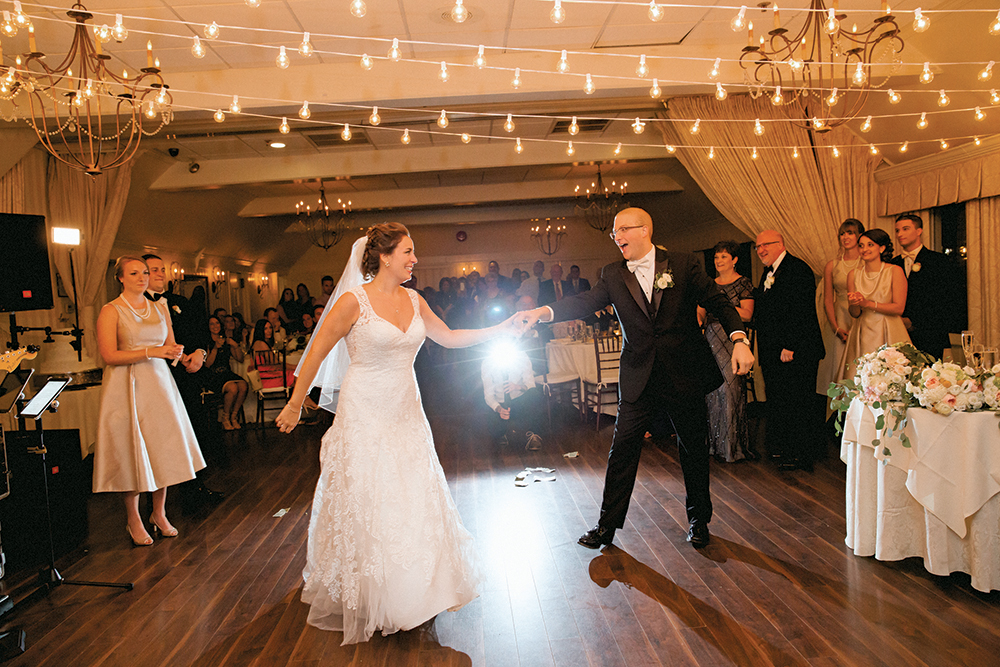 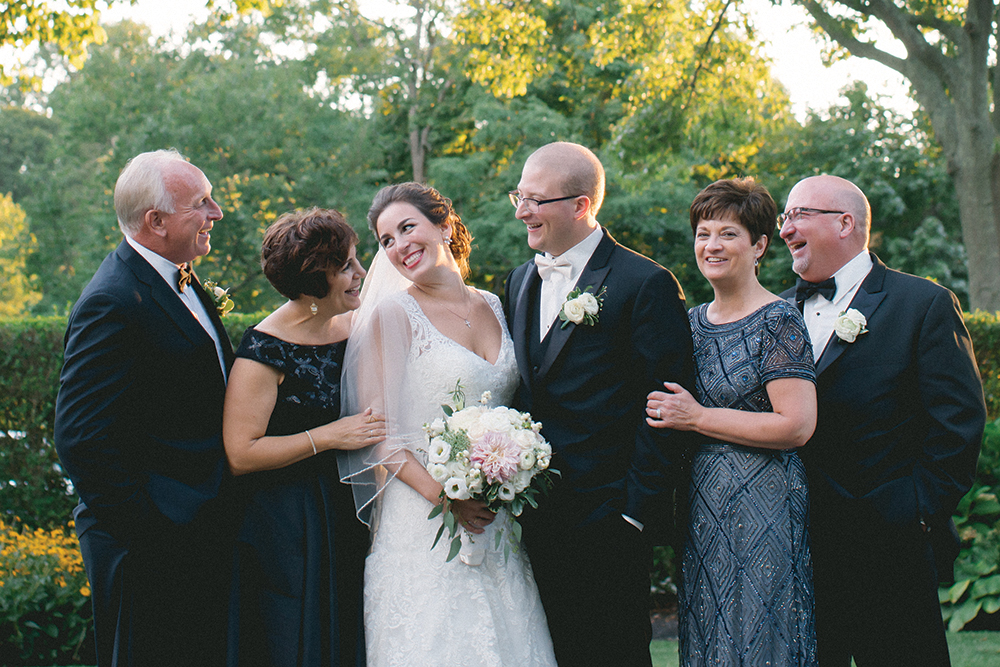 I worked at a bakery from ages 14 to 20 and I always knew I would go back there to create my wedding cake. The cake was incredible and they designed it exactly the way I wanted. In addition to our cake, we had Viennese pastry and cookie platters on every table.